Have you heard? Reviving old ties 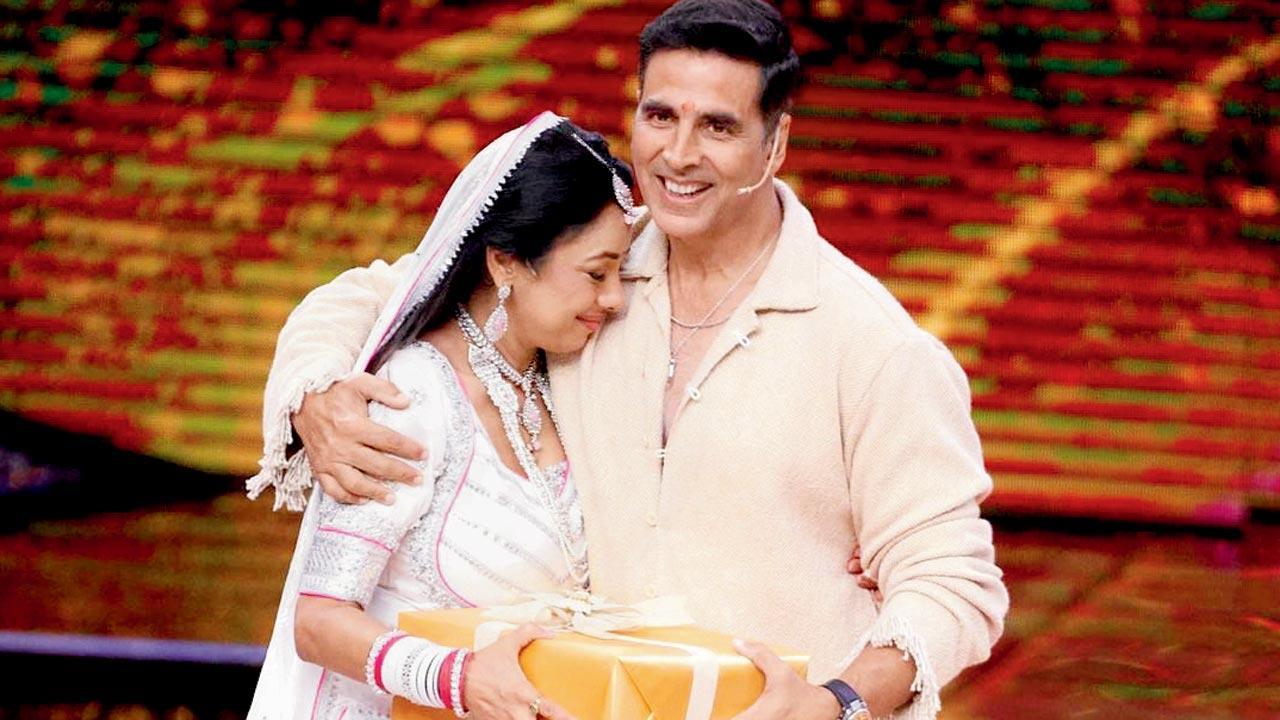 
Akshay Kumar’s visit to the set of Ravivaar with Star Parivaar for the promotions of 'Raksha Bandhan' saw the rekindling of his sibling bond with the show’s host, Rupali Ganguly. She recalled meeting him through her father, Anil Ganguly, who directed him in 'Dil Ki Baazi' (1993). Stating that her father has always been fond of him, she revealed, “Because of papa, Akshay became close to me and I started tying rakhi to him. The friendship that had been lost for nearly three decades has now been revived.” Akshay also invited Rupali to his home to celebrate Raksha Bandhan with the family. 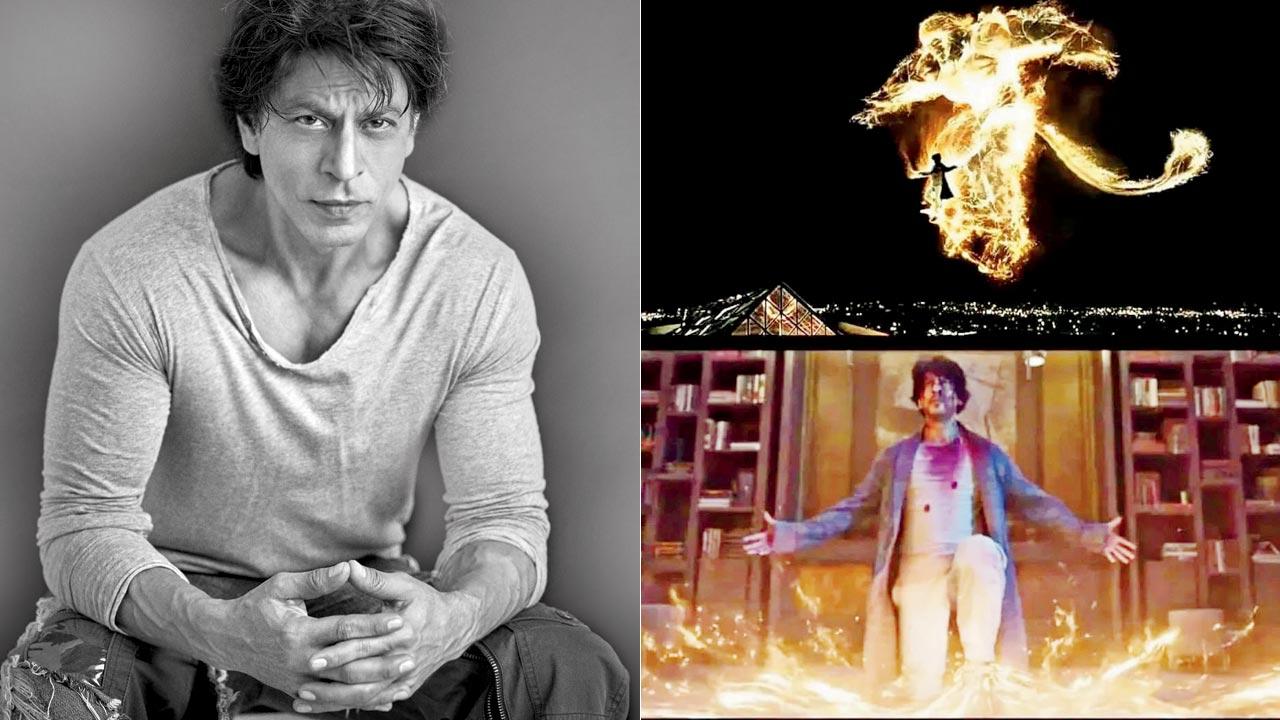 On Friday, rumours were rife that Shah Rukh Khan’s look from the much-anticipated BrahmÄstra: Part One — Shiva has got leaked. For over two years, it is known that the actor has a cameo in Ranbir Kapoor and Alia Bhatt starrer. Though it was initially reported that SRK plays a scientist in the sci-fi adventure fantasy, the leaked clip seems to indicate that he is the Vanar Astra in director Ayan Mukerji’s Astra Verse, of secret celestial weapons. BrahmÄstra has been piquing the audience’s curiosity ever since it was announced over five years ago, and the buzz is set to peak as it nears its September 9 release. In recent times, rumours have been rife about Deeepika Padukone not only having a special cameo in the movie, but also playing the leading lady in the second instalment of this trilogy.

A quirky sangeet for Ali and Richa 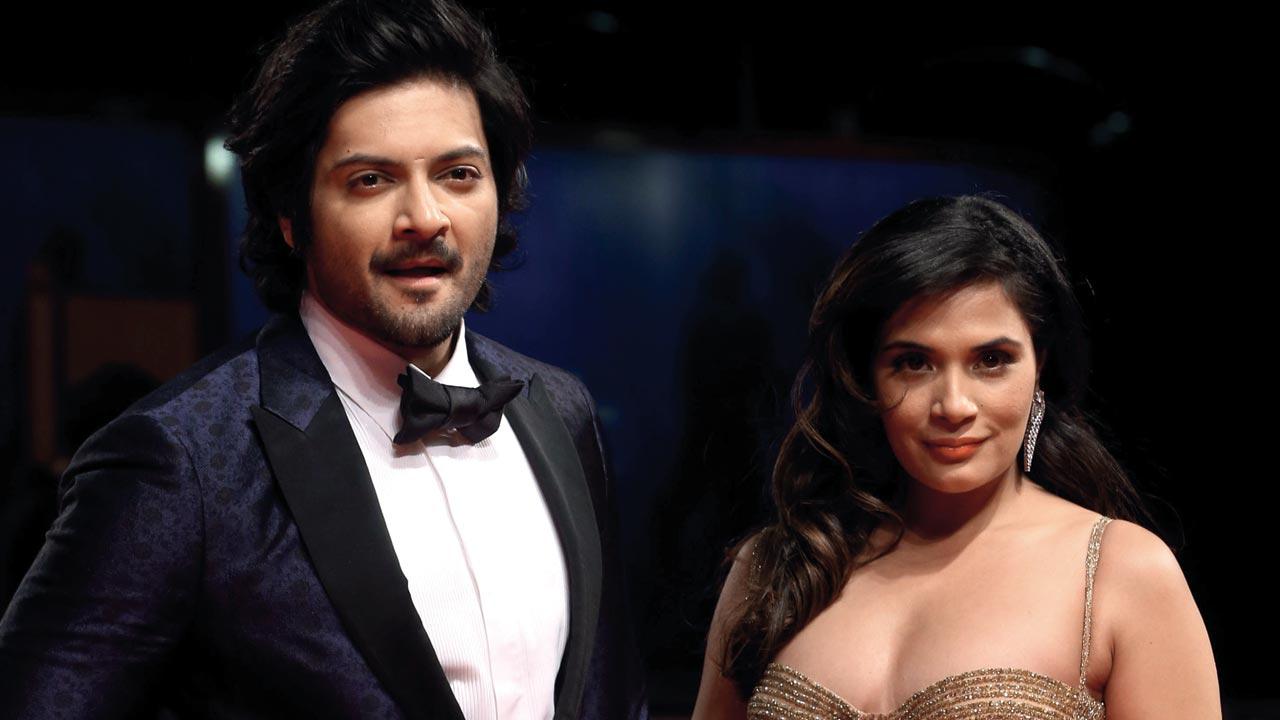 Ali Fazal and Richa Chadha will complete their professional commitments by September 25. Post that, the duo will take a few weeks’ break for their wedding. The celebrations will begin with mehndi and sangeet, followed by the shaadi in the last week of September. Sources claim that Richa and Ali will have a quirky sangeet ceremony and a traditional wedding. The receptions will be held in early October, in Mumbai and Delhi. 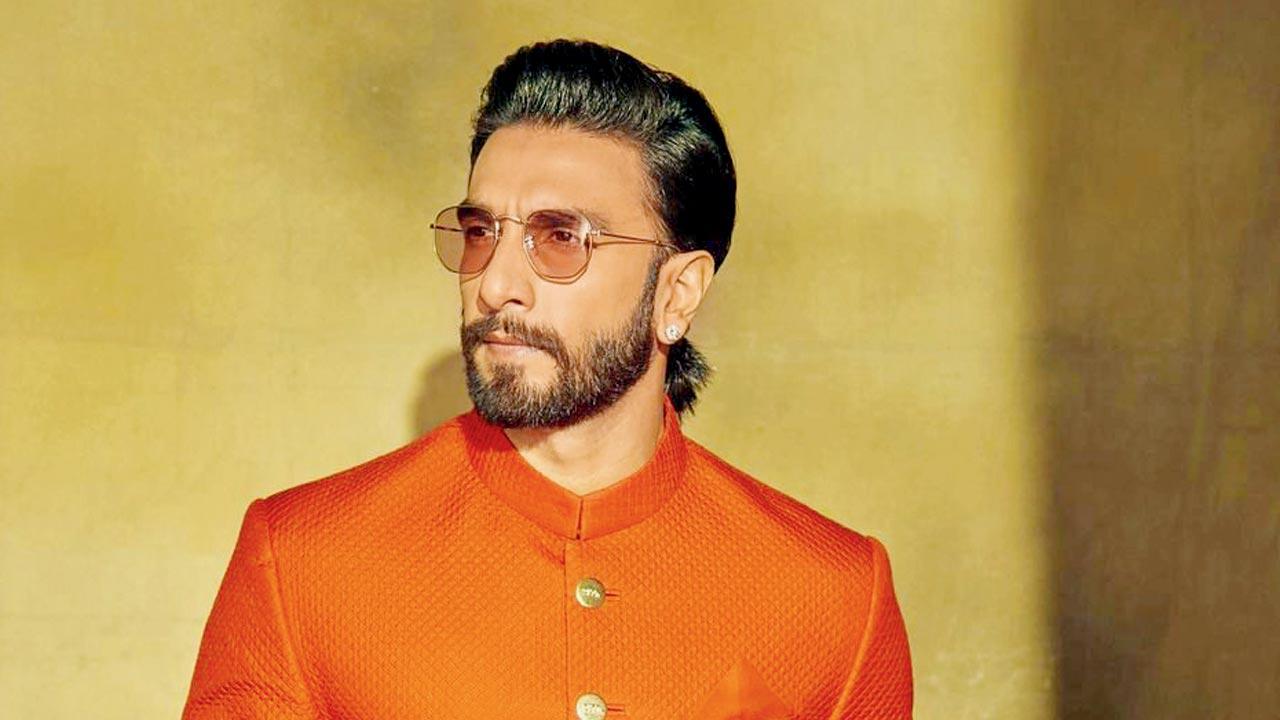 Ranveer Singh’s nude photoshoot continues to make headlines. The cops recently visited his residence to serve a notice to him, asking him to appear before them on August 22. After his pictures went viral, an NGO, Shyam Mangaram Foundation filed a complaint with Chembur police station against the actor under Section 67A of the IT Act along with Sections 292, 293, 354, and 509 of the IPC for insulting women’s modesty. 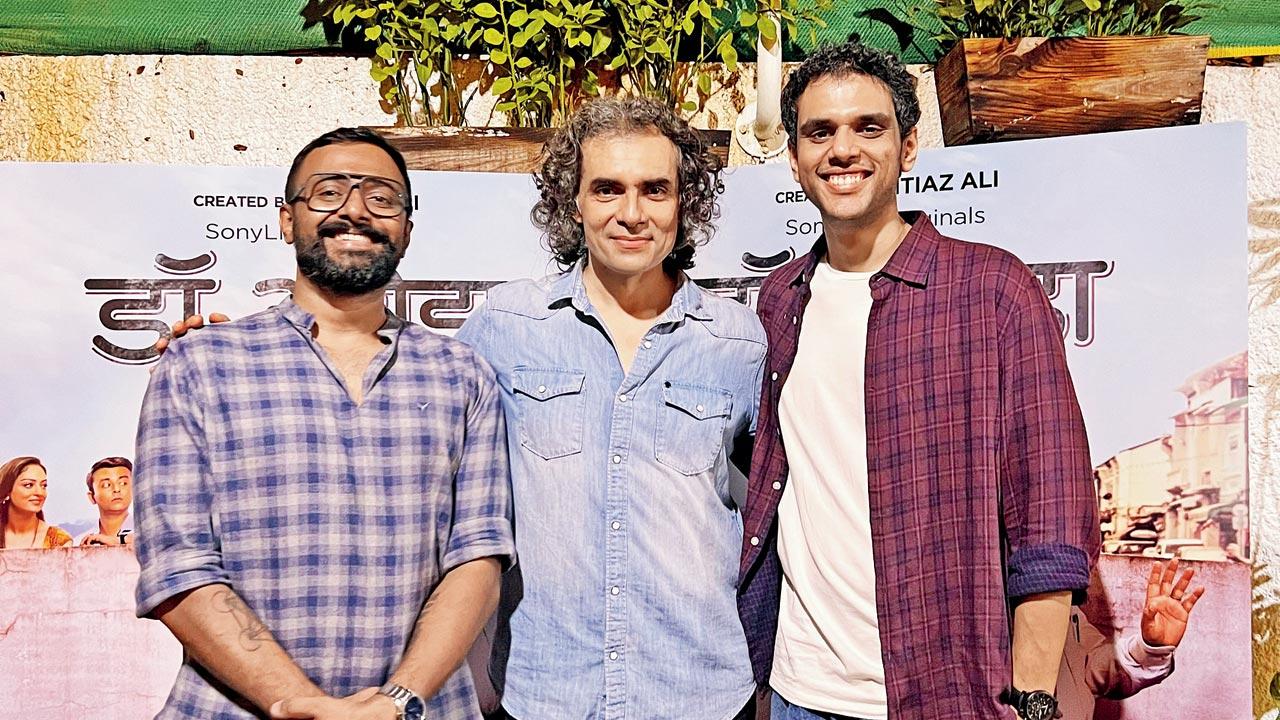 Composer Anand Bhaskar is pleased to have collaborated with Imtiaz Ali for the web series, Dr Arora. Anand, who has created the background score for Imtiaz’s show, says, “Every little thing he told us in feedback was something that would enhance our score in a way that it brought out the emotion of the story.” Imtiaz Ali is a filmmaker who lets you do your thing and doesn’t interfere in your process.” The composer further adds, “It was then that I realised that this is what working with legendary filmmakers feels like. Their vision is all about how a project can become the best version of itself and letting each professional use their expertise to its best potential.” 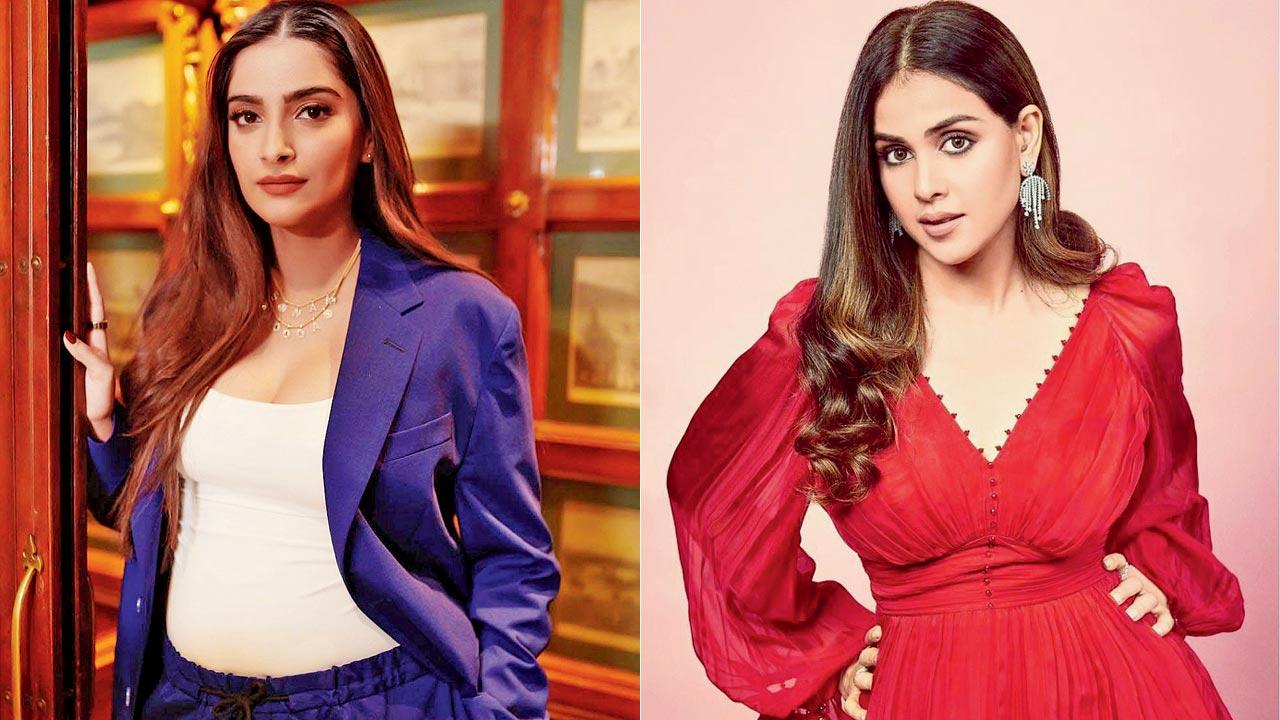 Sonam K Ahuja dropped several truth bombs besides making some startling revelations as she joined cousin Arjun Kapoor on Karan Johar’s chat show. The Veere Di Wedding actor, who also spoke about her pregnancy and unwanted guests at Cannes, lauded Genelia D’Souza Deshmukh for her impeccable social media game. “I love watching her reels. Genelia and Riteish [Deshmukh] are hilarious,” said Sonam. She didn’t shy away from conceding, “I am constantly stalking her on social media.” She was all praise for the actor-couple, adding that whether in reels, videos or even interviews, the frankness and comfort the duo share with each other is evident. We couldn’t agree more. 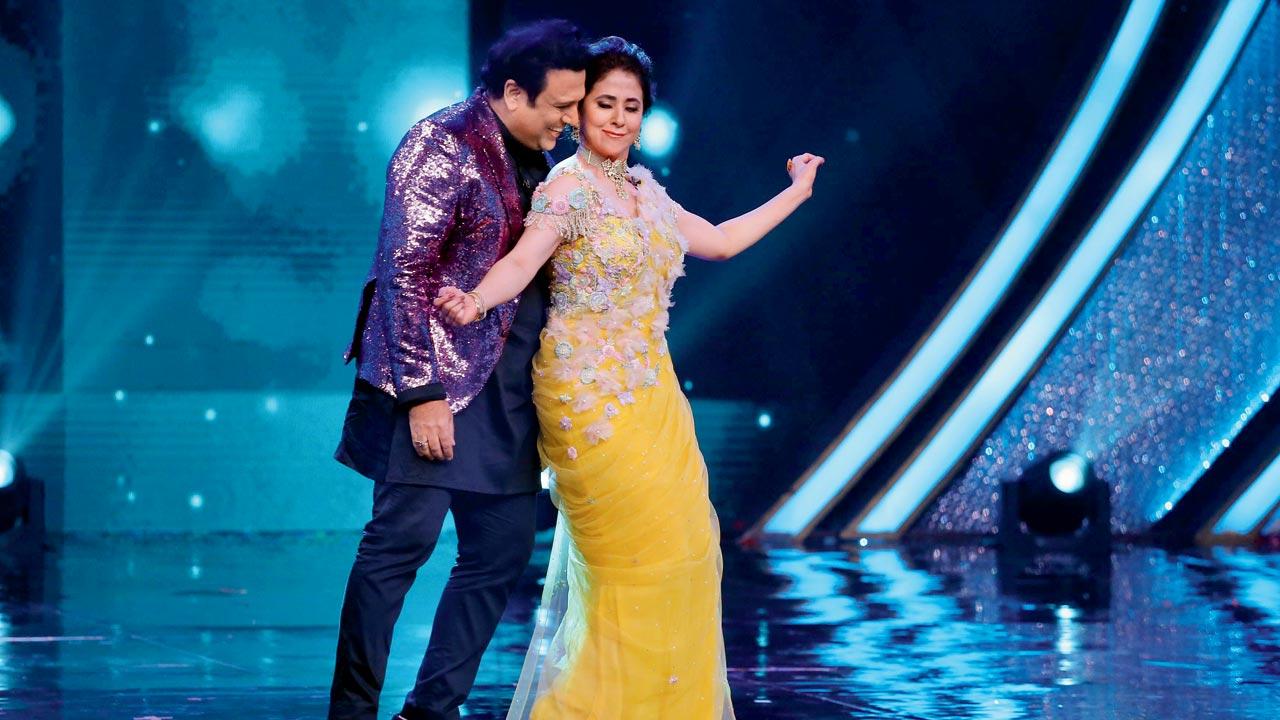 About 22 years ago, Govinda crooned 'Urmila re Urmila' to Urmila Matondkar in the film, 'Kunwara'. They revisited the peppy number recently for DID Super Moms, where she is one of the judges. After their flawless jugalbandi to the song, Urmila recalled, “When I signed my first film with Govinda, I was determined to put in extra effort for the audience to watch me, even if for a second, while I was dancing with him.” Reiterating that no one can take their eyes off him, she added, “I have tried a lot till date, but I couldn’t succeed in getting to his level. He knows perfectly what he has to do when he is shooting as he is not just an actor or a dancer, but also a fabulous performer.” 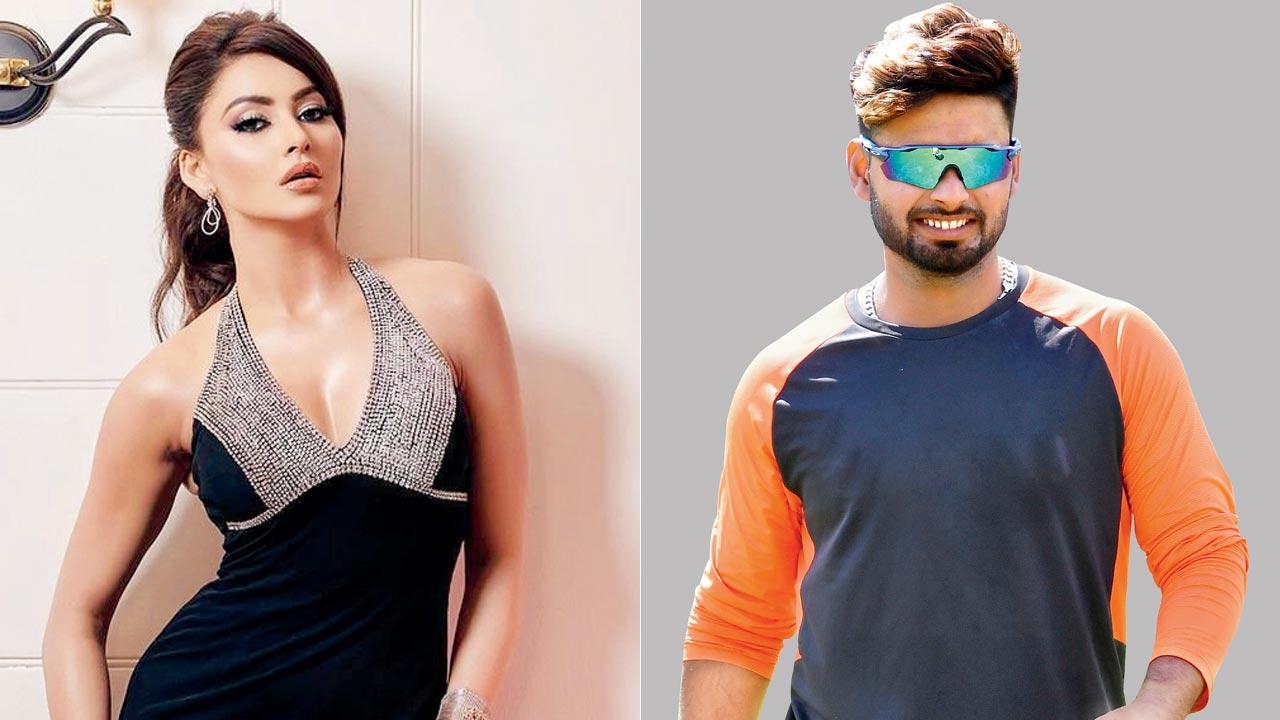 Urvashi Rautela and Rishabh Pant have been indulging in a lot of tu tu main main on social media. It all started when the actor spoke about being apologetic for making a certain ‘RP’ wait in a Delhi hotel lobby. Reacting to the cricketer’s now-deleted post with hashtag ‘mera pichha chhodho behen’, the actor hit back saying, “Chhotu Bhaiyaa should play bat ball. Main koyi Munni nahin hoon badnam hone with young kiddo darling. Tere liye #Rakshabandhan Mubarak Ho. #RPChotubhaiyaa #Cougarhunter #Don ttakeadvantageofasilentgirl (sic).” Interestingly, the Great Grand Masti actor had once claimed to be dating the cricketer, but he denied her statements and blocked her on social media.

Next Story : Up and about: It’s a wrap