Have you heard? Vijay Deverakonda and Ananya Panday new BFFs in tinsel town? 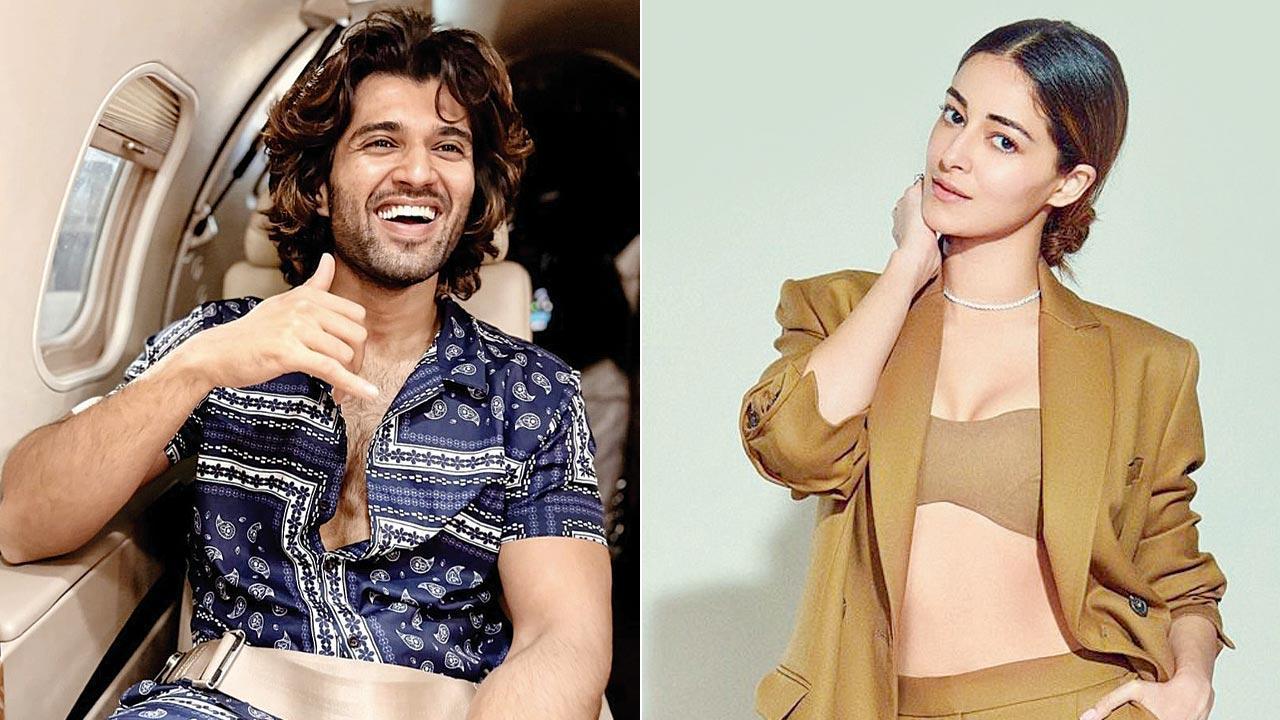 
It appears that from the time they began filming Liger, to now promoting it, Vijay Deverakonda and Ananya Panday have become the new best friends in tinsel town. Going by the trailer and the songs of the upcoming action-romance, the two seem to share quite a chemistry. So much so that during their appearance together on Karan Johar’s chat show, the Gehraiyaan actor made it obvious that she likes him and has been dropping plenty of hints about it. While the Arjun Reddy actor quipped that she needs to up her game, buzz is that she has taken a serious note of advice. Rumours are rife that Vijay has grown to like Ananya and the two have become quite close. However, sources claim that it’s too early to say where they are headed. Perhaps after the release of Liger later this month, we will get a clearer idea whether their fondness runs deep or is just another publicity gimmick. 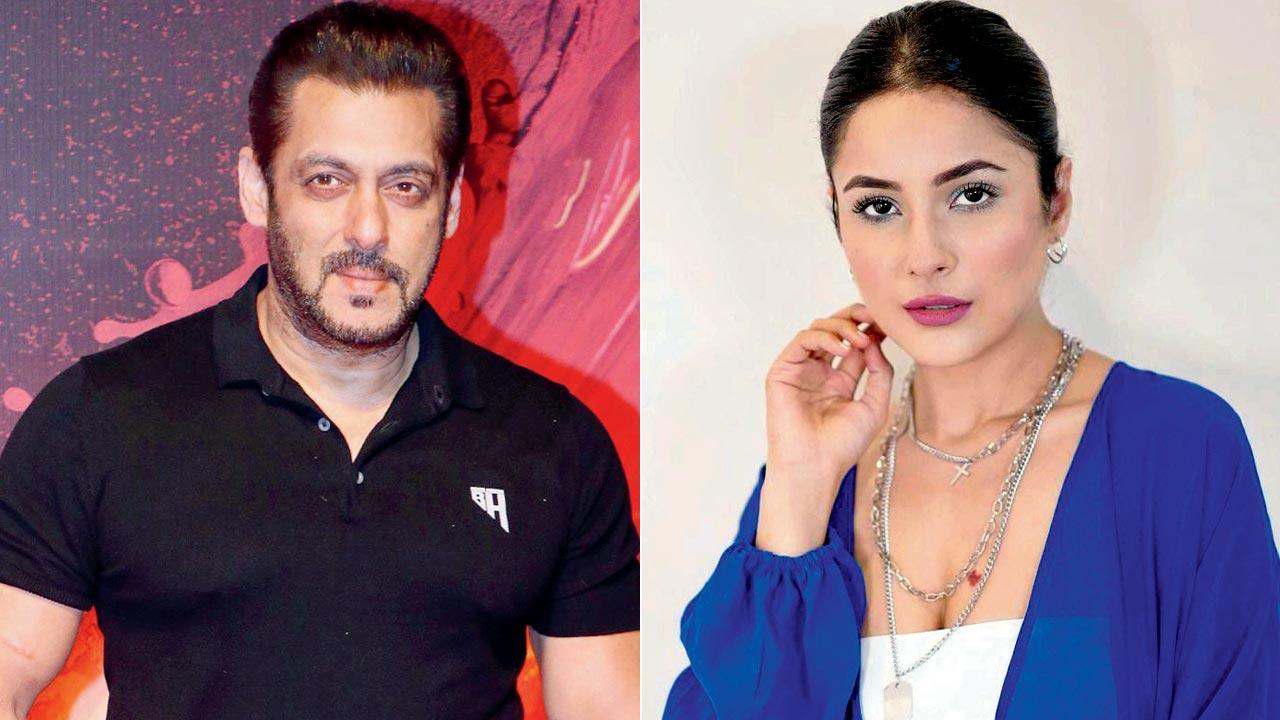 In recent times, rumours have been rife that Shehnaaz Gill has unfollowed Salman Khan on social media. Moreover, the actor was said to have opted out of her mentor’s next production venture, tentatively titled Bhaijaan. However, it turns out that Shehnaaz is very much a part of Farhad Samji’s directorial venture and is reportedly paired on screen with Raghav Juyal. Refuting reports of her exit from the Salman-starrer on social media, she shared, “LOL! These rumours are my daily dose of entertainment since the last few days. I can’t wait for people to watch the film and of course, me too, in it.” Apart from Bhaijaan, Shehnaaz has also reportedly signed Rhea Kapoor’s next production with Anil Kapoor and Bhumi Pednekar.

Also Read: Have you heard? A special video for Tiger and Zoya’s story 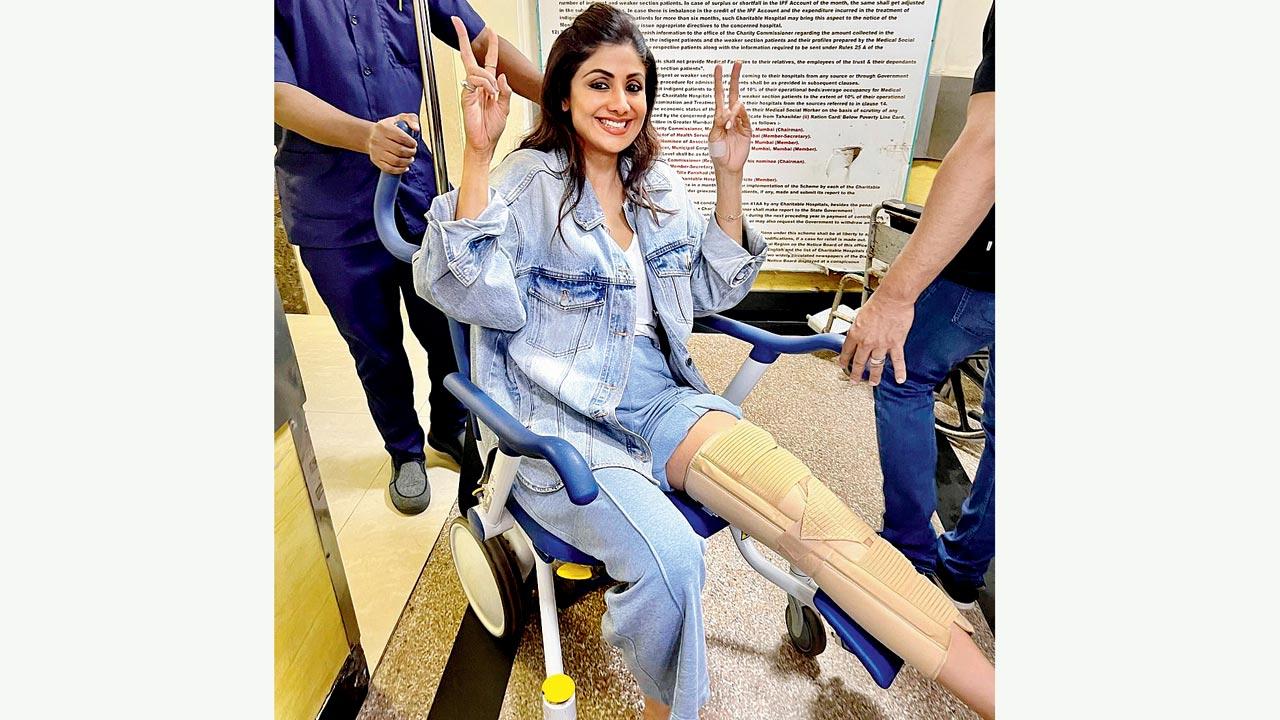 Shilpa Shetty Kundra injured her left leg while working on Rohit Shetty’s web series debut, Indian Police Force. Along with a picture of herself in a wheelchair inside a hospital, she shared, “They said, ‘Roll, camera, action — break a leg’. I took it literally.” Shilpa, who plays a cop in the show that stars Sidharth Malhotra and Vivek Oberoi, added, “Out of action for six weeks. But I’ll be back soon, stronger and better. Till then, dua mein yaad rakhiyega. Prayers always work. With gratitude.” Previously, Rohit, who has been shooting action sequences with his actors this week, shared a behind-the-scenes clip of Sid, Shilpa and Nikitin Dheer rehearsing with the stuntmen. 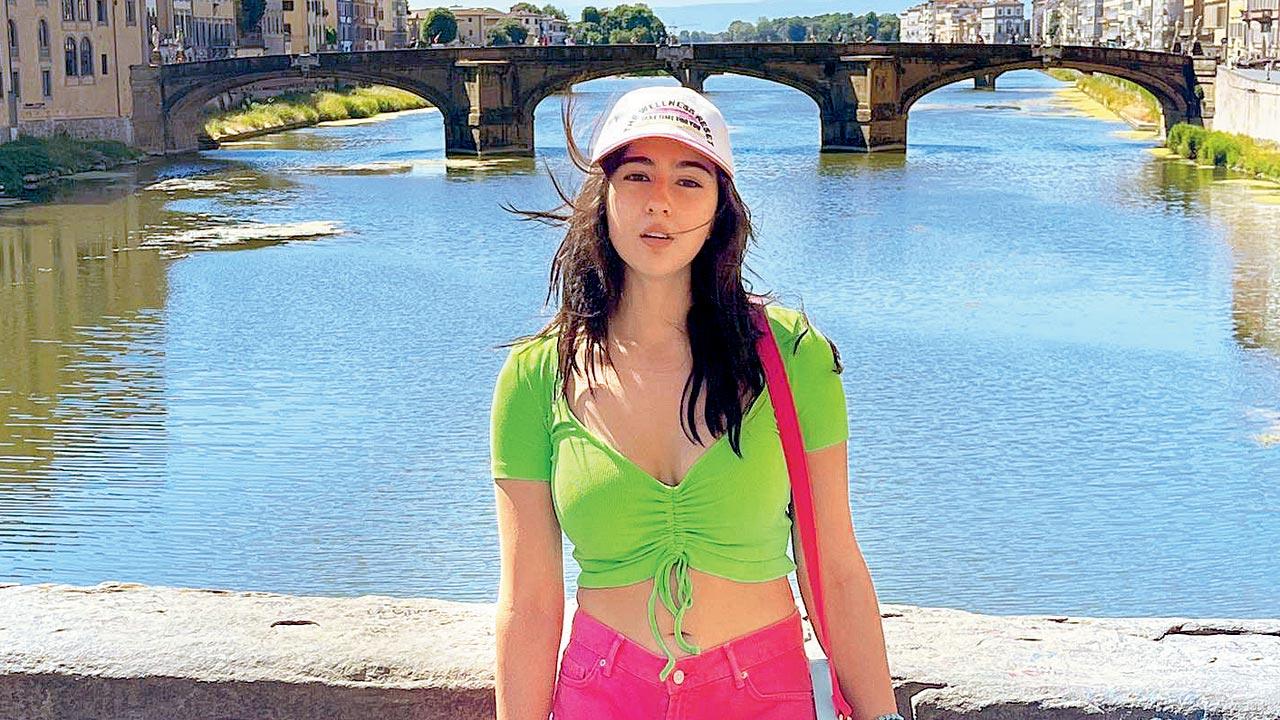 Sara Ali Khan, who is holidaying in New York, reminisced her academic years as she visited her alma mater Columbia University. Sharing a picture from the university, the Atrangi Re actor wrote, “Looking back with so much gratitude, fondness and nostalgia.” Previously, Sara was vacationing with actor-mother Amrita Singh in Florence, Italy. Along with the images, a poetic Sara wrote, “And the voices in the waves are always whispering to Florence, in their ceaseless murmuring, of love – of love, eternal and illimitable, not bounded by the confines of this world, or by the end of time, but ranging still, beyond the sea, beyond the sky, to the invisible country far away.”

Also Read: Have you heard? On second thoughts 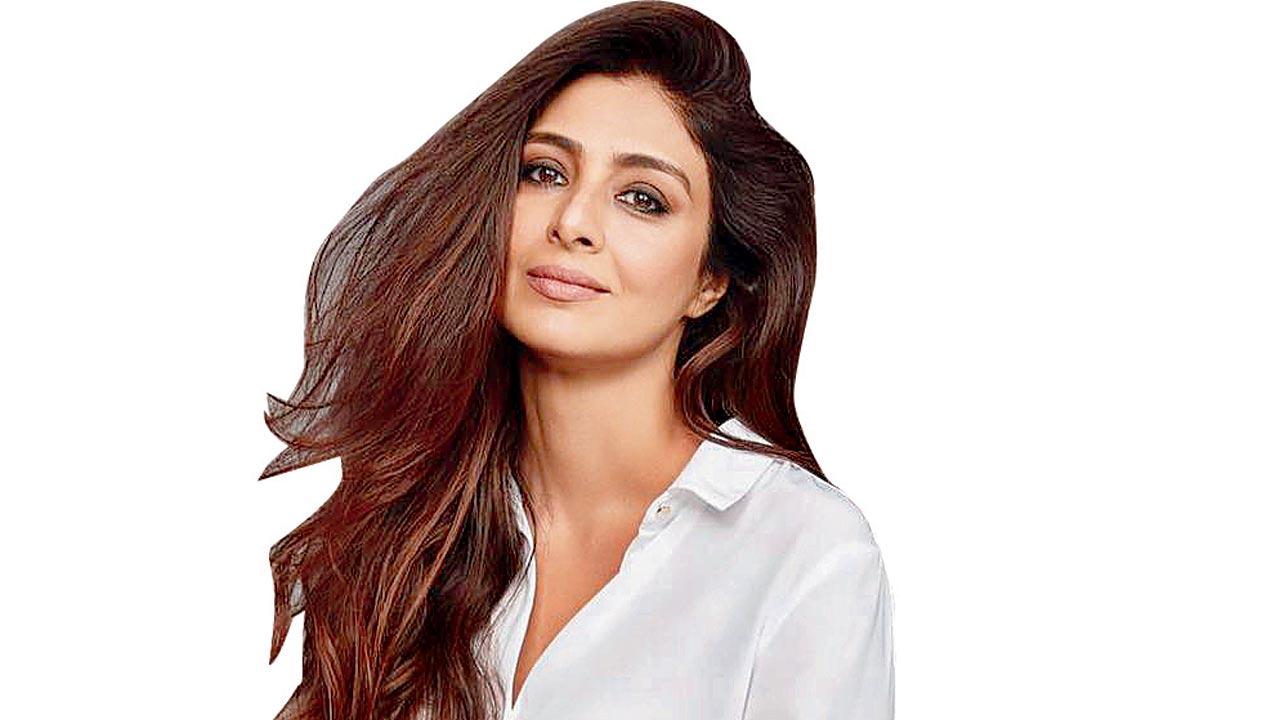 Tabu, who plays a cop in Ajay Devgn’s Bholaa, suffered an injury while filming an action scene in Hyderabad on Wednesday. The scene required her to drive a truck through a jungle while being chased by goons on motorcycles. In one shot, one of the bikes racing along collided with the truck. As a result of the impact, she developed a cut on her forehead from the shredded glass pieces. While first aid was immediately administered to Tabu, fortunately, it wasn’t a deep gash. Ajay called for a break to ensure that his co-actor, also his buddy since their college days, got adequate rest before she felt ready to resume shoot again. Ridhi Dogra has been at the receiving end of netizens’ negativity for ex-husband Raqesh Bapat’s break-up with Shamita Shetty. Calling out the “nonsense being spewed” towards her “for absolutely no reason because of Raqesh”, she said, “He has been my friend before, during, and post our marriage, and I stand by all my friends and wish them well in whatever they decide for themselves.” Understanding fans’ love towards their favourite stars, she maintained, “This entire situation that I’m being constantly being pulled into is not even remotely my circus. I truly want to send you all love and healing.” Ridhi concluded her post saying that after all the explanation, if people still wanted to continue being negative and beat her down, she is happy to help. “Carry on and God bless you all,” she signed off. 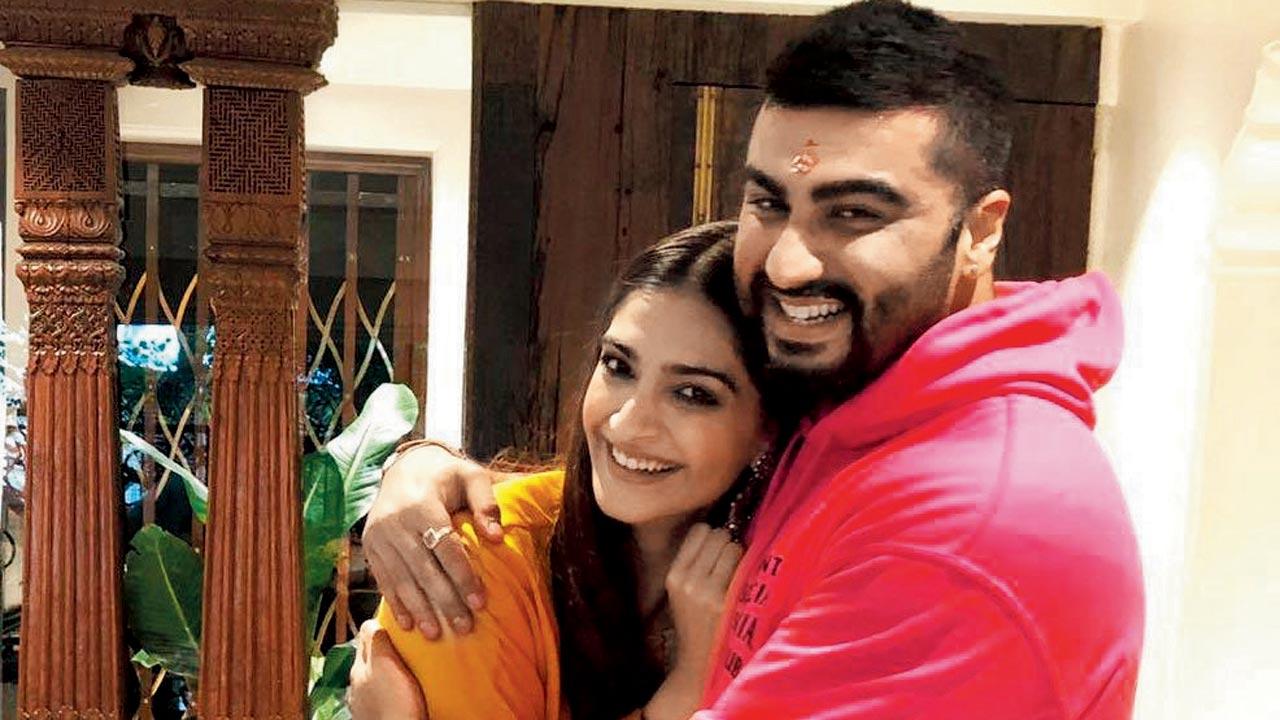 The trailer of Sonam K Ahuja and Arjun Kapoor’s appearance on Karan Johar’s chat show this week has given enough proof about their sibling revelry. However, we hear that the cousins have also revealed some secrets about each other. In one segment, when KJo asked Sonam how many of her friends has Arjun slept with, she replied, “I’m not discussing it. Between my brothers, there is no one left.” An amused KJo probed, “What kind of brothers do you have?” Arjun wondered, “What kind of a sister are you? What are you saying about us? Why does it feel like I’m being called on the show to be trolled by Sonam?” Looks like it will be a good watch after the Aamir Khan and Kareena Kapoor Khan episode, which, as KJo stated, had the worst Rapid Fire round ever.