During an outdoor schedule this year, it started pouring so heavily one day that even the shoot slowed down. To prevent the rain from dampening the spirits of the cast and crew, Vicky entertained them by turning DJ and playing the music 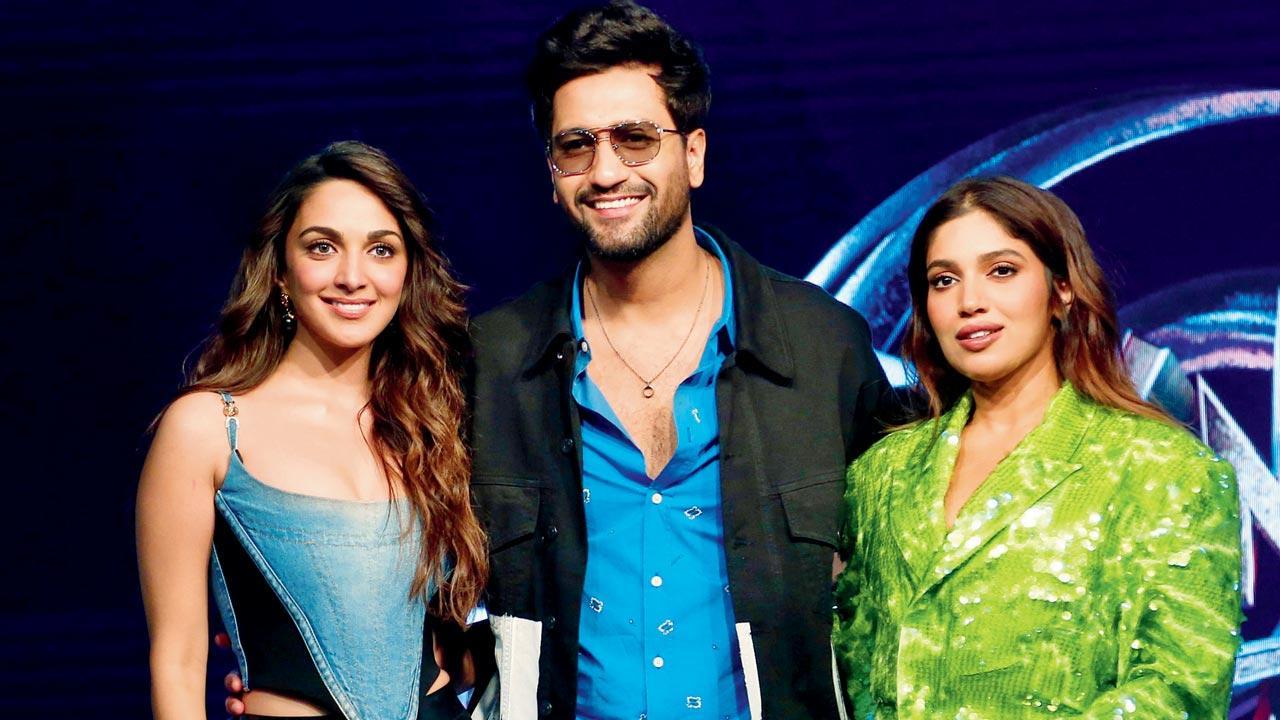 
Ever since Bijli, the pacy number from Govinda Naam Mera released recently, everyone is talking about Vicky Kaushal’s dancing skills. The actor has a keen ear for music and we hear, he regaled his co-stars with his choice of songs during the shoot. Interestingly, Vicky, who plays a choreographer in Shashank Khaitan’s directorial venture co-starring Kiara Advani and Bhumi Pednekar, even turned a DJ on the set once. During an outdoor schedule this year, it started pouring so heavily one day that even the shoot slowed down. To prevent the rain from dampening the spirits of the cast and crew, Vicky entertained them by turning DJ and playing the music. If that’s not enough, he also ordered street food like samosas, vada pav and adraki chai to beat the monsoon blues. 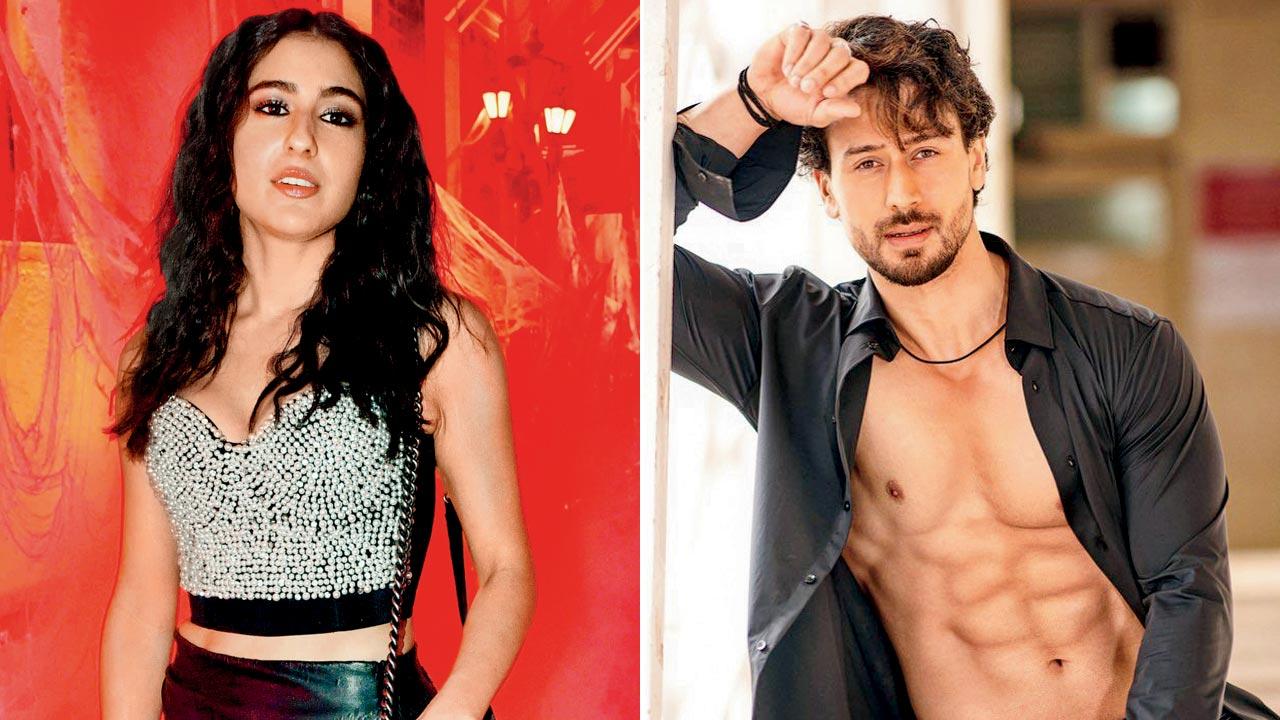 Jackie Shroff and Saif Ali Khan shared screen space in the action drama, Eklavya: The Royal Guard (2007). Over 15 years since then, their kids are teaming up for a movie together. Yes, Sara Ali Khan has reportedly been finalised as Tiger Shroff’s leading lady in his next. Director Jagan Shakti and the producers were looking for a fresh pairing, and after considerable thought, opted for Sara as she and Tiger are star-kids who have never worked together before. The yet-untitled action thriller is said to be a mission film that will be shot extensively in India and Europe. The rest of the cast is being finalised and filming is slated to commence soon. Apparently, it is a good-versus-evil subject and the makers are said to be in talks with various actors for the parts of several villains against Tiger. 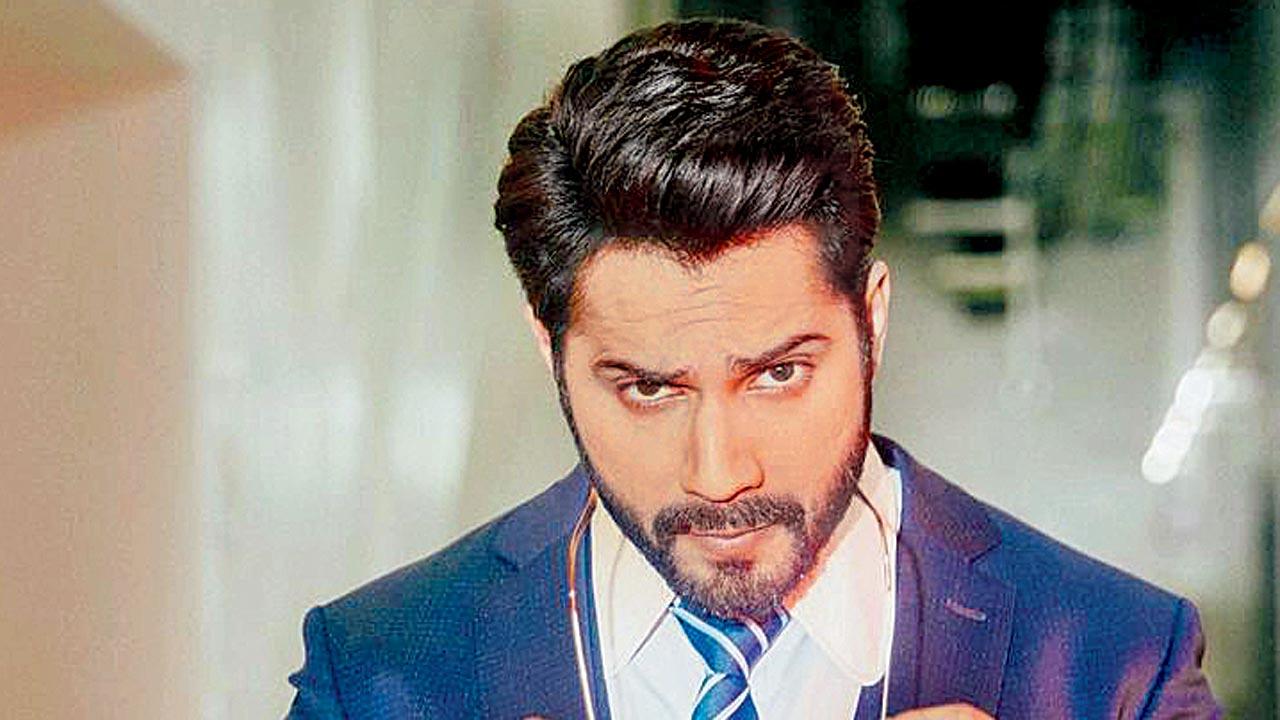 Even as Bhediya remains steady at the box office, Varun Dhawan is readying his next year’s slate. He is said to be in advanced talks with Anees Bazmee for a collaboration. The director has worked with Varun’s director-daddy, David Dhawan, on several hits like Aankhen, Bol Radha Bol, Raja Babu, Deewana Mastana and Mujhse Shaadi Karogi. Apparently, the actor has been sounded off about an action comedy that the filmmaker is working on for some time. Sources claim pre-production will begin after the final narration in the coming weeks.

Akki-Sona to team up again 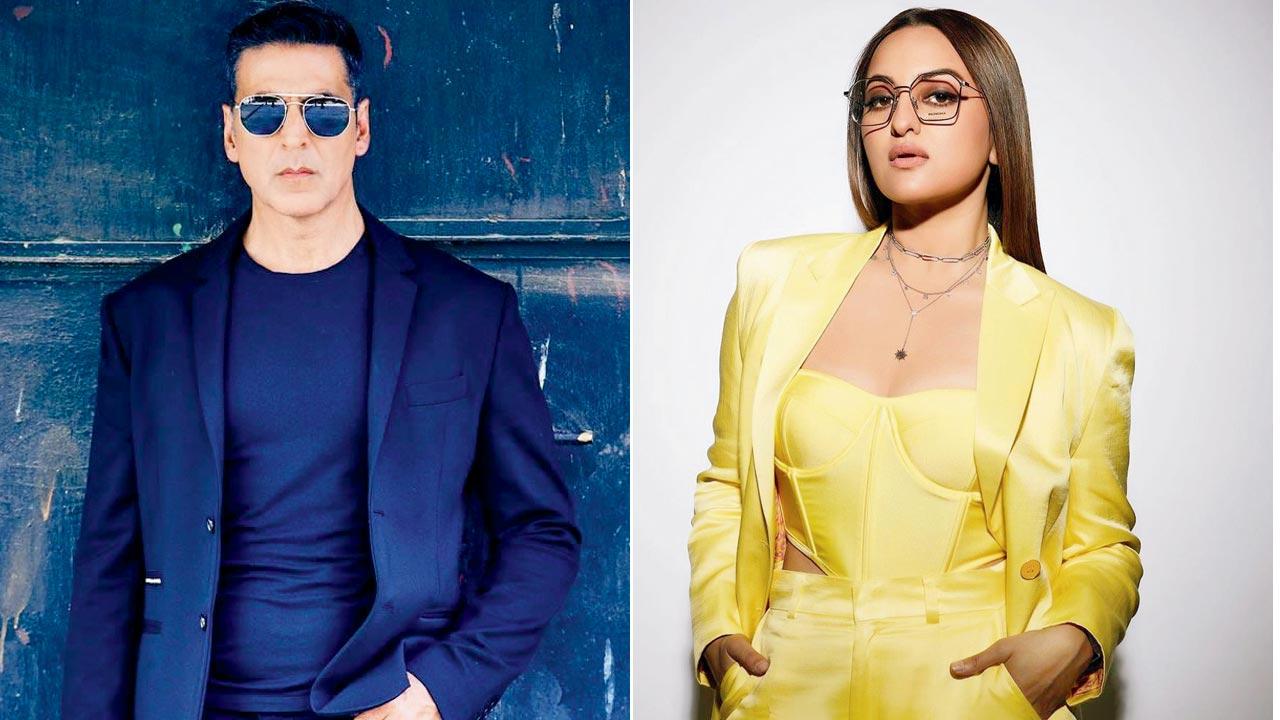 Talking of Tiger Shroff, here’s some news of his next, Bade Miyan Chote Miyan, with Akshay Kumar. Sources say Sonakshi Sinha has been brought on board for the Ali Abbas Zafar-directed action entertainer. She has previously collaborated with Akki on several movies, like Rowdy Rathore, Holiday (2014) and Mission Mangal (2019). This time around, Sonakshi will do some stuntbaazi as Ali’s narrative will see his leading ladies kick butt too. Recently, Manushi Chhillar was signed on to play one of the three leading ladies in the movie.

Also Read: Have you heard? Dancing with divas 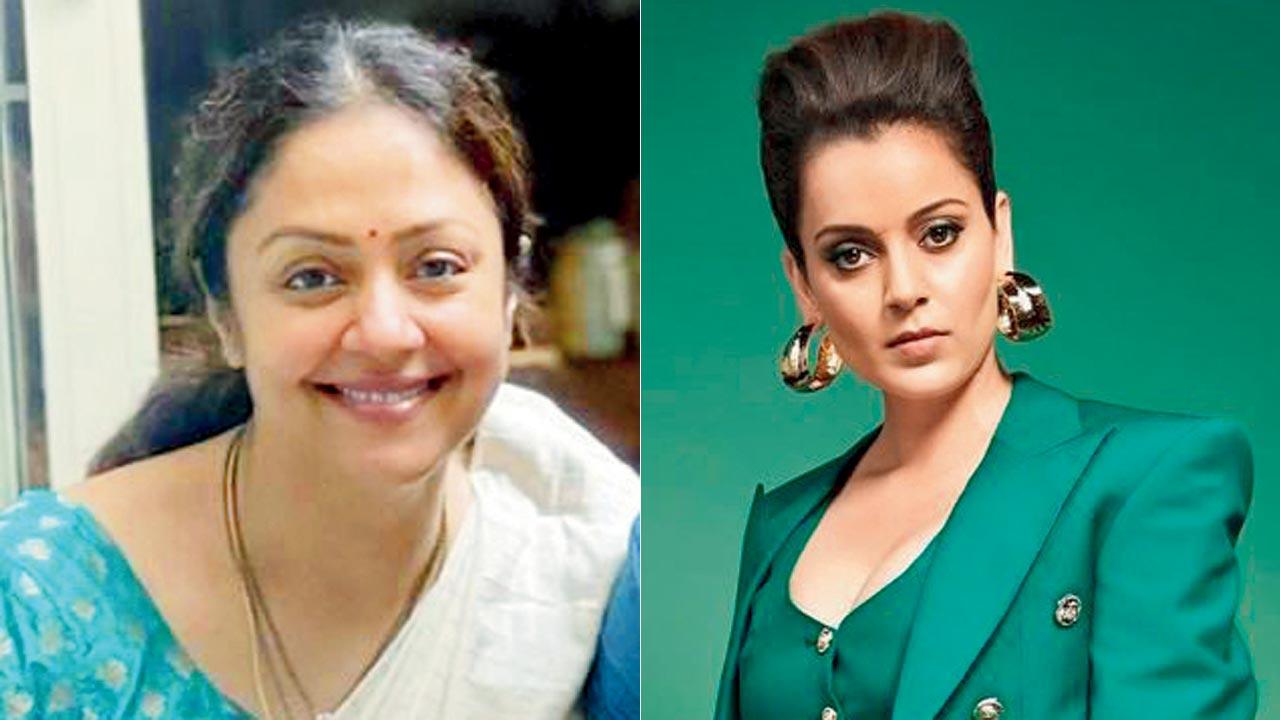 Over 17 years since Rajinikanth and Jyothika’s Chandramukhi, the Tamil film’s sequel is in the works. Reportedly, Kangana Ranaut has been approached to play the leading lady, opposite Raghava Lawrence, who steps into Rajinikanth’s legendary shoes. Kangana recently returned from Assam after wrapping up a schedule of her next directorial venture, Emergency. She is expected to resume her period political drama after completing the first schedule of the Tamil movie. For the uninformed, Chandramukhi is the remake of the 1993 Malayalam hit, Manichitrathazhu, which also inspired Priyadarshan and Akshay Kumar’s Bhool Bhulaiyaa (2007). 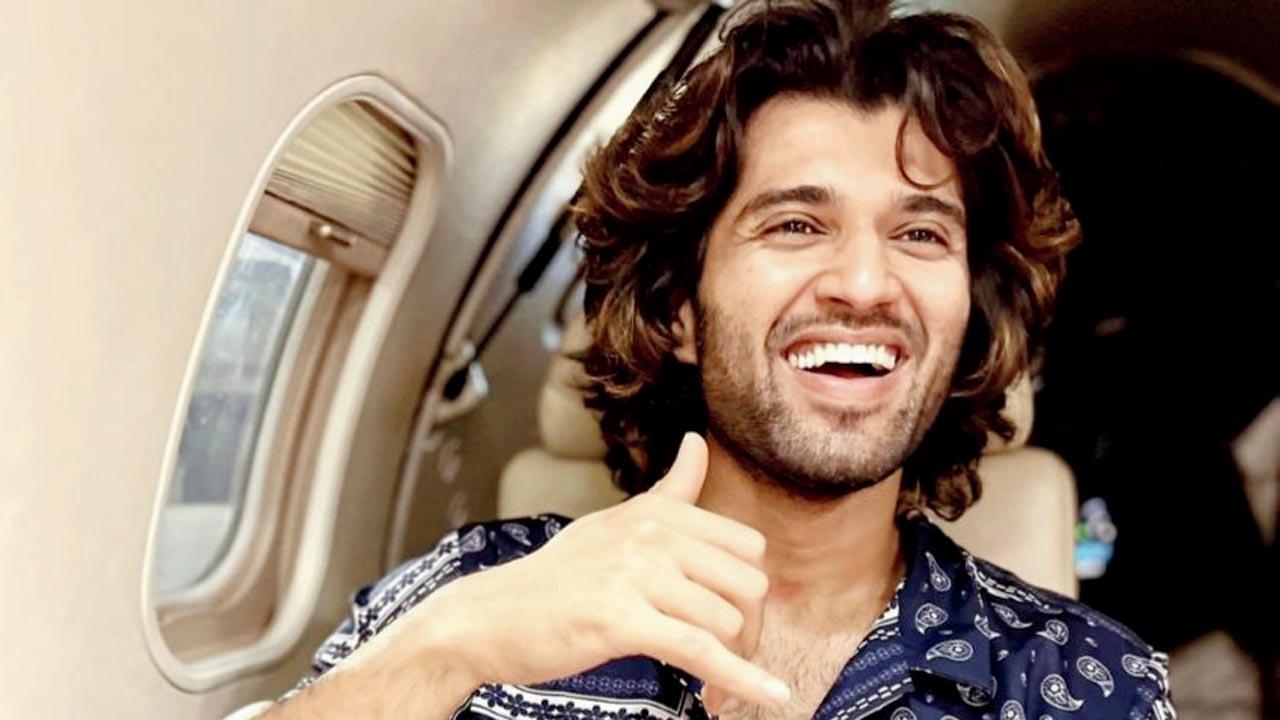 Vicky Kaushal is said to have lost a soft drink endorsement deal to Vijay Deverakonda. Apparently, the Sardar Udham actor had not signed up for the brand endorsement, but had also shot a campaign for the same. However, for reasons known best to the brand custodians, they scrapped the campaign and nullified the contract. And instead of Vicky, roped in Vijay for a fat fee, the debacle of Liger notwithstanding. The Arjun Reddy star recently shot the campaign in Mumbai and impressed the brand owners with his takes.

Next Story : Up and about: It takes a village