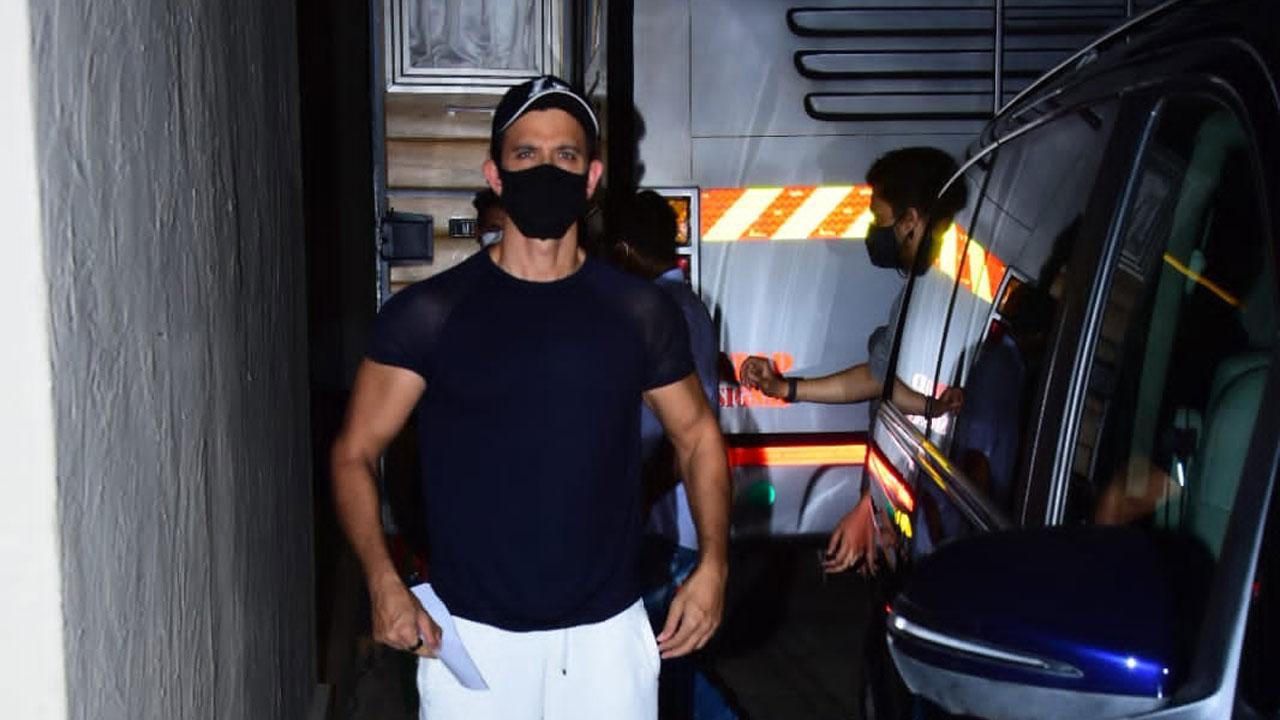 
Hrithik Roshan has been an idol for many aspiring actors right from his debut back in 2000 in the form of ‘Kaho Naa… Pyaar Hai’. After Salman Khan, if there was one actor who had a body to die for, it was Roshan. The massive fan following and the mountain-like physique are still very much alive and kicking. The actor’s latest Instagram post suggests and says so.

He flaunted his biceps and left the netizens in awe. The post garnered comments from Ranveer Singh, Tiger Shroff, Farhan Akhtar, and Sussanne Khan. Don’t miss the caption the actor wrote for the picture:

Ranveer Singh commented- “Kadak”, Tiger Shroff shared the fire and heart-eye emoji. Sussanne Khan wrote- “wowzer.” And Farhan Akhtar couldn’t stop laughing at the actor’s caption. He was last seen in ‘Super 30’ and ‘War’, both of which that released two years back. He now has ‘Krrish 4’, ‘Fighter’, the Vikram Vedha remake coming up with Saif Ali Khan, with whom he has already shared the screen almost two decades back in ‘Na Tum Jaano Na Hum.’

Talking about this remake, a source revealed, “Hrithik, Saif and the crew will head to Serbia to shoot a major chunk of the film, followed by a stint in Georgia. They intend to wrap up the action sequences in the foreign locales before they return to home turf to can the dramatic scenes.” The noir thriller will trace how Vikram — an honest cop, to be essayed by Khan — will change his perspective about good and evil after meeting gangster Vedha. While Aamir Khan was initially in talks to portray Vedha, Roshan clinched the deal after the superstar bowed out. Radhika Apte will play Khan’s lawyer wife in the remake.