Hrithik Roshan got nostalgic during the launch of the song 'Alcoholia' from Vikram Vedha, a film that marks his 25th film 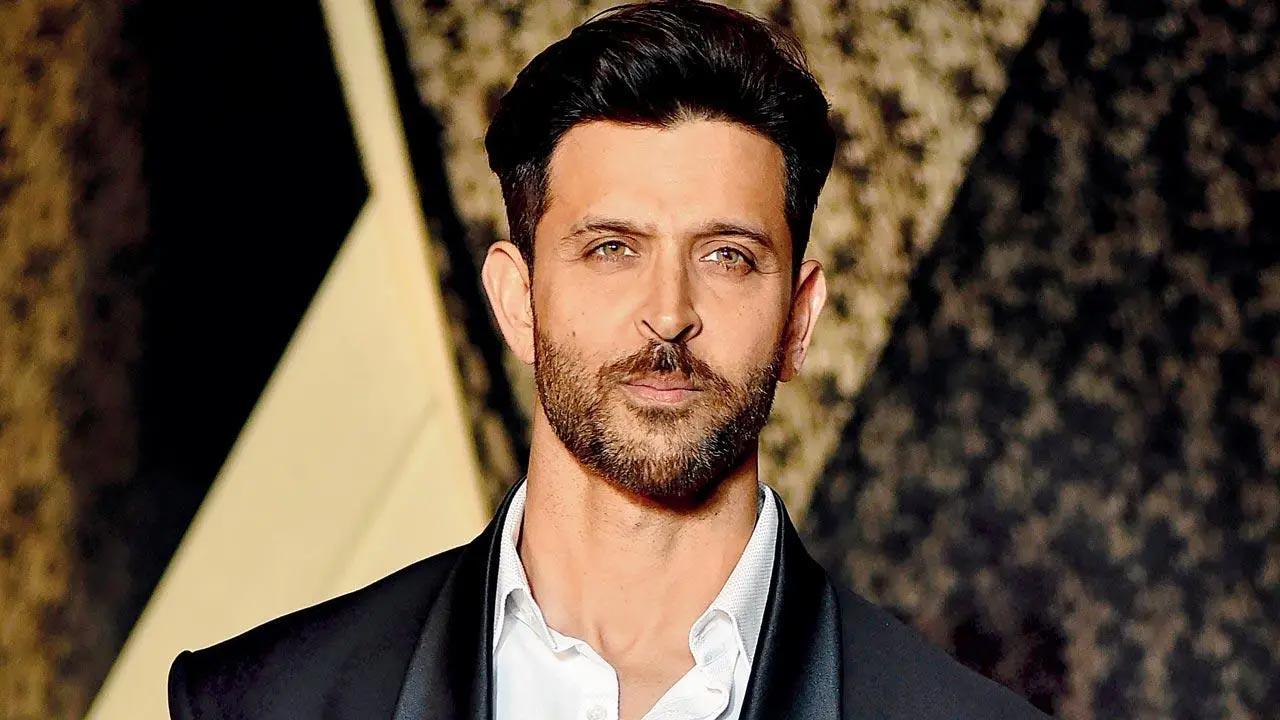 
Superstar Hrithik Roshan launched the first song from his upcoming film 'Vikram Vedha' titled 'Alcoholia' amidst much fanfare at Gaiety-Galaxy single screen theatre. The event witnessed a housefull of fans, who cheered, hooted and organised a special dance flash mob for their idol Hrithik Roshan.

Witnessing the love and cheer from his audience Hrithik Roshan reminisced about his first ever fan encounter which took place right after the release of 'Kaho Naa.. Pyaar Hai' at Gaiety-Galaxy.

Sharing his emotional connection with the cinema hall, Hrithik shared, "Gaiety-Galaxy is very special. I think around 22 years ago, when 'Kaho Naa... Pyaar Hai' was released, so first-day first show I came to Gaiety and I saw my first film with the audience and when the film got finished and the light was switched on, the people recognised me and that was the first time I experience what the audience’ love and excitement is all about and how important that was to me at that time."

Also Read: Hrithik Roshan and Saif Ali Khan starrer 'Vikram Vedha' to be released in over 100 countries, making it one of the widest openings for a Hindi film

When pointed out that 'Vikram Vedha' marks the career milestone of being Hrithik Roshan’s 25th Film, the actor turned nostalgic remembering his early health diagnosis of spinal stenosis and stammering speech. Hrithik Roshan shared, “Before the release of 'Kaho Naa… Pyaar Hai' my doctors had told me that my health condition is not so good that I can do action films and dance films. I took this diagnosis as a challenge and focused on my health and fitness. I learnt how to do my work to the best of my abilities and I’m just happy to be here standing in front of you’ll today. It is nothing short of a miracle for me that in my 25th film, I’m still doing action and I’m still dancing and I’m still being able to say my dialogues. I think the 21-year-old – me , would be very proud of this me, today.”

Further adding, “Thank you to my audience, it wouldn’t have been possible without your love & support. And nothing would be possible without the (Vikram Vedha) team, I’m blessed to be working with directors that I trust, Ganesh Hegde, Vishal-Sheykhar .. this song would not be what it is, if it wasn’t for this team. And I’ve had this opportunity to work with some of the best actors, I just consider myself very fortunate.”

'Alcoholia' is a fun dance song from 'Vikram Vedha' that is pivotal to the story of Hrithik's onscreen character Vedha in the film. 'Alcoholia' showcases Vedha and his brother (played by Rohit Saraf) celebrating together.

Hrithik Roshan is seen getting into the skin of Vedha's character & perform like never-seen-before by taking center stage as an item boy!  'Alcoholia' gives a glimpse of Vedha's 'Mad' dance, as he is seen letting loose and dancing to the song that has a desi vibe.

The song is sung by Vishal–Shekhar, Snigdhajit Bhowmik, Ananya Chakraborty. The music is given by the hit duo Vishal–Sheykhar while the lyrics are written by Manoj Muntashir.

Earlier this month the trailer of Vikram Vedha was launched amidst much fanfare and it created a frenzy with its content, action-packed visuals, whistle-worthy dialogues, and high-on-recall background music.

'Vikram Vedha' is presented by Gulshan Kumar, T-Series, and Reliance Entertainment in association with Friday Filmworks and Jio Studios and a YNOT Studios Production. The film is directed by Pushkar and Gayatri and produced by Bhushan Kumar,  S. Sashikanth, and Reliance Entertainment.  Vikram Vedha will hit the big screens globally on 30th September 2022.

Next Story : Free screening of 'Chup: Revenge of the Artist' for audience before release, announces R Balki