The actress can be seen turning heads in this chic black dress! The actress chose to pair silver heels, and red lipstick along with her black outfit 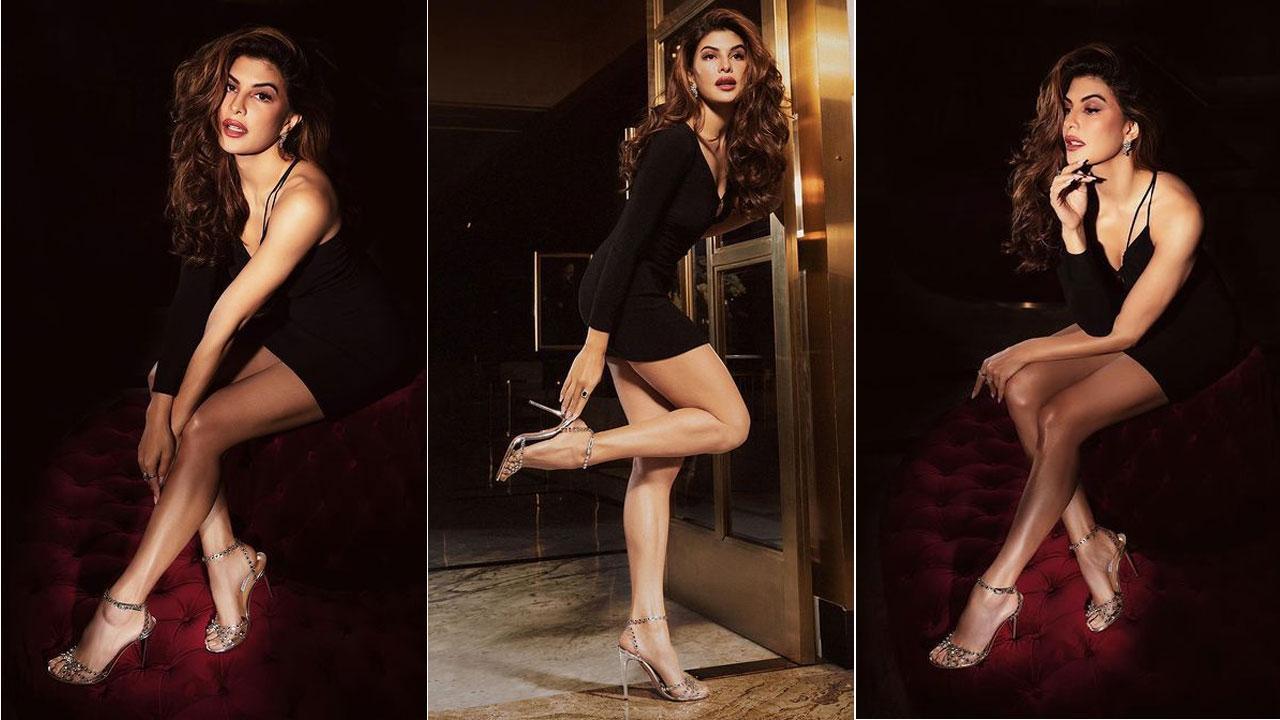 
Jacqueline Fernandez recently shared a very gorgeous picture of herself in a black dress. The actress can be seen turning heads in this chic black dress! The actress chose to pair silver heels, and red lipstick along with her black outfit. Taking to the caption, the actress writes- "Head over heels."

Currently, the actress is running back and forth to promote her forthcoming film ‘Vikrant Rona’ where the actress is said to deliver one of the best dance numbers of her career. Meanwhile, Fernandez, recently celebrated Autism Pride day with the employees of Cafe Arpaan on behalf of her NGO ‘You Only Live Once’.

Tajikistan-based singer Abdu Rozik, who etched his name in record books as the world's smallest singer, has been ruling the headlines for all the right reasons. Recently, he posted pictures with his new 'BFF' Jacqueline Fernandez on social media, and ever since then, their fans can't keep calm!

Taking to his Instagram handle on Thursday, the 18-year-old Rozik dropped pretty pictures where the pair is seen having a fun time. In the pictures, Jacqueline was seen wearing a chic white top with checked sky blue pants whereas the singer sported a black jacket with a black t-shirt and hat.

Also Read: Jacqueline Fernandez shares her excitement for IIFA 2022 with an adorable post