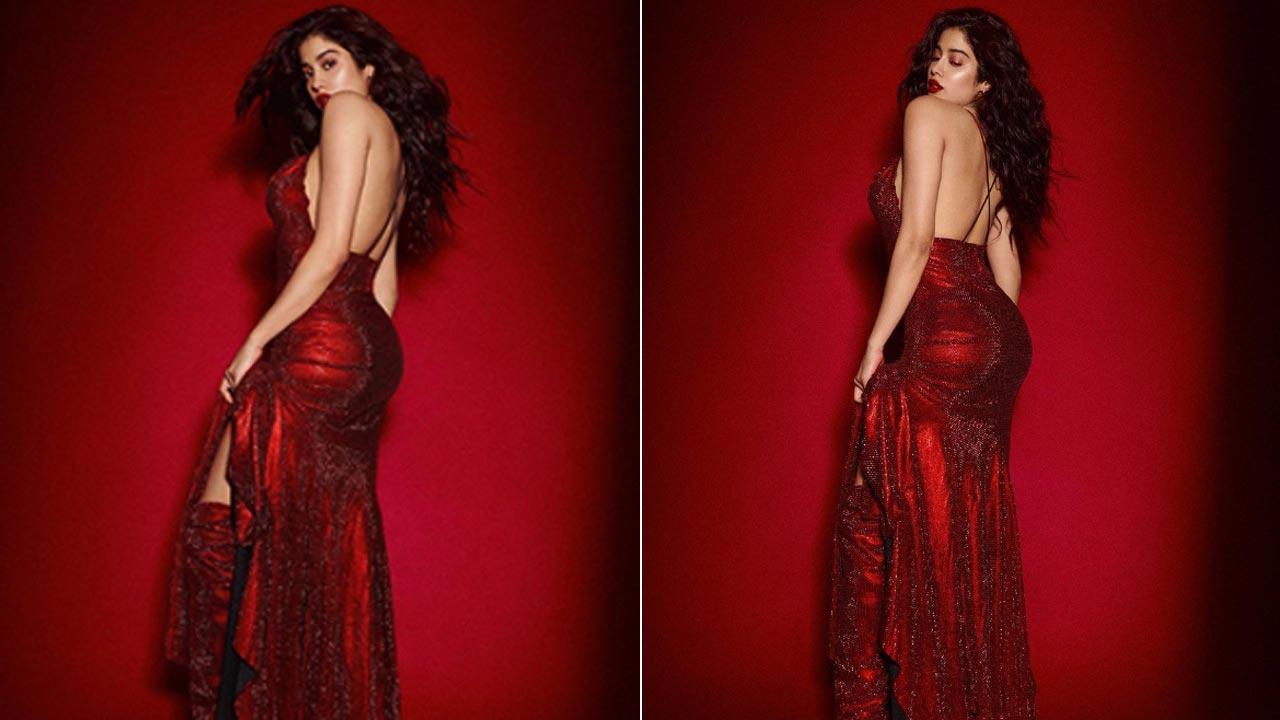 
Bollywood actor Janhvi Kapoor has been leaving fans drooling over her stunning sartorial choices. The 'Dhadak' actor took to her Instagram handle and posted a series of clicks in which she left people awestruck with her jaw-dropping look.

In the photographs, Janhvi wore a shimmery cherry red dress which has a thigh-high slit and straps that showed Janhvi's curves perfectly. She paired her dress with knee-length high heel boots and looks hot as fire as she posed for the cameras.

She opted for bold makeup with bright red lipstick and minimum accessories. Along with the post, she wrote, "If #Jerry was a cherry".

Meanwhile, on the work front, Janhvi is busy promoting her upcoming film 'Good Luck Jerry', which is scheduled to release on Disney+Hotstar on July 29.

The actor had parked herself in Patiala in January last year for Siddharth Sengupta’s directorial venture.

Sharing the news with her Instagram fans, Janhvi penned an emotional note as she announced that the film has wrapped up shooting. The 24-year-old actor said there has been a lot of learning and unlearning during the course of filming, which has helped her evolve. "I can't believe it's a film wrap. So many things have happened, changed, evolved, been learnt and unlearnt during the course of and because of this shoot. But through all of it I used to be so excited to come to set and see all these faces and trouble them and laugh with them and work tirelessly and unitedly to create something that was exciting all of us," she captioned the post, alongside a series of photos from the sets of the film.