Kartik Aaryan was seen making a surprise visit during the break to enjoy quality time with his little fans. Kartik clicked some really adorable pictures with the NGO kids 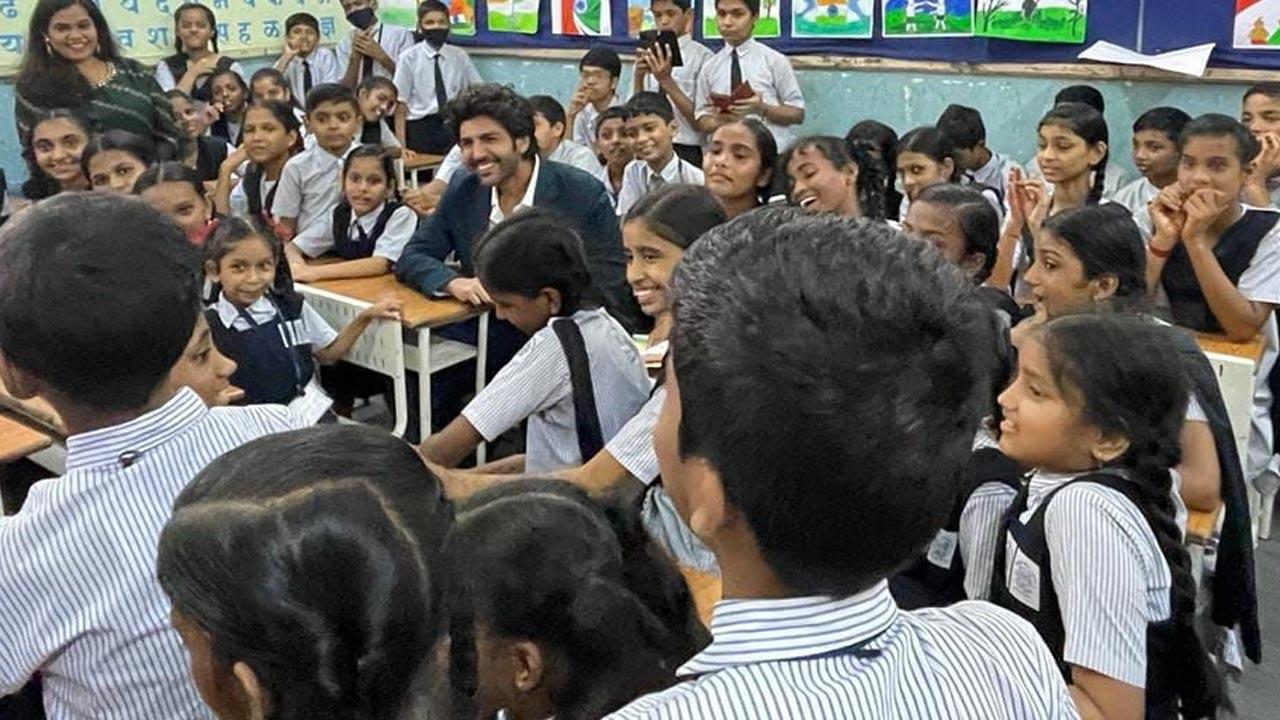 
The youngest superstar Kartik Aaryan has won the hearts of the millions with Bhool Bhulaiyaa 2. While the actor is running furiously these days on the shoot of his upcoming Shehzada, he was recently captured having a good time with the kids of an NGO in the city.

While finding it the best escape in between the shoot of his film, the kids' favourite superstar was seen making a surprise visit during the break to enjoy quality time with his little fans. Kartik clicked some really adorable pictures with the NGO kids. Being a man of his word, Kartik kept his promise which he made during the screening of Bhool Bhulaiyaa 2 that he will meet them again.

Moreover, Kartik has recently wrapped a shooting schedule of his upcoming 'Shehzada' in Haryana where he was greeted by a huge crowd of fans. The actor who had a massive success like Bhool Bhulaiyaa 2 now has films like Shehzada, Captain India, Freddy, Kabir Khan’s next, and Sajid Nadiadwala's untitled next in his lineup ahead.