The lovebirds, who tied the knot at Six Senses Fort Barwara in Rajasthan on December 9, 2021, have reached the Maldives to celebrate Katrina's birthday 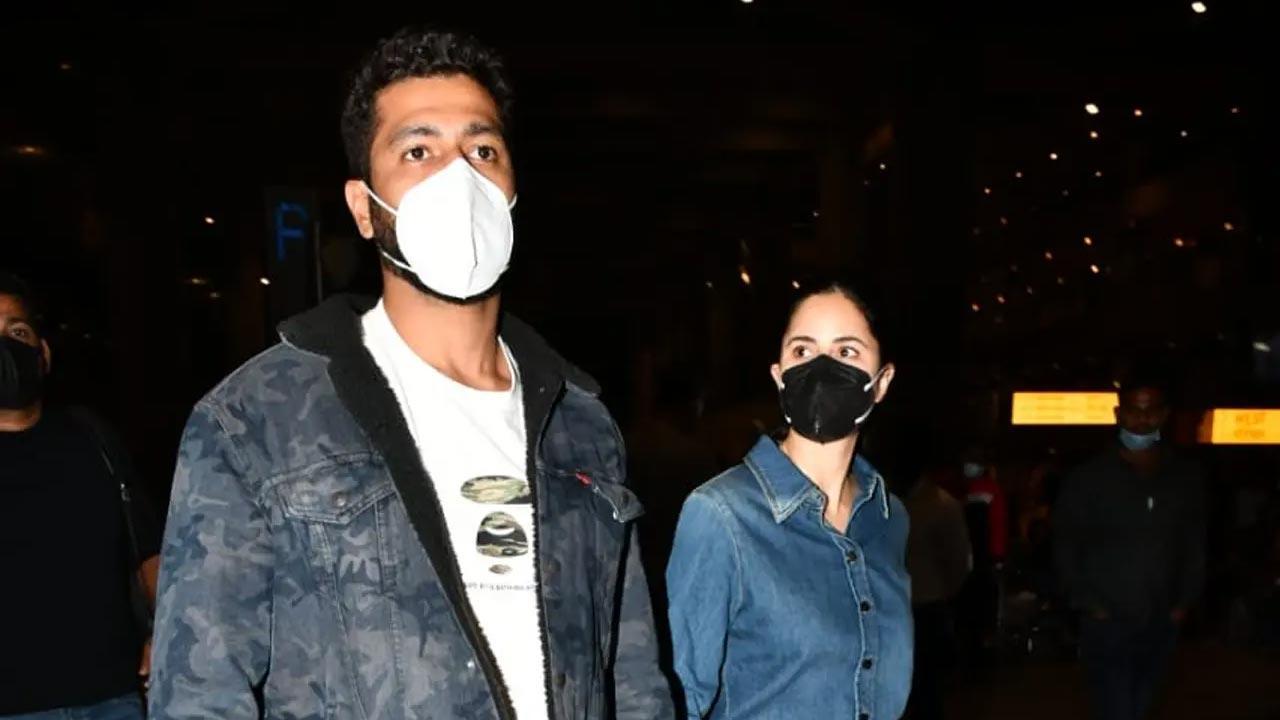 
39th birthday will be extra special for actor Katrina Kaif as it's her first birthday after marriage to Vicky Kaushal. The lovebirds, who tied the knot at Six Senses Fort Barwara in Rajasthan on December 9, 2021, have reached the Maldives to celebrate Katrina's birthday. On Thursday, Vicky and Katrina were spotted walking hand-in-hand at the Mumbai airport. Also spotted with the couple was Sunny Kaushal, his rumoured Sharvari Wagh, Kabir Khan and Mini Mathur.

They all were dressed in casuals. For her airport look, Katrina opted for a neon orange sweatshirt with comfy denims whereas Vicky was seen in a black tee paired with an olive green shirt and grey pants. Sharvari looked uber cool in a white bralette with a crop denim jacket and black parallel pants.

Meanwhile, on the work front, Katrina will be seen sharing screen space with Vijay Sethupathi in 'Merry Christmas'. The upcoming film is being helmed by Sriram Raghavan. She also has 'Tiger 3' with Salman Khan in her kitty.

Speaking of Vicky's upcoming projects, he is currently busy preparing for Meghna Gulzar's much-anticipated film Sam Bahadur, a biopic on Field Marshal Sam Manekshaw. Manekshaw was the Chief of the Army Staff of the Indian Army during the India-Pakistan War of 1971, and the first Indian Army officer to be promoted to the rank of field marshal. The project also features Sanya Malhotra and Fatima Sana Shaikh.

"I had always heard stories about Sam Bahadur from my parents who hail from Punjab and have seen the 1971 war but when I read the script I was completely blown away. He is a hero and patriot who is still remembered and loved to this day and capturing his spirit in the film is of the highest importance to me," Vicky had earlier said.

Vicky will also be seen sharing screen space with Sara Ali Khan in Laxman Utekar's yet-to-be-tiled film. In his kitty he also has 'Govinda Naam Mera' with Bhumi Pednekar.