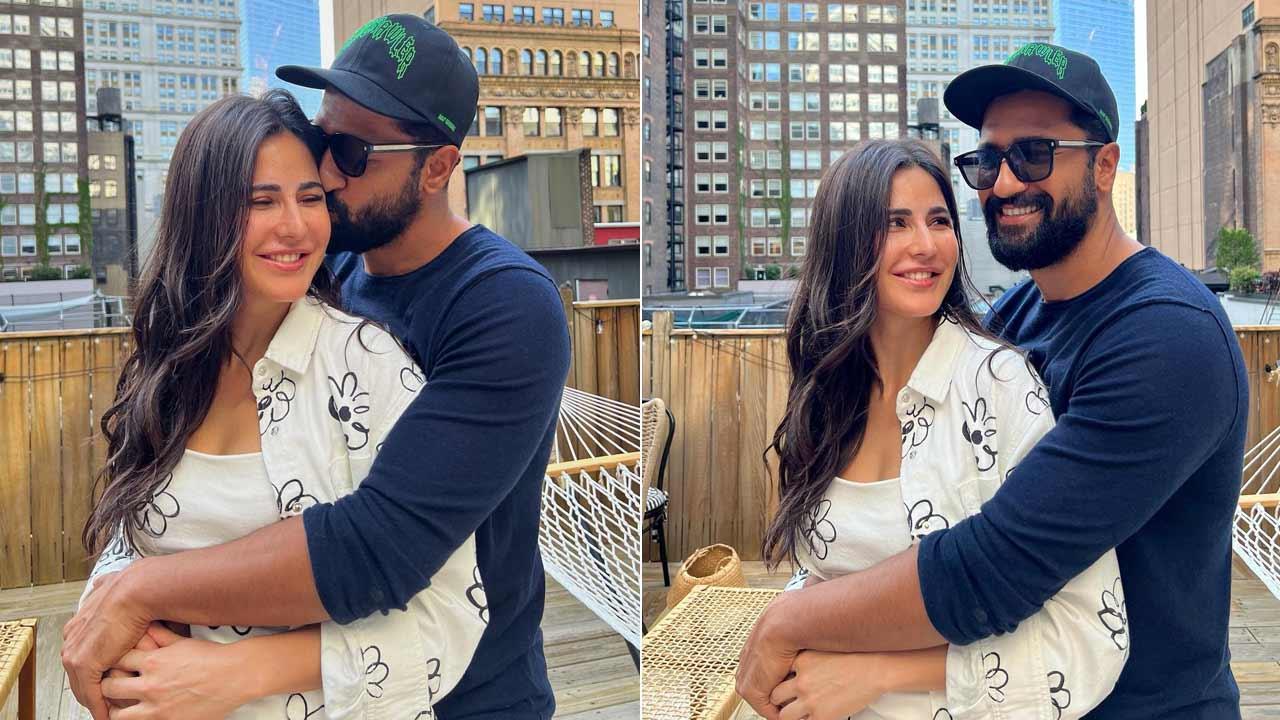 
Vicky Kaushal celebrates his 34th birthday today and how could his wife Katrina Kaif not have a wish for him! Kaif shared two adorable pictures with him and wrote- "New York Wala Birthday. Simply put ………………YOU MAKE EVERYTHING BETTER."

The actress was all smiles as she posed with her husband Vicky Kaushal and he even placed a peck on her cheeks.

Taking to her Instagram story, Katrina posted a picture from their visit to Priyanka Chopra's restaurant Sona, smiling and posing together with a member from the
restaurant. She captioned the picture, "Home away from home - @sonanewyork. Loved the vibe -@priyankachopra as always everything u do is just amazing."
The 'Tiger 3' actor looked adorable in a printed dress. Vicky, on the hand, donned a grey t-shirt with black denim pants and complemented his look with a black cap.

In response, PC soon reshared Katrina's post on her Instagram story and wrote a sweet note that read, "Love u honey! So glad u guys could make it. @sonanewyork welcomes u anytime..#homeawayfromhome."

Meanwhile, on the work front, both Vicky and Katrina have an interesting movie lineup. Vicky Kaushal will star in 'Govinda Nam Mera' with Boomi Pedneker and Kiara Advani. He also owns an untitled movie of Laxman Utekar starring Sara Ali Khan. Vicky will appear in 'Sam Bahadur' of Meghna Gulzar.

On the other hand, talking about Katrina Kaif, the actor has 'Tiger 3' in the pipeline, starring Salman Khan. She also has a horror-comedy 'PhoneBhoot' starring Siddhant Chaturvedi and Ishaan Khatter.

Next Story : Kiara Advani not approached for Prabhas-starrer 'Spirit'