The makers of the film dropped the love ballad today, starring Rajkummar Rao and Sanya Malhotra 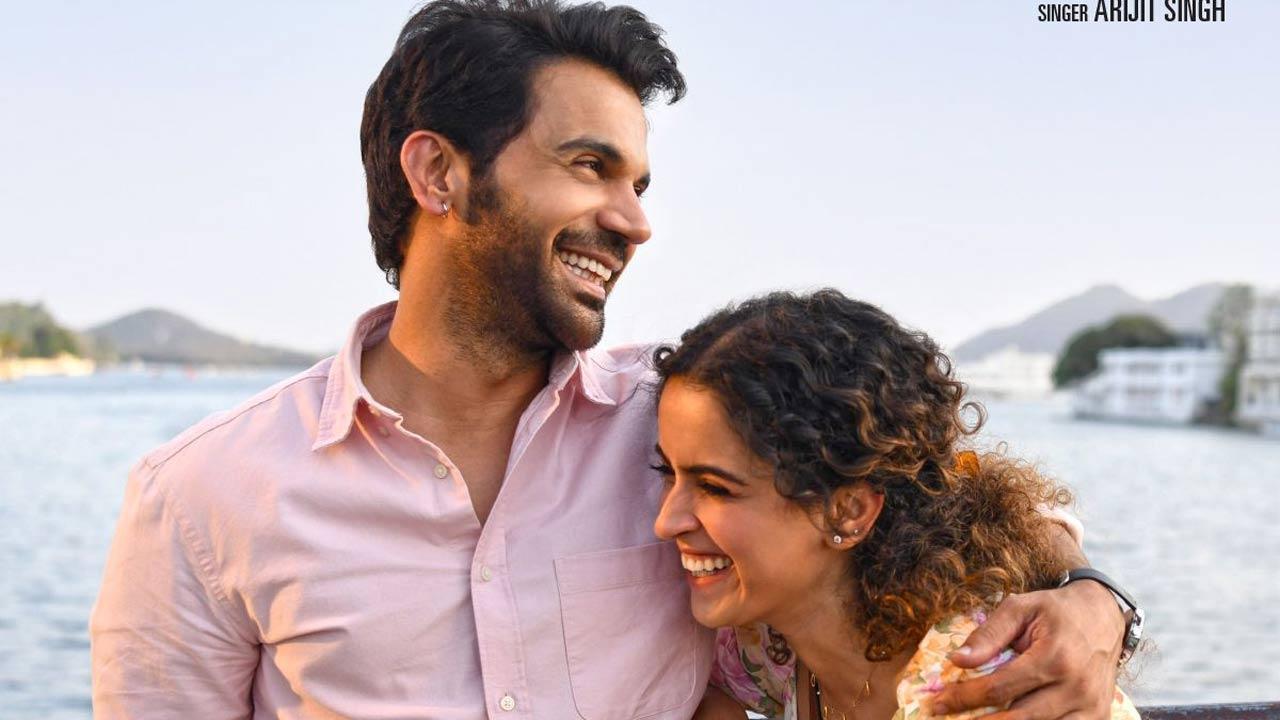 
As the sneak peek of the love anthem 'Kitni Haseen Hogi' came out yesterday, marking the successful association of Arijit Singh, Mithoon and Sayeed Quadri, fans were curious to see the chemistry between Rajkummar Rao and Sanya Malhotra in their film 'HIT: The First Case'.

The makers have now dropped the full song and it seems to be a soothing melody.

Rao, who was holidaying with his actress-wife Patralekhaa, took a break from his honeymoon and gave time to his work and travelled to Mumbai to attend the trailer launch of his film 'Hit: The First Case'.

Rajkummar arrived in Mumbai, travelled 22 hours to be part of the grand event only to travel back to his holiday later in the night.

Talking about the same at the event, the actor shared, "It was important for me to take a holiday after such a long pandemic as I couldn't take one after my marriage. I landed this morning at 9 am and I will be flying back tonight itself."

"I travelled all this way just for the trailer launch of my film because this film is very special to me and Sailesh is an excellent filmmaker. His original HIT was one of my favourites. And it was fun shooting with Sanya, Bhushan Sir, Dil Raju Sir and Kuldeep sir. So, when the team informed me that we are planning to launch the trailer and you might have to come for a day to attend it, I did not even think for a second before saying yes because this is the film that I am proud of."

He added: "This film presents me in a very different avatar and it also brings a great investigative thriller in our Indian Cinema because there are hardly any thriller films and a good thriller film is absolutely rare. So, I am very very happy that we all are a part of HIT: The First Case."

Next Story : Sobhita Dhulipala enjoys a glass of champagne in 48 degrees of heat in new post