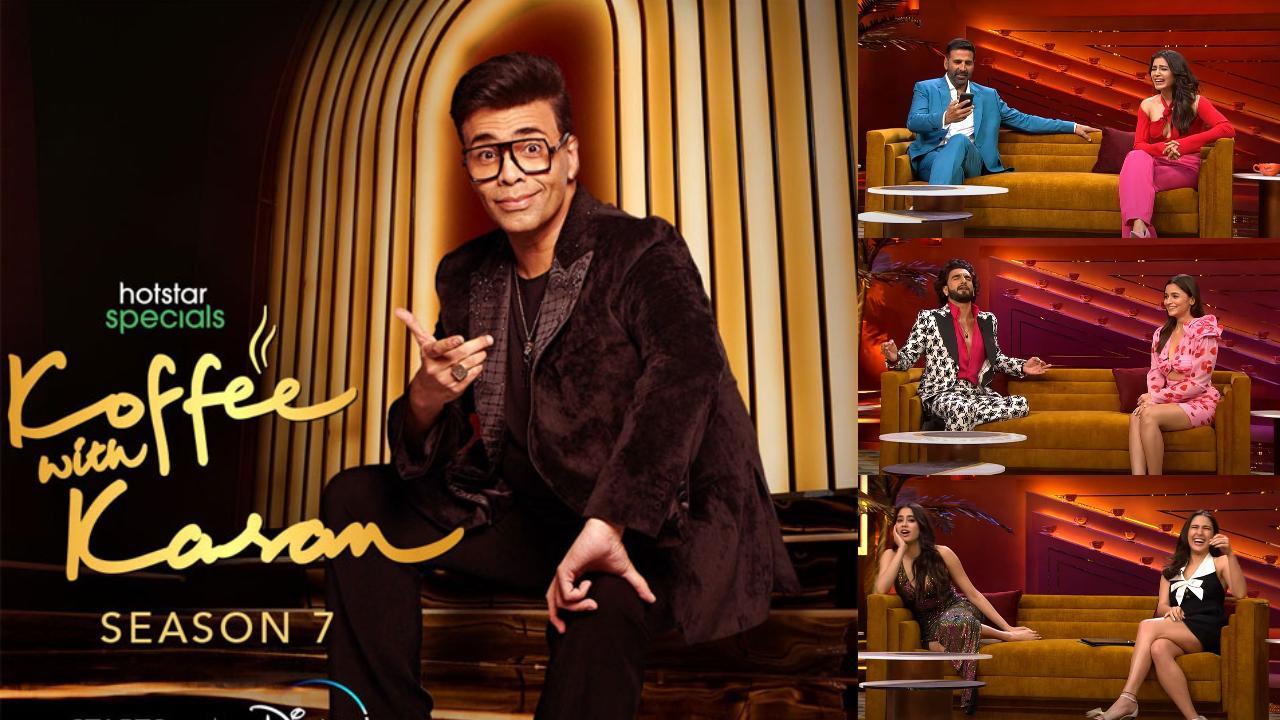 
The coffee, sorry Koffee is brewing, and the beloved couch is inviting some of India’s biggest stars as the host Karan Johar is back with the all-new Season 7 of 'Hotstar Specials Koffee With Karan'. Being contagious for over 18 years, the talk show has made headlines with superstar guests and intimate, fun conversations. Dropping new episodes every Thursday exclusively on Disney+ Hotstar, viewers will be on a whirlwind journey of getting up close and personal with celebrities starting July 7, 2022.

The trailer launched today showcases some popular stars that will be gracing the couch - Akshay Kumar, Anil Kapoor, Ranveer Singh, Alia Bhatt, Varun Dhawan, Janhvi Kapoor, Sara Ali Khan, Vijay Devarkonda, Samantha Prabhu, Shahid Kapoor, Kiara Advani to name a few, and the excitement keeps building as the season progresses further. There is more to watch out for in this season, as Karan Johar opens each episode with a monologue on current events and trending conversations, belting the naughty and nice while introducing his guests. Along with its signature rapid-fire segment, new additions like Koffee Bingo, Mashed Up, and more will also be introduced, bringing viewers closer to their favourite stars.

The host Karan Johar said, “I’m excited to be back with Koffee With Karan, for an all-new season, keeping up the promise of being the personal celebrity hotspot for over 18 years. This will be a season of all-out candor for a galaxy of stars where there are no brakes to pull. If you want to catch the conversations before they become the next day’s headlines, Disney+ Hotstar is your go-to destination every Thursday.”

Next Story : Tiger Shroff to roar in Portugal