Kriti Sanon shares most irritating thing about her sister Nupur

Taking to Instagram, the 'Mimi' actor started an Ask me anything session, under which a fan asked her about the most irritating things about her sister 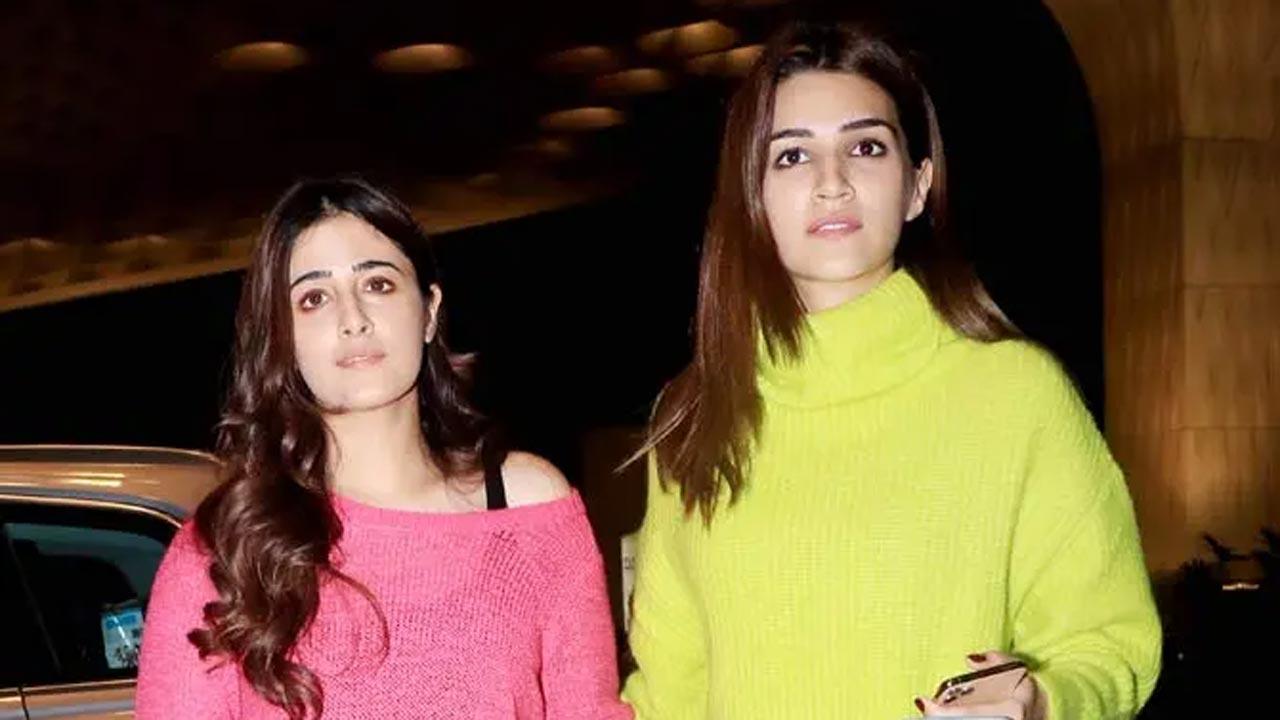 
Bollywood actor Kriti Sanon, on Saturday, talked about the most irritating thing about her sister Nupur Sanon. Taking to Instagram, the 'Mimi' actor started an Ask me anything session, under which a fan asked her about the most irritating things about her sister. To which she replied, "Firstly whenever she borrows anything from me, clothes skincare or anything, she never returns it back like never, and wo pair ghaseet ke chalti hai, which I hate."

The 'Luka Chuppi' actor also replied to some more questions from her fans.

Meanwhile, on the work front, Kriti will be next seen in 'Ganpath: Part One' alongside Tiger Shroff. The upcoming action thriller is all set to hit the theatres on the occasion of Christmas 2022. Apart from that, she will be also seen in 'Shehzada' along with Kartik Aaryan, which is slated to release on February 10, 2022. Directed by Rohit Dhawan, the film is an official Hindi remake of the Telugu film 'Ala Vaikunthapurramuloo ', which starred Allu Arjun and Pooja Hegde in the lead roles.

She also has a horror comedy film 'Bhediya' along with Varun Dhawan, and 'Adipurush' with south actor Prabhas and Saif Ali Khan in her kitty. Nupur, on the other hand, will be making her big Bollywood debut from 'Noorani Chehra,' opposite actor Nawazuddin Siddiqui. Apart from that, she also has a Pan-India film 'Tiger Nageswara Rao' in her kitty. Nupur has also worked with Akshay Kumar in B Praak's music videos 'Filhall' and 'Filhaal 2'.