Lalit Modi hits back at trolls targeting him for relationship with Sushmita Sen: I hold my head higher than you all ever can

Last Thursday, Lalit Modi posted a series of pictures with Bollywood star Sushmita Sen and announced that they are dating. He had now responded to trolls who resorted to name calling and made other accusations 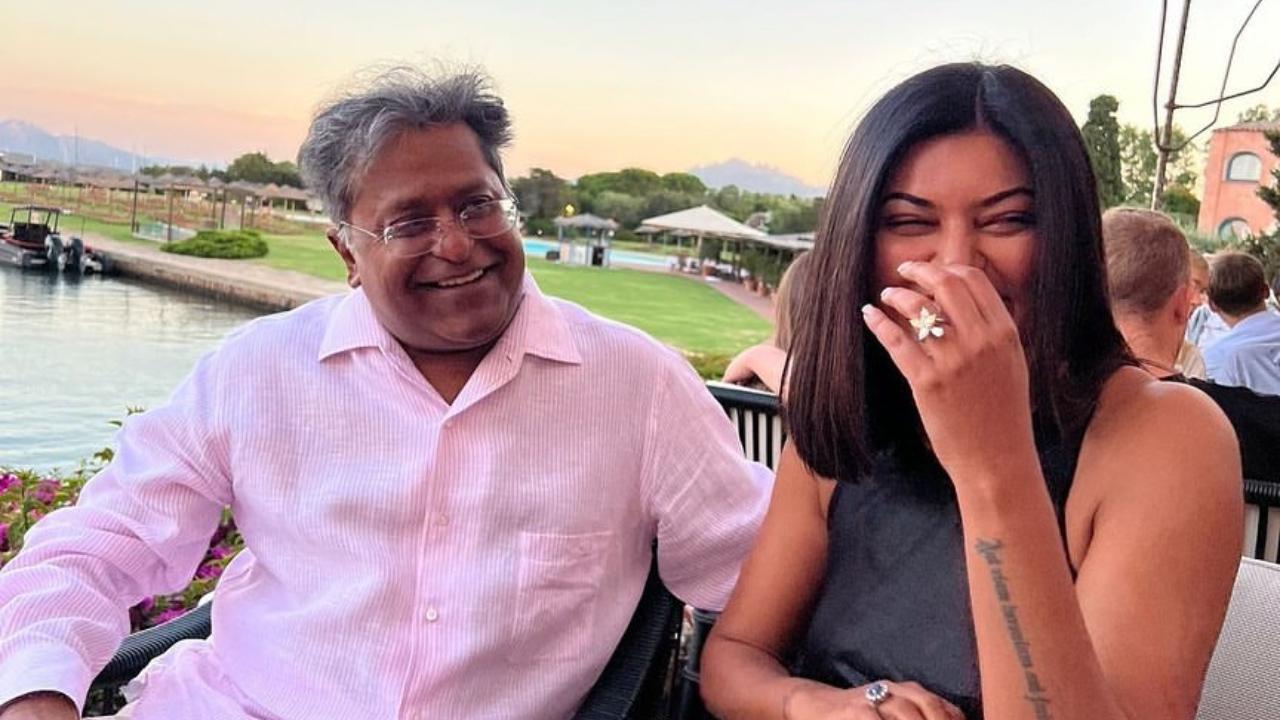 
Last Thursday, IPL Founder and Businessman Lalit Modi posted a series of pictures with Bollywood star Sushmita Sen and announced that they are dating. Addressing the former Miss Universe as his "better half", Modi's initial post led people to believe that the two got married. However, he soon clarified that they are only dating but expressed interest in getting married to Sen. The two recently went on a holiday in the island of Sardinia. Soon after the announcement, netizens started discussing the same. While some congratulated the two, some resorted to making jokes at the expense of the couple. On Sunday morning, Modi took to his Instagram handle to pen a note reacting to all the trolls.

Alongside the note, Modi also shared old pictures of him posing alongside powerful and popular word leaders. "Why is the media so obsessed abt trolling me apparently 4 wrongly tagging. Can someone explain - I only did 2 pics on insta- & Tag is correct.I GUESS We R still living in the Middle Ages that 2 people can’t be friends & then if chemistry is right & timing is good- Magic can happen. I guess because they R no liable suits in our country every Journo is trying there best to be #arnabgoswami - THE BIGGEST CLOWN. My advise live and Let others live. Write THE RIGHT NEWS - not like #donaldtrump style #Fakenews. And if u don’t know let me Enlighten u All- departed love of my life #minalmodi was MY BEST FRIEND for 12 years whilst she was married. She was not my mothers friend. That gossip was spread by vested interests. It’s about time to get out of this #crabmentality - hope u know what that means. Enjoy when someone prospers. Or does well or does 4 his country."

Further, reacting to being addressed as a fugitive, Modi wrote, "I HOLD MY HEAD HIGHER THEN U ALL Ever can. THOU U CALL ME A “fugitive” - pray & tell me which court has “EVER CONVICTED” me. I will tell u none.TELL ME JUST 1 other person in our beautiful NATION THAT has CREATED WHAT I HAVE. AND GIFTED IT TO THE NATION. AND EVERYONE KNOWS HOW DIFFICULT ITS TO DO BUISNESS IN INDIA. ACROSS 12/15 cities. And as I said in 2008 - @iplt20 - it’s recession proof. All laughed. Now who is laughing. Because world everyone knows I did it ALL ALONE. none of the monkeys in @_official_bcci_ did a thing. All came 4 there $ 500 dollars a day TA DA. WHO ELSE DO U KNOW TODAY THAT HAS CREATED SOMETHING That UNITES OUR COUNTRY AND EnjoYs THE VERY GAME I CREATED. DO U THINK I CARE ABOUT U CALLING ME A FUGITIVE - NO. I WAS BORN WITH A “DIAMOND SPOON” I did not take a bribe or ever needed to. LEAST YOU FORGET I AM THE ELDEST GRANDSON OF #raibahadurgujarmalmodi I bought money. Not take. And specially public money. Never took a govt favor. ITS TIME YOU WOKE UP - when I joined BCCI IT HAD 40 crores in the bank. I joined on my birthday nov 29 2005. Guess what was in the bank when I was BANNED - 47,680 crores - that 17 billion usd. Did even 1 clown help. No. They had no idea even where to start. Shame on u fake media. .Now they act like HEROS. Have integrity for once."

Lalit Modi was previously married to Minal Sagrani, whom he married in October of 1991. They had two children together - son Ruchir and daughter Aliya. Lalit is also a stepfather to Karima Sagrani, from Minal's first marriage. Unfortunately, Minal lost her life to cancer in 2018. On the other hand, Sushmita was in a relationship with model Rohman Shawl, whom she met through Instagram in 2018, but broke up with him last year. She is a mother of two adopted daughters Renee and Alisah.