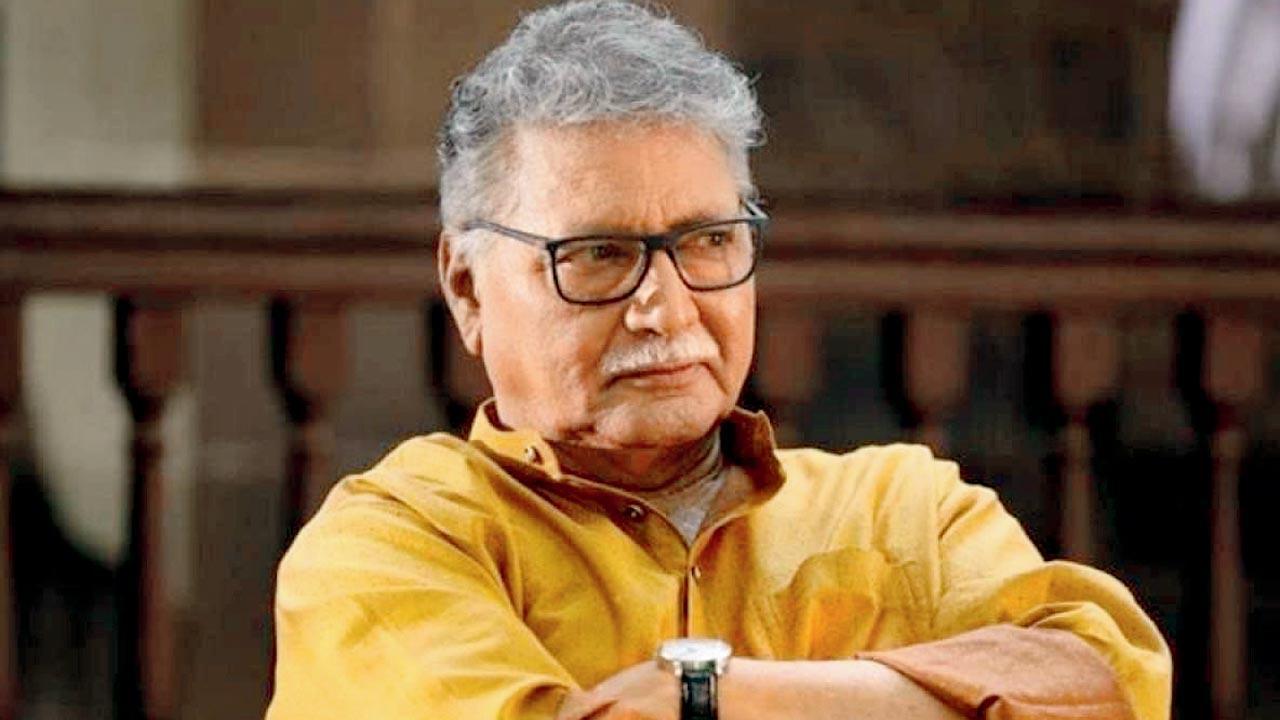 
National Award-winning actor Vikram Gokhale, who was a stalwart in Indian cinema, television and theater, has passed away following multiple organ failure. The actor, aged 77, breathed his last at a hospital in Pune, his daughter told mid-day. “We would like to thank everyone for their good wishes, support and prayers through this difficult time,” she said.

Gokhale remained synonymous with substance throughout his five-decade-old career that saw award-winning performances in both Hindi and Marathi. He debuted in the Hindi film industry with the Amitabh Bachchan-starrer Parwana (1971). Even in an ensemble that comprised popular stars, Gokhale stood out, courtesy his tremendous talent. In fact, it remained his strength to elevate even the smallest appearances and the thinnest characters offered to him.

What also set Gokhale apart from his contemporaries was his reliance on minimalism. Whether it was as the strict patriarch in Sanjay Leela Bhansali’s Hum Dil De Chuke Sanam (HDDCS, 1999) or the portrait of grief in Anubhav Sinha’s Tum Bin (2001), Gokhale performed with just his expressions, where others needed words. “Vikram ji is one of the greatest actors that I have ever worked with. I feel people should learn from his legacy. Despite being a great reader, orator, and so well-read, he was simple-hearted. When I met him, he was like a friend and colleague, who often told me, ‘Sanju main tere saath hoon. Tu bol kya aur kaisa karna hai’. He was a great colleague to be on the set with, as he was always there for [me]. Vikram ji introduced me to Indian classical vocalist Pandit Ajay Pohankar, who suggested the Albela sajan raag [a version of which is used in HDDCS]. It was hard, but he [barely] took an hour to learn the song,” says Bhansali, adding that he learned the nuances of the craft when he saw Gokhale perform. “Vikram ji was the complete master of his craft. Always in control of every aspect—in words, dialogue, expressions, and diction. He was spontaneous. We don’t get actors like him anymore.”

Thicker than his association with the Hindi film industry was his relationship with Marathi cinema and stage. In return, Marathi directors did justice to his talent, as he became one of the tallest stars in the fraternity, also earning a National Award for his work in Anumati (2013). Gokhale’s Anumati co-star and longtime collaborator, Neena Kulkarni, fondly remembers him as the one of the most knowledgeable artistes she had ever met. “He was an intelligent and responsible actor. You could talk to him for hours on the process of acting. He was also well-informed about everything—from literature to politics. His performances are acting classes for the next generation. In Godavari [2006], he had just one dialogue, but he delivered it in variations; that is education in itself. I will obviously miss [my] friend, as we go back a long way. The fact that we have portrayed all relations from husband-wife, lovers to siblings and to me even playing his daughter-in-law was a running joke between us,” she reminisces.

“He used to call me Maya,” says Mahesh Manjrekar, who directed Gokhale in Natsamrat (2016), after which, they did another movie together, Me Shivaji Park (2018). “ Vikram Gokhale was an institution in the field of acting that has shut down today. He was the most complete actor in the industry. He could enhance a scene by just using a handkerchief and make it look believable. I have seen him in theatre doing everything, including comedy. [Even though we were] young, he always treated us on par with each other. He was a close friend. Vikram was a director’s actor, but I never had to tell him what to do. Despite his acting prowess, he was casual about it on the sets,” adds the director.

His journey in showbiz