On Tuesday, the 55-year-old designer took to his Instagram stories and shared glimpses of his London outings with Alia Bhatt and Kareena Kapoor among others 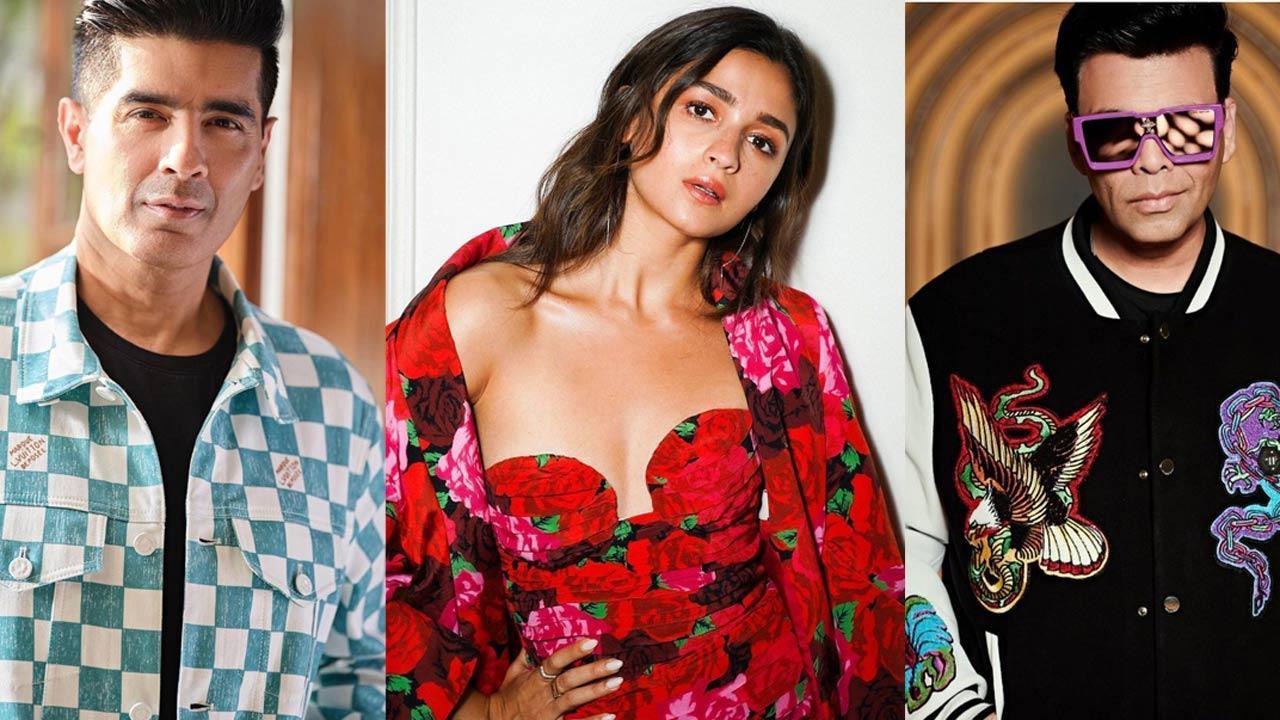 
It seems like fashion designer Manish Malhotra along with Bollywood celebs like Alia Bhatt, Kareena Kapoor, Karan Johar, Twinkle Khanna and Gauri Khan had a mini-renunion in London.

On Tuesday, the 55-year-old designer took to his Instagram stories and shared glimpses of his London outings with Alia Bhatt and Kareena Kapoor amongst others.

From the series of glimpses, in one of the pictures Manish could be seen posing with mom-to-be Alia Bhatt and Karan Johar, he captioned the image, "Taking in the London sun."Alia and Ranbir tied their knot on April 14, 2022, after dating for many years, at Ranbir's Mumbai residence in an intimate ceremony. Just after two months of their marriage, the couple, on Monday, announced that they are all set to embrace parenthood. Meanwhile, Alia is busy shooting for her Hollywood debut 'Heart of Stone' in London, while her hubby is actively involved with Shamshera's promotional work.

Right after that, Manish posted a picture with Bollywood diva Kareena Kapoor, the two posed for the camera, Manish captioned it, "With my favourite @kareenakapoorkhan." Our Bebo is currently enjoying her family vacation in London, and the 'Heroine' actor recently attended a rock concert by the British brand 'The Rolling Stone' with her son Taimur and husband Saif Ali Khan.

Moving further in Manish's string of glimpses, he also shared a picture with his friend Natasha Poonawalla and Kareena, he wrote "The best girls." in the caption.

Past these, Manish went on by sharing some more stunning glimpses, in which he was seen posing with the 'beauties' of Bollywood, including Twinkle Khanna and Gauri Khan among others. Manish captioned the picture, "With the beauties."

Manish was recently spotted giving a dynamic performance on 'Nach Punjaabban' along with Neetu Kapoor and with her daughter Riddhima Kapoor Sahni and designer Surily. In the video, all four were seen doing the hook step of the hit song. , Neetu and Manish took the lead in front while Ridhima kept grooving to the tunes of the song from behind.

Also, "I am a woman, not a parcel,” said Alia Bhatt, slamming various media reports claiming that she will be taking rest after completing her work commitments to focus on her pregnancy. In a note shared on her Instagram Stories, Bhatt criticised articles claiming that her actor-husband Ranbir Kapoor will be travelling to the UK, where she is filming her Hollywood debut Heart of Stone, to bring her back home. “Nothing has gotten delayed! No one needs to pick anyone up. I’m a woman, not a parcel. I do not need to rest at all, but good to know you’ll have a doctor’s certification as well,” the actor wrote.

Next Story : 'Kitni Haseen Hogi' song from Rajkummar Rao and Sanya Malhotra's 'HIT: The First Case' is a soothing melody