Pics: Nysa Devgan parties in London with Ahan Shetty, Mihikaa Rampal, and others 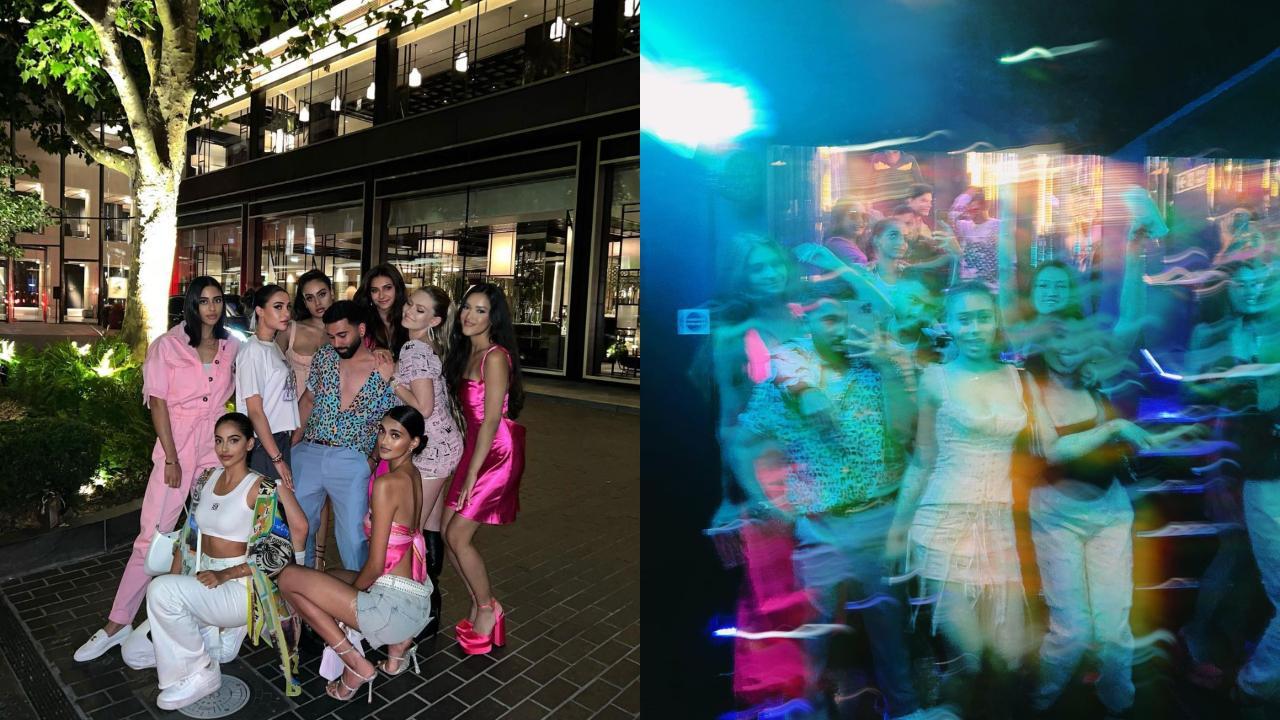 
Ajay Devgn and Kajol's daughter Nysa Devgan is the latest star kid who has the attention of netizens. Recently, pictures of her partying with her friends went viral on social media. Nysa was celebrating her friend Orhan Awatramani's 27th birthday. Also at the party were actors Ahan Shetty, Banita Sandhu, and Arjun Rampal's daughter Mihikaa Rampal.

Orhan, a mutual friend among most new generation actors, took to his Instagram handle to share pictures from the party. "If the light is off, then it is not on #27," he wrote giving a glimpse into the party.

Nysa looked stylish in a pink bodycon dress, while Mihikaa also opted for a short pink dress. Ahan, on the other hand, kept it casual in a black t-shirt and was seen flexing his muscles in one of the pictures. The pictures also feature actress Banita Sandhu in an all-white ensemble. She kept her makeup dewy and tied her hair into a sleek ponytail.

Meanwhile, Nysa, who is pursuing her education in Europe was seen exploring several countries in the continent. Her friend Orhan shared several pictures from their trip to Barcelona, Spain, and Amsterdam on his Instagram handle. Also, in Amsterdam, Nysa met Janhvi Kapoor and Varun Dhawan, who were shooting for their next film 'Bawaal'. Check out the posts below:

Next Story : Bhumi Pednekar: We have unique tuning to deliver meaningful films