R Madhavan shares goofy video, tells wife how he will look when old

In the video, Madhavan is seen getting his hair done with the entire makeover process lasting 18 hours. Along with recording his makeover, he gave a message in the video to his wife 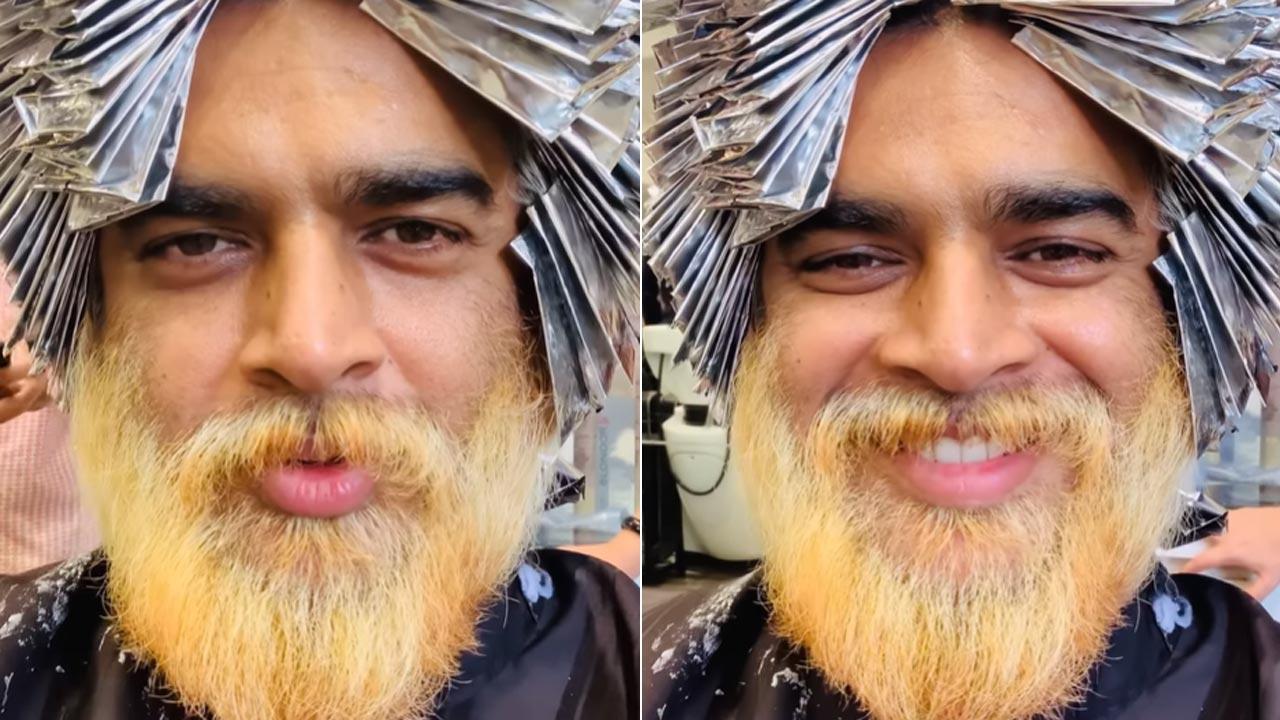 The 'Tanu Weds Manu' actor shared the look from his upcoming movie 'Rocketry: The Nambi Effect' and left his fans and followers amused.

In the video, Madhavan is seen getting his hair done with the entire makeover process lasting 18 hours. Along with recording his makeover, he gave a message in the video to his wife.

"Hi Sarita! This is how I'm gonna look when I grow up old, just to let you know. Take a picture of this and keep it," he quipped.

Madhavan captioned this hilarious video, "Silly and stupid things I said when I was sitting for 18 hrs on a chair for the makeover.#rocketrythefilm".

'Rocketry: The Nambi Effect', the biographical drama movie which is based on the life of renowned scientist Nambi Narayanan, launched the trailer on the NASDAQ billboard at Times Square.

Madhavan, who has directed, produced, written as well as starred in the film, was present at the trailer launch along with former ISRO scientist and aerospace engineer Nambi Narayan. The movie is set to release on July 1, 2022. Phyllis Logan, Vincent Riotta, Ron Donachie, Simran, Rajit Kapur, Ravi Raghavendra, Misha Ghoshal, Gulshan Grover, Karthik Kumar and Dinesh Prabhakar are also a part of the project.

The film will also see special appearances by superstars Shah Rukh Khan and Suriya. It has been shot in India, Franc, Canada, Georgia and Serbia. It will be out in several languages including Hindi, Tamil and English.

Next Story : Anushka Sharma shares cycling video, wishes to 'pedal back' to her vacation days