Rajkummar Rao remembers his mother on her death anniversary

Taking to his Instagram handle, Rajkummar Rao dug out a delightful picture from his wedding ceremony 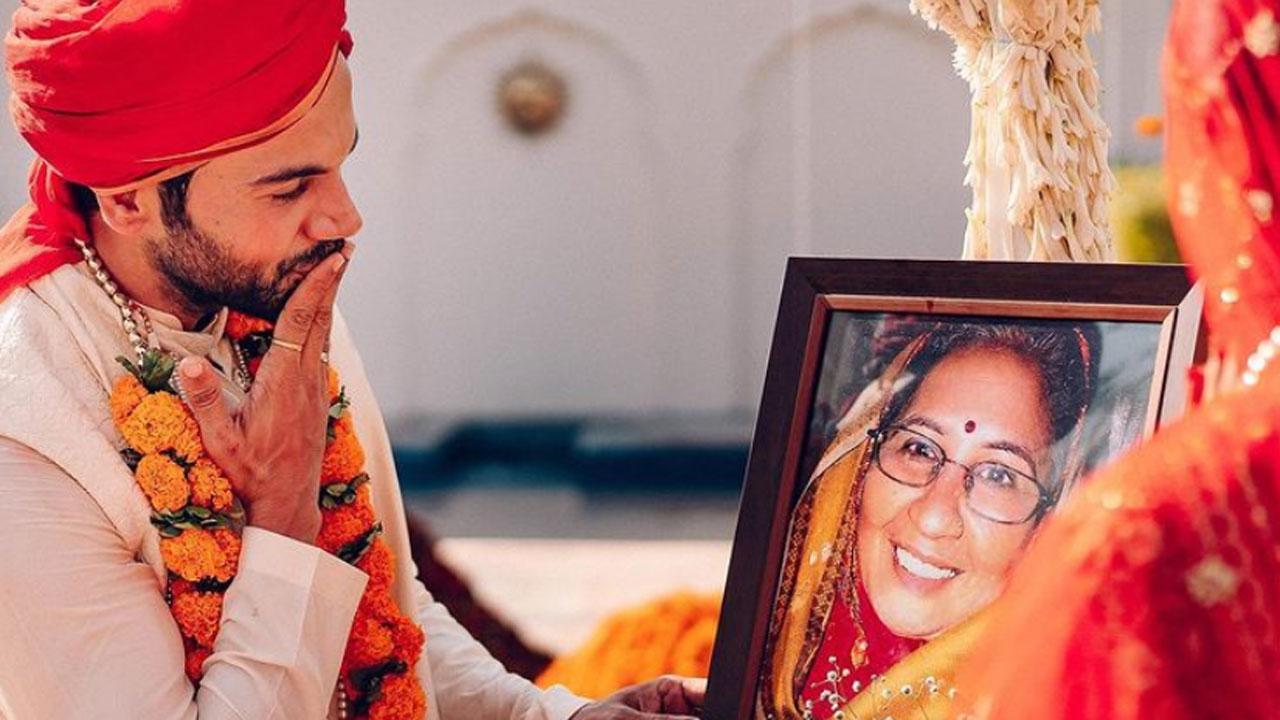 
Bollywood star Rajkummar Rao, on Tuesday, penned a sentimental note on the sixth death anniversary of his mother. The snap captures the actor dressed as a groom, kissing the photo frame of his late mother. "It's been 6 years Maa, since you left us but I know you are always there with me," Rao captioned the post.

He added, "I'll always keep you in my heart and I know you're always there to guide me, protect me, love me and bless me. I'm a very proud son and I'll always try and make you a proud Mother. You will always be my Hero. I love you Maa."

The post on the photo-sharing platform garnered more than two lakh likes within a few hours of being posted. It received likes and comments from celebrity followers including Janhvi Kapoor, Ali Fazal and more.

Meanwhile, on the work front, Rao was last seen in the comedy-drama 'Badhaai Do', co-starring Bhumi Pednekar.

He will be next seen in the movies like 'Monica, O My Darling', 'Bheed', 'Guns and Gulaabs' and Bhushan Kumar's upcoming untitled film in which he will be essaying the role of visually impaired industrialist Srikanth Bolla.