“Raksha Bandhan” is a story about Lala Kedarnath (Kumar) and his relationship with his four sisters. It focuses on his efforts to get his sisters married and tackles issues such as dowry and body shaming 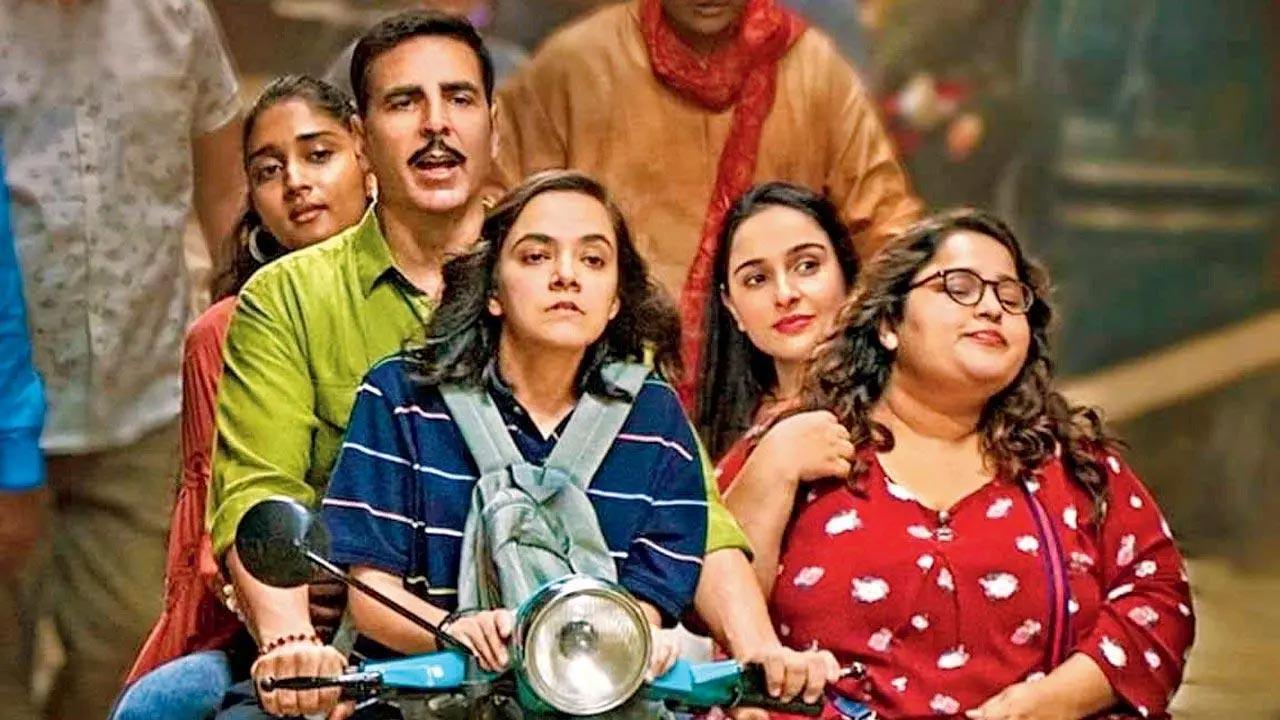 
Superstar Akshay Kumar’s 'Raksha Bandhan' will start streaming on ZEE5 on October 5, the streamer announced on Saturday. Helmed by filmmaker Aanand L Rai from a script by Himanshu Sharma and Kanika Dhillon, the family drama released in theatres in August. 'Raksha Bandhan' is a story about Lala Kedarnath (Kumar) and his relationship with his four sisters. It focuses on his efforts to get his sisters married and tackles issues such as dowry and body shaming. Kumar said he is glad the movie will reach a wider audience with its release on ZEE5.

“As an actor and producer, I believe in backing stories that are imbibed in our core values and that resonate with the nation. ‘Raksha Bandhan’ is an important family film that will evoke feelings of togetherness and oneness and that will unite families while making them laugh, cry and think,” the 55-year-old actor said in a statement.

Rai, who earlier collaborated with Kumar for 2021’s 'Atrangi Re, said 'Raksha Bandhan' is entrenched in Indian values and customs and there is a big appetite for such films across the world. “So, with this film’s world digital premiere on ZEE5, I am glad that ‘Raksha Bandhan’ will reach a wider audience across 190+ countries who will relate to its central theme of sibling bond and love. This film is sure to lift people’s spirits and bring them closer and I can’t wait to see that happen,” he added. The movie also features Bhumi Pednekar as Kumar’s on-screen love interest, while Sadia Khateeb, Sahejmeen Kaur, Deepika Khanna and Smrithi Srikanth play the role of his sisters. 'Raksha Bandhan' is produced by Zee Studios, Rai’s Colour Yellow Production and Kumar’s Cape of Good Films.

Manish Kalra, Chief Business Officer at ZEE5 India, said with the release of 'Raksha Bandhan', the company continues its trend of showcasing witty, endearing, and impactful storytelling. “In today’s fast-paced world, we barely find the time to connect with our loved ones and ‘Raksha Bandhan’ serves the right opportunity to bring families together for a heart-warming story on togetherness and sibling camaraderie,” he added.