Not many people might know, but Alia had reportedly said that she first had a crush on Ranbir when she was just 11 years old 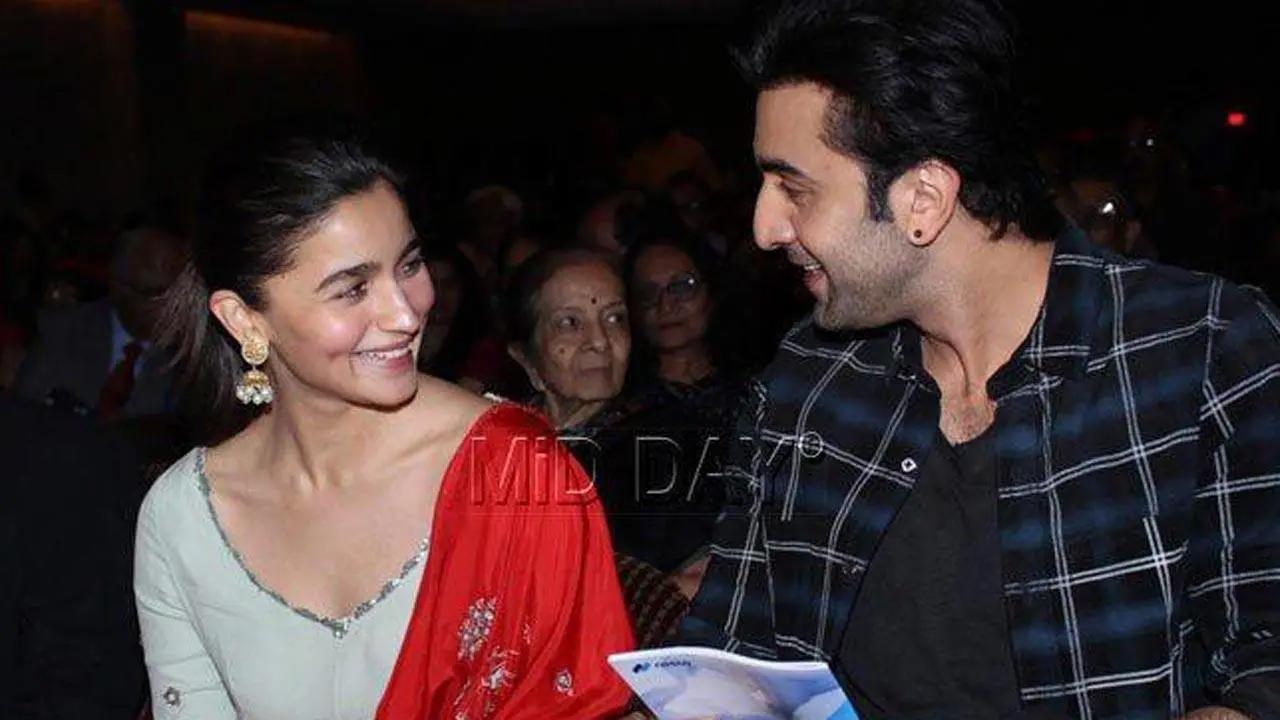 
As the wedding season is gradually approaching its conclusion, it seems like B-town's most adorable couple, Alia Bhatt and Ranbir Kapoor, are in line to get hitched while following the age-old Bollywood tradition of discreet marriages.

Adorably called 'Ralia' by some fans, the couple has often teased netizens with glimpses of their relationship. The celebrity sweethearts have recently sparked wedding rumours, and if reports are to be believed, they will be taking the plunge by tying the knot this April.

While the news of their wedding can be interpreted as that of a match made in heaven, Alia and Ranbir's love story isn't a typical 'guy-meets-girl' romance, with details about the couple's timeline mostly shrouded by secrecy. So let's look back at how it all began!

Not many people might know, but Alia had reportedly said that she first had a crush on Ranbir when she was just 11 years old. The actor had revealed that she was auditioning for Sanjay Leela Bhansali's 'Black' where the suave star was working as an assistant director, and she fell head over heels for him.

Years later, after Alia had made her Bollywood debut as an actor in 2014, she expressed her desire to marry Ranbir during one of the episodes of Karan Johar's talk show 'Koffee with Karan'. Not just that, Ranbir too showed up that year to promote Alia's film 'Highway'.

Following that, both Alia and Ranbir were linked to several Bollywood celebs over the years, however, rumours about the two dating each other were also rife back then. When the actors got roped in for filmmaker Ayan Mukerji's 'Brahmastra' in 2017, those rumours gained more momentum, and it was finally in 2018 that the duo made head turns by marking their first appearance as a couple at the wedding reception of Sonam Kapoor and Anand Ahuja.

Both of them were dressed in their traditional best, complimenting each other perfectly. Soon after making the appearance, Ranbir confirmed their relationship to a magazine. Back then, he had stated that their relationship was "new" and that he didn't want to speak much about it.

This was followed by several more appearances on many occasions, including family weddings and cozy lunch or dinner parties. When in September 2018, Ranbir's father, Rishi Kapoor, got admitted to a medical facility in New York, the couple was often snapped visiting him together.

Alia also rang in the 2019 New Year celebrations with Ranbir's family and the pictures of their gathering went viral on social media in no time. The entire gang seemed like one big happy family.

The same year, while making an appearance at an awards ceremony, Ranbir and Alia openly proclaimed their love for each other. The actors had won Filmfare awards for best acting in their respective roles that year.

In December 2020, Alia also accompanied Ranbir and his mother Neetu Kapoor to Armaan Jain's wedding celebration. Almost every time they stepped out, Ranbir and Alia made headlines for their adorable chemistry. That year, there had been strong rumours about them tying the knot, but it did not happen, and COVID might have been a contributing factor to that.

Later, Alia's 2021 Instagram posts proved that the duo was still very much in love. The couple had even flown to Rajasthan to celebrate Ranbir's 39th birthday. Alia shared a picture from the calm, natural setting as she wished Ranbir a happy birthday.

She also shared a post with Ranbir on the festival of Diwali, which left fans excited and craving for more. In the picture, Alia and Ranbir could be seen in an embrace while gazing deeply into each other's eyes.

In December 2021, during the motion poster launch event of 'Brahmastra', the adorable couple was seen at their candid best. They answered several fan questions while subtly engaging in some adorable PDA.

On being asked by a fan, "When will you marry Alia or someone else?" Ranbir wittily replied, "Haven't we seen a lot of people getting married in the last year? I think we should be happy with that." However, turning towards Alia, he cheekily added, "Humari kab hogi?" to which a visibly blushing Alia replied, "Why are you asking me?"

Now it remains to be seen whether Alia and Ranbir will take their relationship to the next level and breathe life into their marriage rumours by tying the knot this April, or will fans still have to wait for the union of their favourite Bollywood couple.