Ranbir Kapoor and Alia Bhatt are now officially married. The husband and wife arrived outside their residence Vastu to pose for the paparazzi when Ranbir lifted Alia in his arms 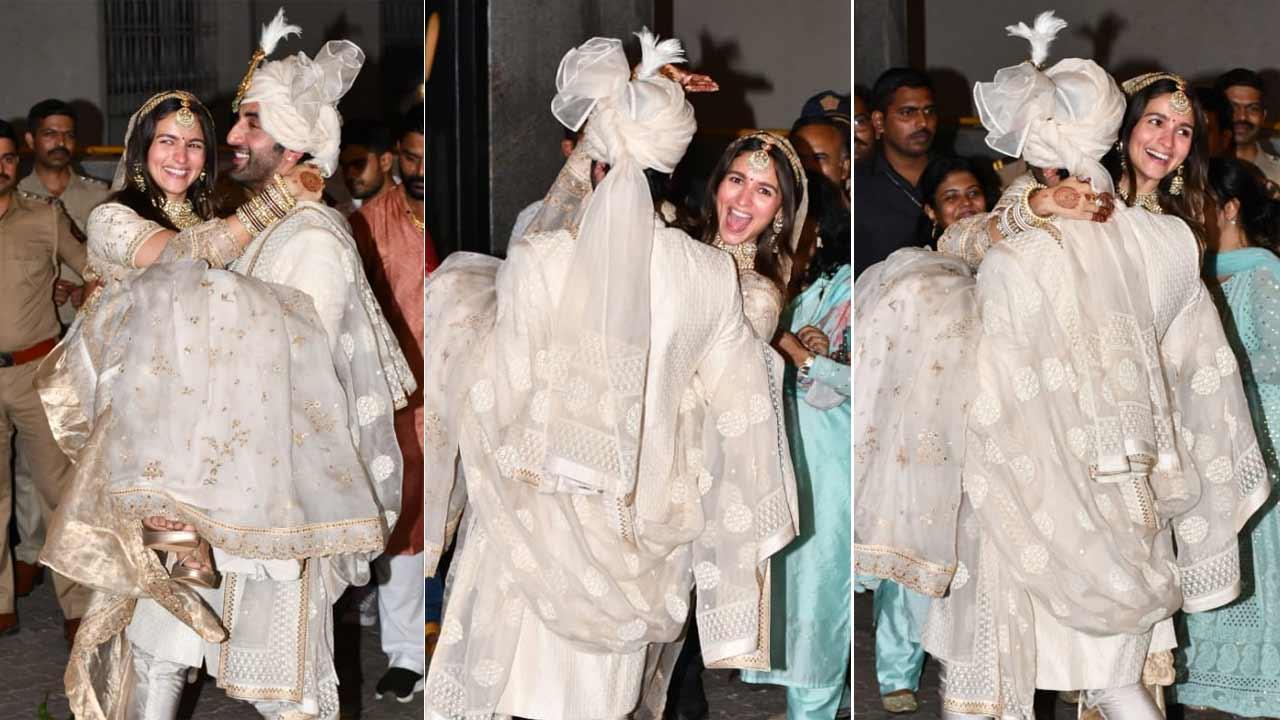 
So Ranbir Kapoor and Alia Bhatt have finally tied the knot after weeks of rumours and speculations. The wedding was an intimate ceremony that was attended by close friends and family.

The husband and wife arrived outside their residence Vastu to pose for the paparazzi when Ranbir lifted Alia in his arms. They gave a lot of candid poses to the media and the press was also given sweets and refreshments as a gesture.

For the uninitiated, Alia  shared a bunch of dream-like pictures of the couple on her social media.

Taking to her Instagram, Alia posted a series of pictures with Ranbir, who's seen sporting a well-developed beard. She wrote in the caption: "Today, surrounded by our family and friends, at home, in our favourite spot -- the balcony we've spent the last five years of our relationship -- we got married."

She continued: "With so much already behind us, we can't wait to build more memories together, memories that are full of love, laughter, comfortable silences, movie nights, silly fights, wine delights and Chinese bites. Thank you for all the love and light during this very momentous time in our lives. It has made this moment all the more special. Love, Ranbir and Alia."

Ranbir and Alia began dating on the sets of "Brahmastra" in 2018 and made their first appearance as a couple at Sonam Kapoor's wedding reception in the same year.

After the wedding, incidentally, Ranbir's cousin, Kareena Kapoor Khan, shared a picture of her second child Jeh on Instagram. The mother-son duo dressed in matching shades of pink can be seen laughing their hearts out for the camera.