In the video, Ranbir, Sanjay Dutt, and the film's director Karan Malhotra are seen discussing how Ranbir's two characters in the film, Balli and Shamshera, were created 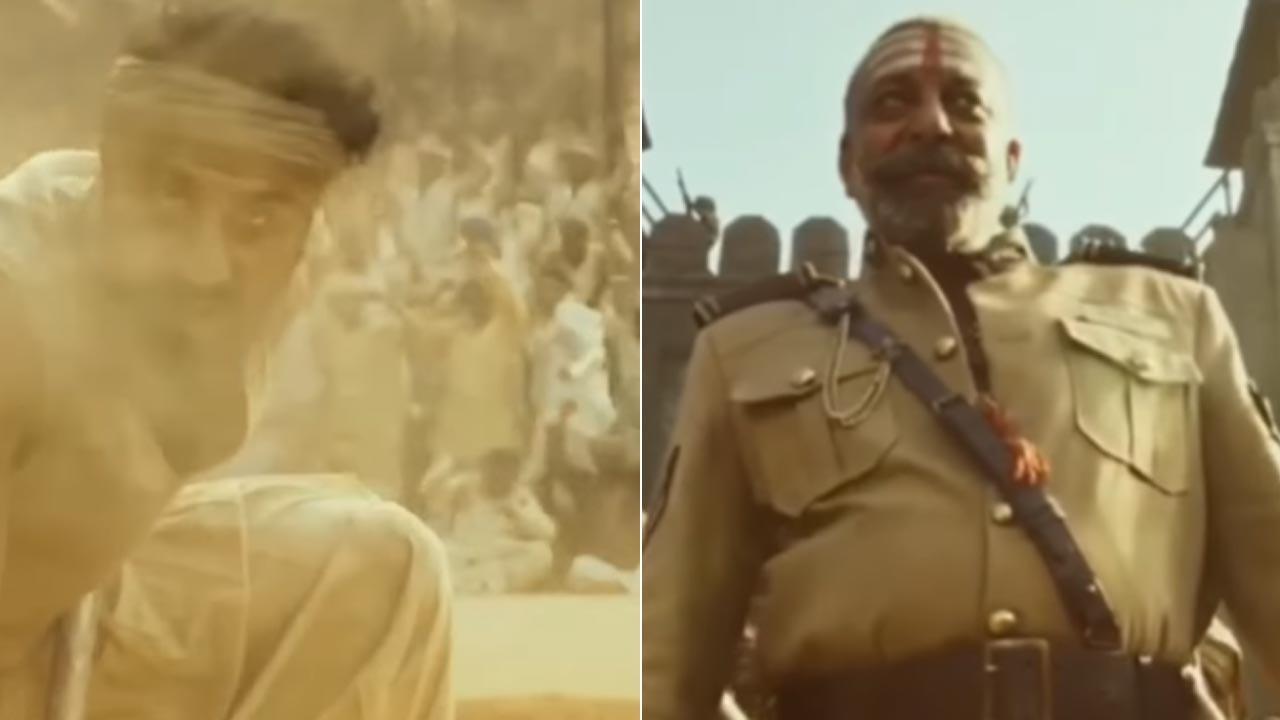 
After unveiling the trailer of the anticipated film 'Shamshera', the makers, on Saturday, dropped a BTS video from the sets of the film.

In the video, Ranbir, Sanjay Dutt, and the film's director Karan Malhotra are seen discussing how Ranbir's two characters in the film, Balli and Shamshera, were created.

"Shamshera is one of those films that when the narration got over, I knew for a fact that I had to be a part of the film. It's amazing that I'm playing two characters in one film! Both are very different and unique but their heart and their head is very similar. The transition from Shamshera to Balli was very interesting for me as an actor," Ranbir said.

Ranbir also revealed an interesting detail of his character Balli, the son, in Shamshera.

He said, "while Shamshera is a part of a tribe, the leader of the tribe, Balli is born in the prison of Kaza!"

About his intense Shamshera look in which he is sporting some grey hair, Ranbir explained, "We greyed him a bit because he was in his late 30s or early 40s. It's the same actor who is playing both these parts but both had to look distinctively different."

Director Karan Malhotra is thrilled about how Ranbir, regarded as one of the best actors of our generation, has transformed as Shamshera and Balli in the action extravaganza.

Karan said, "Ranbir has broken all stereotypes. He has destroyed all the shackles of his past work to get that intensity, he has done a remarkable job in Shamshera! He has gone beyond my expectations!"

This action extravaganza has been produced by Aditya Chopra and is set to release in Hindi, Tamil and Telugu on July 22, 2022.