On Tuesday, Salman dropped another shirtless picture on social media which is currently gathering all the eyeballs 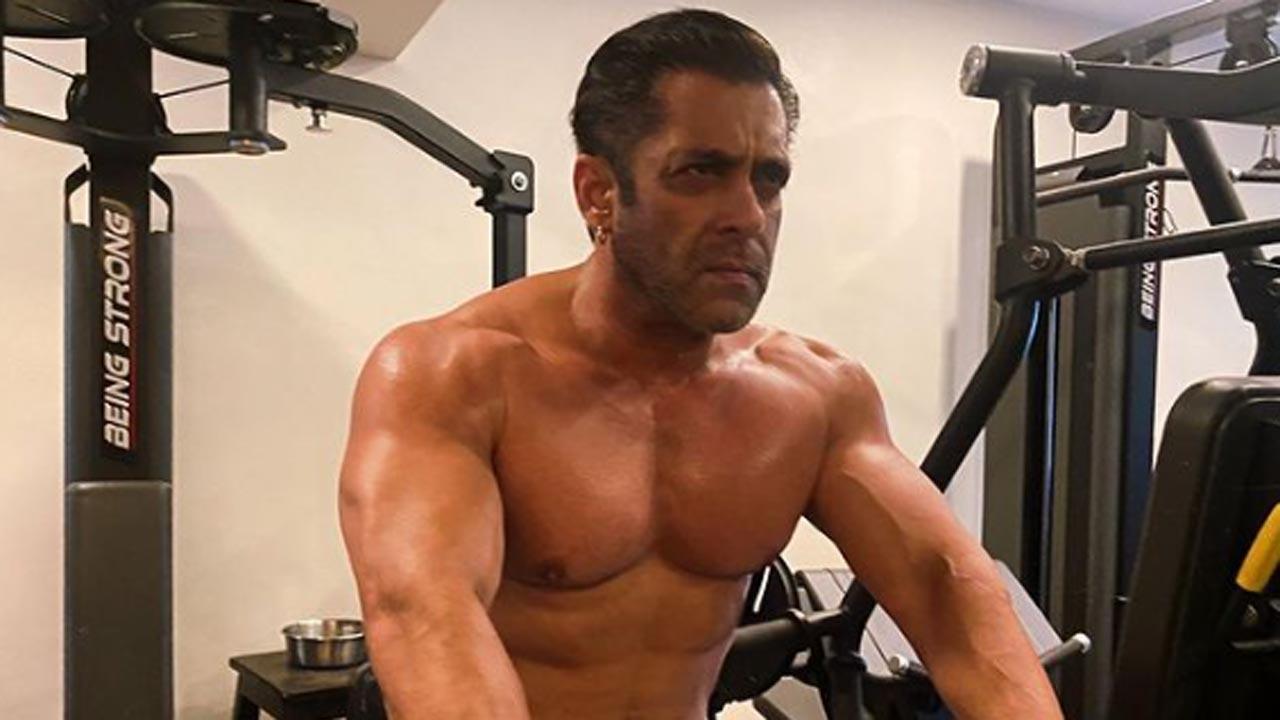 
Fans go crazy when Bollywood actor Salman Khan flaunts his six-pack abs in each of his movies. On Tuesday, Salman dropped another shirtless picture on social media which is currently gathering all the eyeballs. Taking to Instagram, the 'Ek Tha Tiger' actor shared the post, which he captioned, "Being Strong."

In the picture, the 'Bajrangi Bhaijaan' actor could be seen with an angry look, flaunting his ripped body and chiselled chest and his most famous six-pack abs inside of a gym. Soon after he shared the post, fans swamped the comment section and dropped heart and fire emoticons.

Meanwhile, talking about the work front, Salman will be next seen in Sajid Nadiadwala's action comedy film 'Kabhi Eid Kabhi Diwali' alongside Pooja Hegde, Zaheer Iqbal and Bigg Boss contestant Shehnaaz Gill and Venkatesh Daggubati. Salman's brother-in-law Aayush Sharma was also a part of the film. However, he reportedly walked out of the film.

Apart from that, he will be also seen in Yash Raj Film's upcoming action thriller film 'Tiger 3' alongside Katrina Kaif.

Reportedly, Salman will be having a cameo in Shah Rukh Khan's upcoming action film 'Pathaan', which is slated to release on January 25, 2023.

Next Story : I'm very nervous right now, it's been over 48 hours I've not slept: Aamir ahead of 'Laal Singh Chaddha' release