Earlier, Shah Rukh Khan on Friday took to Instagram and revealed the 'Jawan' teaser which also showcased the actor's look in the film 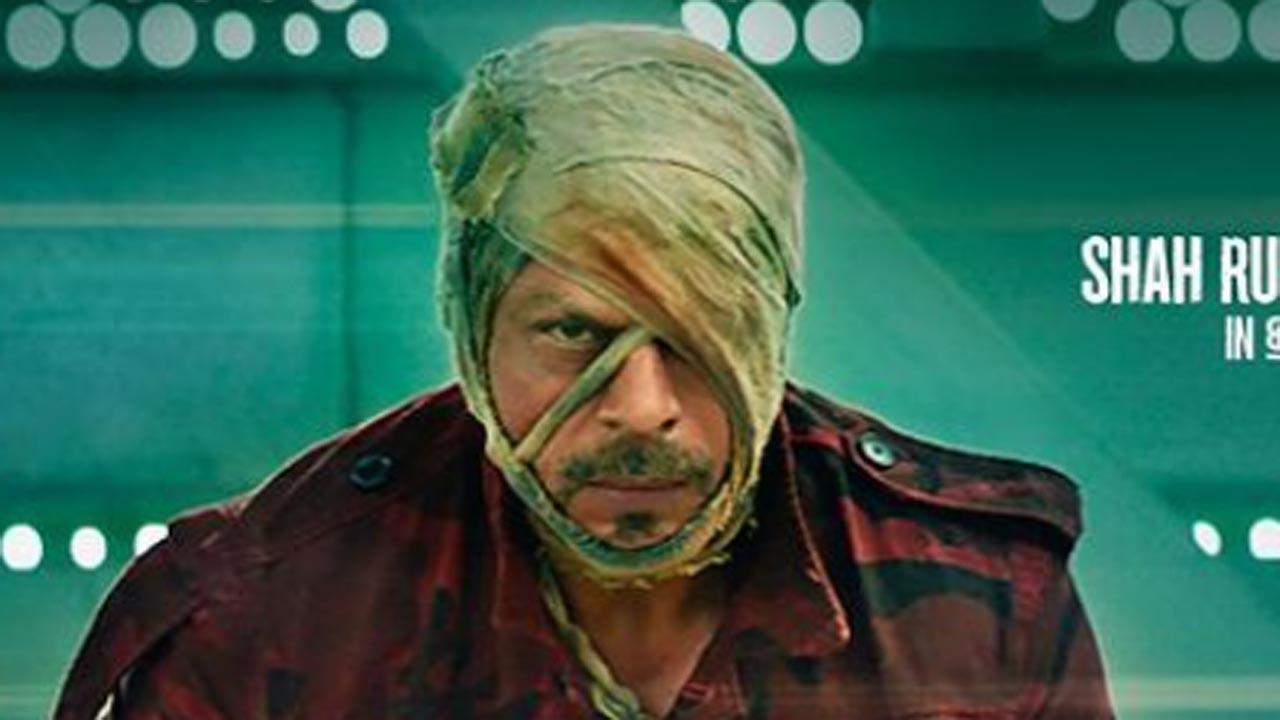 
Taking his fans into a frenzy, superstar Shah Rukh Khan on Saturday unveiled a poster of his much-anticipated action-entertainer film 'Jawan' on social media.

Taking to his Instagram account, King Khan captioned the post as, "It's a special redchilliesent project that has seen its wait because of inevitable issues surrounding us. But a few good men worked hard & made it happen. Want to thank the @_gauravverma the Co-Producer, @atlee47 and their Jawans for making this dream come to life. Now...Good to go Chief...!"

The film poster took the internet by storm with Shah Rukh Khan in a brand new avatar. King Khan could be seen exuding a tough, and angry aura, against a rugged background. Seemingly, he is wounded, as his face remains almost completely wrapped in bandages. But, that one-eye expression of the superstar has brought in a lot of praise from fans.

Earlier, Shah Rukh Khan on Friday took to Instagram and revealed the 'Jawan' teaser which also showcased the actor's look in the film.

He captioned the post and wrote, "An action-packed 2023!! Bringing #Jawan to you, an explosive entertainer in cinemas 2nd June 2023. In Hindi, Tamil, Telugu, Malayalam and Kannada."

'Jawan' is a film produced by Gauri Khan, presented by Red Chillies Entertainment, starring Shah Rukh Khan is his first pan-India film, which will be released on June 2, 2023, across five languages - Hindi, Tamil, Telugu, Malayalam and Kannada.