Anusha Dandekar's recent photo with her sibling Shibani Dandekar, which she shared on Instagram became a topic of discussion among netizens, right from the duo's fashion sense to Shibani's hand gesture in the frame. 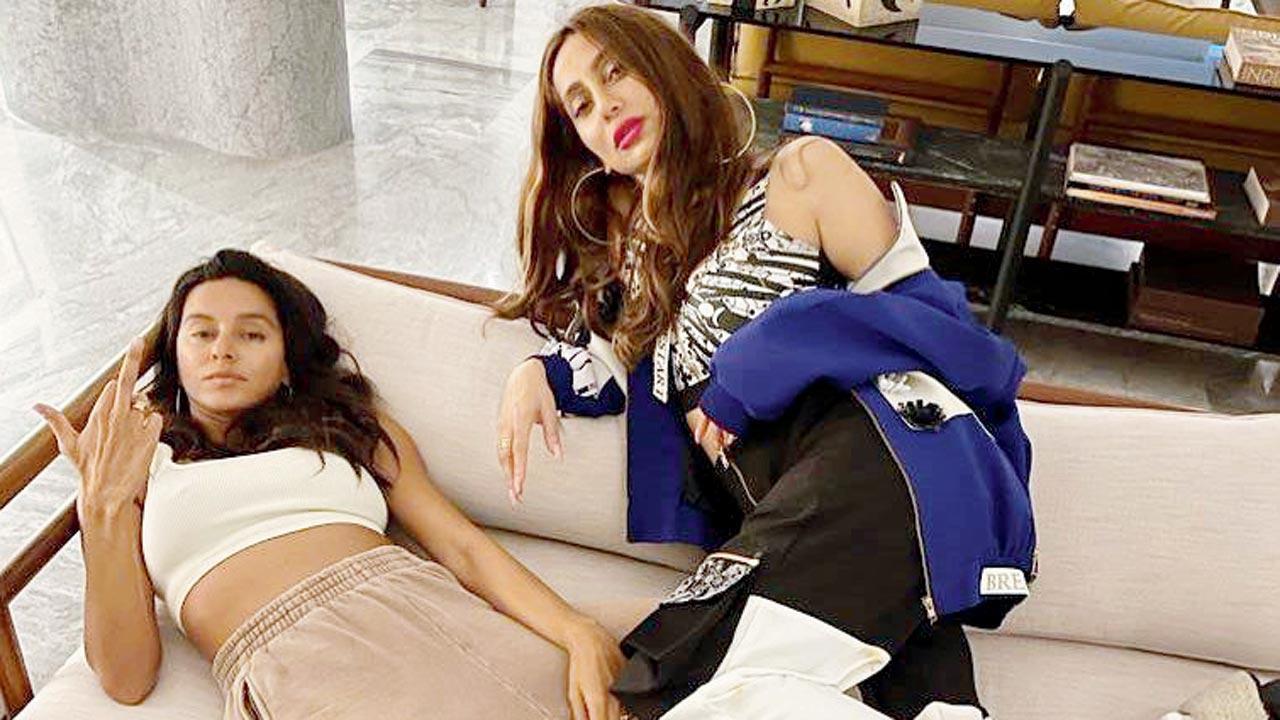 
Anusha Dandekar shared a cool picture with her sister Shibani Dandekar on Sunday, where the duo is seen lounging on a couch. The Dandekar sisters often share their pictures on Instagram and (like most celebrities) get "free advise" from the netizens.

Anusha’s post did not go down well with a section of netizens. They wondered why Shibani had to make obscene hand gestures. A user wrote, "Is this necessary to show always middle finger for looking d*pe..Jst asking 🤔" Another fan was not happy with their fashion sense. He commented about Shibani’s footwear. “I think these sneakers don’t do these girls justice. Just saying.”

Anusha replied to the fan and wrote, “@neelreddy oh really? Well what would your fashion advice be Neel? Hehee dying to know.” Her sister too dropped laughing and heart emojis on the picture and called it a ‘vibe’.

Farhan Akhtar’s girlfriend was certainly not looking for fashion advice. Perhaps that’s why the pose too.

Well, of course there were many who showered the sisters with compliments too. “Guys that picture was really good. It is true that we get good pictures with our sisters,” one wrote, while many dropped hearts and called them ‘sister goals’. “Just Beautiful,” another one wrote.