She captioned the post, "Boooooooooo. Triple trouble on the way! Get ready for a spooktacular - laughter riot with RSVP's homegrown production, #Kakuda! Shoot begins today and the smiles on our faces says it all." 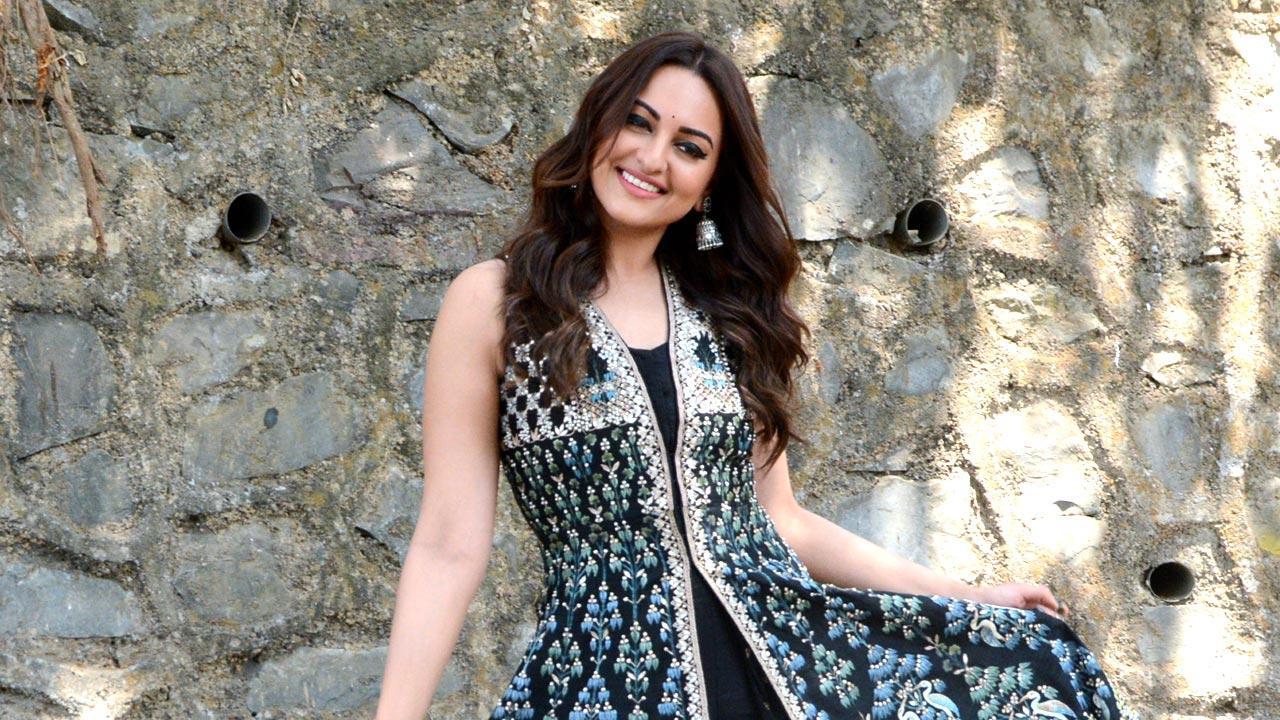 
Actor Sonakshi Sinha, on Wednesday, shared glimpses of his Eid celebration that she celebrated on the shoot sets of her upcoming film 'Kakuda'. Sonakshi shared an Instagram story from vanity van in which she could be seen celebrating Eid by feasting on the delicious festive dishes with the cast and crew of her upcoming film. According to what she mentioned in her IG story, it was the second day of 'Kakuda' shoot. Bollywood actors Riteish Deshmukh, Sonakshi, and Saqib Saleem-starrer 'Kakuda' went on floors on 20 July, Tuesday.

Sonakshi took to her Instagram account to share the news on Tuesday, along with posting a picture featuring her along with her co-stars and director of the movie. She captioned the post, "Boooooooooo. Triple trouble on the way! Get ready for a spooktacular - laughter riot with RSVP's homegrown production, #Kakuda! Shoot begins today and the smiles on our faces says it all."

Produced by RSVP Movies, 'Kakuda' marks the Hindi directorial debut of filmmaker Aditya Sarpotdar, the man behind critically acclaimed Marathi films like - 'Classmates', 'Mauli' and 'Faster Fene'. The film has been written by the talented duo Avinash Dwivedi and Chirag Garg and was developed from a nascent stage by Salona Bains Joshi, the Associate Producer of the film.

'Kakuda', with equal doses of comedy and spook, explores the legend of a strange curse in a village stuck in time. The eclectic trio is confronted with a challenging ghost who makes them question superstition, tradition, and even love in a rollercoaster ride filled with fear and fun. The direct to digital horror-comedy will be shot in various parts of Gujarat and is slated to release in early 2022.

Also read: Sonakshi, her brothers launch art based platform on their parents' anniversary