In the photo, SRK is seen posing alongside the two chefs from the Italian restaurant 'II Borro'. As far as the actor's appearance is concerned, he kept it casual in a plain white T-shirt layered under a cool black jacket 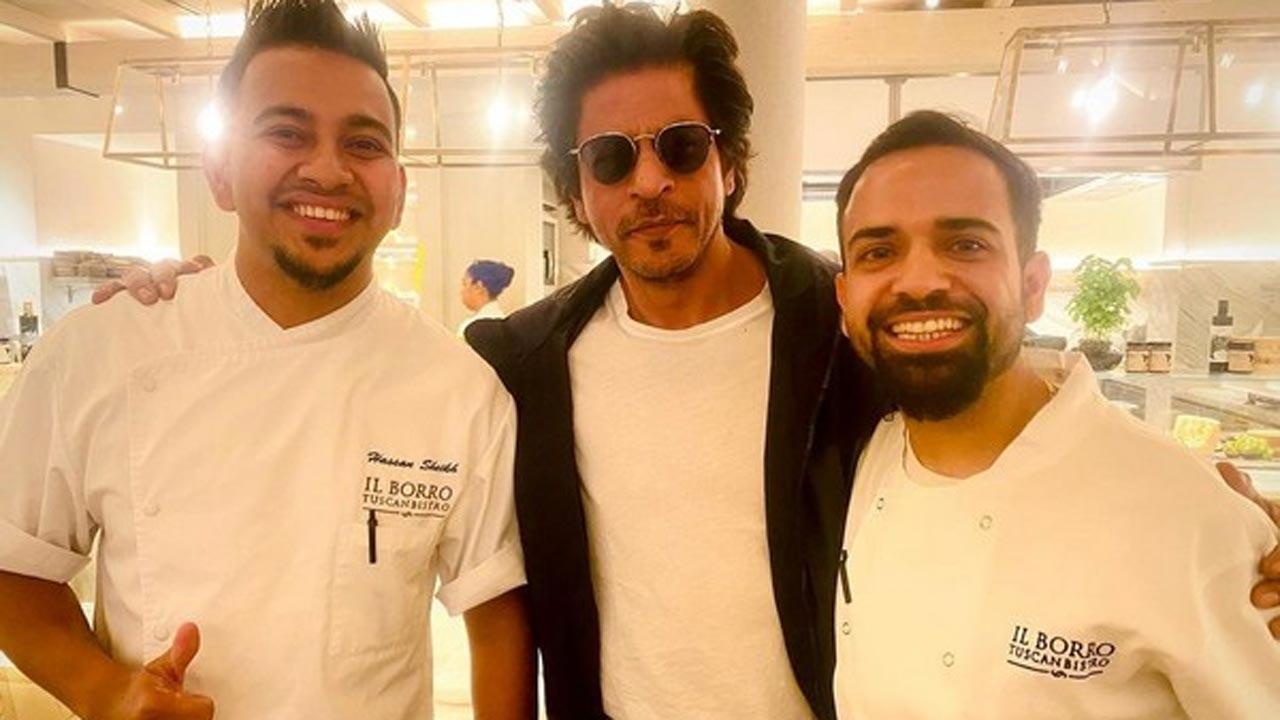 
Shah Rukh Khan's new look from the upcoming film 'Dunki' recently went viral on Instagram, leaving fans waiting with bated breaths for the film to come out. SRK is currently in London shooting for the Rajkumar Hirani directorial.

SRK is known to keep his personal life away from the limelight of paparazzi and is a rare sighting for them. His visits to social media are also very sporadic and hence his fans keep waiting to get a glimpse of him. On Tuesday, a renowned chef of a famous Italian restaurant posted a photo of the actor and fans can't stop raving about his new look.

In the photo, SRK is seen posing alongside the two chefs from the Italian restaurant 'II Borro'. As far as the actor's appearance is concerned, he kept it casual in a plain white T-shirt layered under a cool black jacket.

On Monday, a picture of the 'Raees' actor filming for 'Dunki' surfaced on Twitter. It showed him in a casual messy look. In the image, which was shared by fan accounts, Shah Rukh was seen dressed in a simple checked shirt and black pants, with a 'kada' on his wrist.

Media outlets had reported last week that Shah Rukh along with his co-star Taapsee Pannu and Hirani will be flying to London and Europe for a shooting schedule.

A JIO Studios, Red Chillies Entertainment and Rajkumar Hirani Films presentation, 'Dunki' is penned by Abhijaat Joshi, Kanika Dhillon and Hirani. The film went on floors this April, with the next schedule being shot extensively in Punjab.

Next Story : Kareena Kapoor Khan on pregnancy rumours: Saif says he has already contributed way too much to the population of our country