As he makes his long-overdue debut as composer for 36 Farmhouse, Subhash Ghai turns to friend Sonu Nigam for the song Mohabbat. In this chat, the duo walks down memory lane 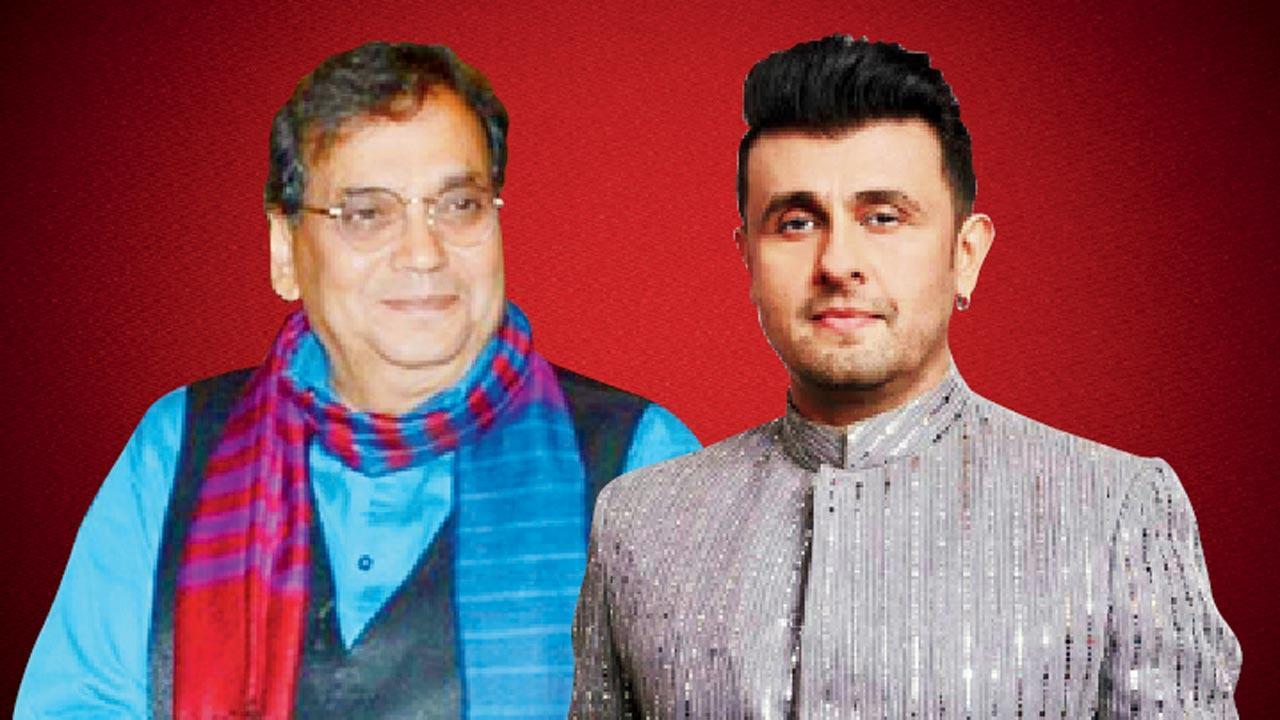 Ghai: I would listen to composers. Hearing a song is one thing, but understanding the art of singing is crucial. I learnt from Kalyanji Anandji, Laxmikant-Pyarelal, and AR Rahman. I noticed how they compose and make [music] better. When I write a film, I script its music too. So, when I discuss it with the composers, they understand the director’s vision. An integral part of the score is always scripted. It is not like picking up any song and adding it anywhere. Just like you need a good actor for the role, you need a performer who can sing the track correctly. I have experimented a lot. For instance, for the track Nahin samne (Taal) we [appointed] eight artistes. Sukhi (Sukhwinder Singh) had already sung Ramta jogi, so we needed another voice. But we struggled with the right voice for the rendition of the word ‘priyasi’. Finally, we locked Hariharan, but had Sukhi render the word ‘priyasi’. Having specialists who know how to deliver, is important.

mid-day: Mr Ghai, give us a sense of the discussions you have with your composers.
Nigam: I will answer this. I remember singing the song Cham cham (Yaadein). It had been created by Anu Malik, and while rendering it, we felt something was missing. Subhashji told me to extend the section of the words ‘cham cham’, like we eventually did. I am sure the song wouldn’t have been successful without that. Even though I haven’t worked with him on those songs, I am sure elements like Ilu ilu (Saudagar), and Kuk kuk kuk (from Choli ke peeche, Khal Nayak), were his additions. He has a grip on these elements which will strike a chord.

mid-day: What must the current crop understand as far as making an evergreen score is concerned?
Nigam: That there needs to be one captain of the ship. In this corporate culture, we have many people willing to give opinions — I don’t think this will work, I don’t like this voice, etc. But you need to back your claim with knowledge. In the past, directors like Ghai sa’ab took the responsibility of making a film. Whether or not it is well made is a different matter. But once he has taken that responsibility, the opinions of his wife, kids, driver or anyone else, won’t matter. The casting, singing, acting will be done as per his sensibilities. In Saudagar, he got Dilip Kumar and Raaj Kumar together. Mazak hai kya in dono se acting karana. He made them do in their senior years what [no one] could when they were young. But he had the faith that he would make this film that would become memorable, and whose dialogues will be narrated for years.

Nowadays, decision-making is not backed by an understanding of the craft. You may have a degree in mass communication, but where is your knowledge of art? The music of Taal is legendary. While Rahman has created fantastic pieces of work, this one holds a special place. Ghai sa’ab had the knack of getting what he desired from Rahman for Taal.

Ghai: I back everything that he has said. Do you think artistes like Raj Kapoor sa’ab, and Manoj Kumar would have been able to do what they did if they were associated with corporates? The business of art needs to focus on art, right? If you try to control that soul, beautiful pieces won’t be made. With 36 Farmhouse, Zee Studios gave me the freedom to do as I pleased. I am responsible for this, however it turns out. Take the example of Dangal. The film [shone] because it was the work of one man’s vision.

Nigam: Yesterday, I was recording a track of Laal Singh Chaddha. Aamir [Khan] was there. Though he says he can’t sing, he has an understanding of music. He’d keep asking me to sing different sections differently. I didn’t mind doing it again and again, because the man knows his job. He understands the essence of his film, and only he could ensure that the way I sing matches the pulse of the film. A film should have its director’s personality. 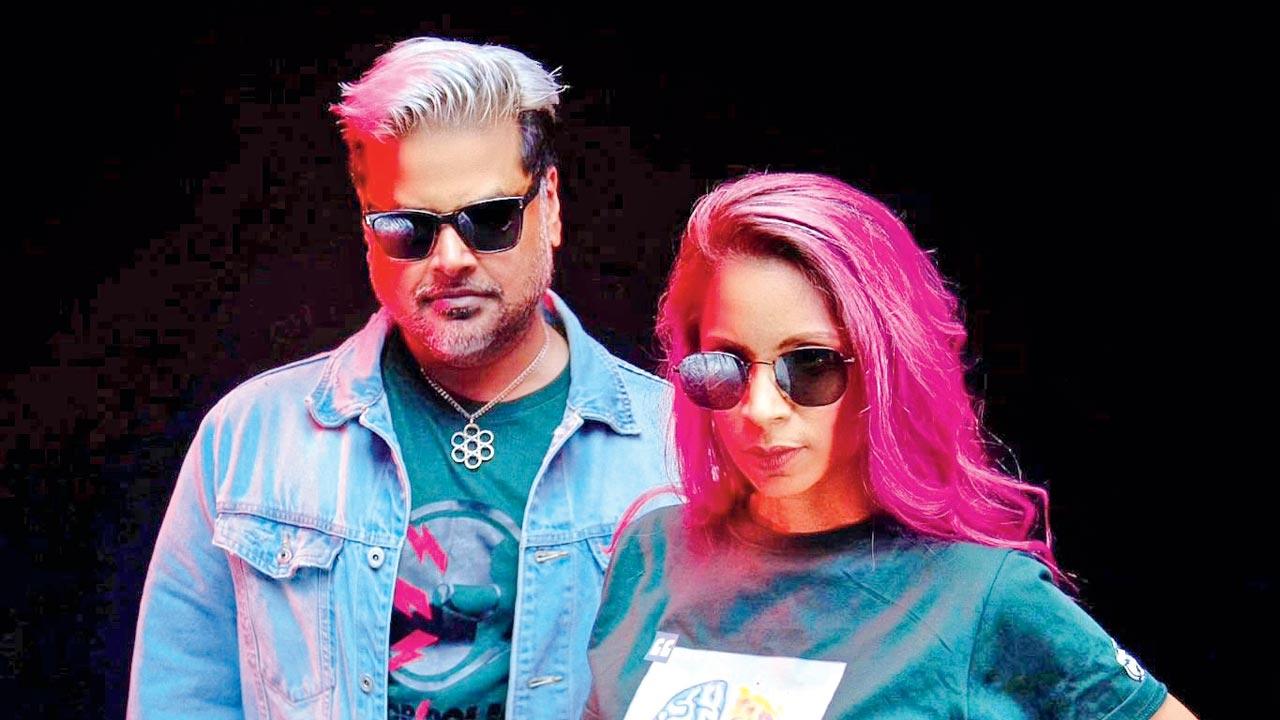 Having rendered the soul-stirring Jallianwala for the album Bhoomi, composer duo Clinton Cerejo and Bianca Gomes paid homage to those who lost their lives in the brutal historical event. Cerejo, on behalf of the duo Shor Police, says, “Since Bhoomi is a fusion project, as composers, we wanted it to reflect the pop vibe of Shor Police and be true to [co-singer] Harshdeep Kaur’s folk roots. That is what we paid attention to while composing this song. We penned the English verses. The Punjabi ones were written by IP Singh. His descriptive lyrics brought the pain to life, and reflected how fresh the emotions associated with that fateful day are, even today. The memory still makes us sick to our stomach. That raw emotion was evident while we were performing the song for the video. Harshdeep delivered the hard-hitting lyrics with impact. Every word was honest and, straight from the heart.”

On Top Of My Playlist: Raj Pandit

Leave the door open:
The song by Bruno Mars is reminiscent of the classic RnB / soul sound, but, at the
same time, it feels new and is refreshing.

Positions:
Ariana Grandé’s vocals shine through in the edgy production. I love how groovy this number is.

Haq ali:
It has a magical healing quality that I can’t get enough of.

Levitating:
It’s the perfect mood-booster! The groove, the bass line and the euphoria attached with it are incredible. It’s the kind of music I aspire to make.

Next Story : Have you heard? Malaika Arora and Arjun Kapoor spotted at Worli restaurant