Rhea Chakraborty, Sushant Singh Rajputs girlfriend, broke her silence on Friday, July 31, and said that she has faith in God and the judiciary. 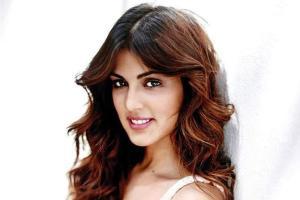 
Rhea Chakraborty has broken her silence and said that she has faith in God and the judiciary days after the late Sushant Singh Rajput's father KK Singh filed an FIR against her.

In a video, which has since gone viral on social media, the actress says, "I have immense faith in god and the judiciary. I believe that I will get justice. Even though a lot of horrible things are being said about me on the electronic media, I refrain from commenting on the advice of my lawyers as the matter is sub judice."

"Satyameva Jayate, the truth shall prevail," she added. Take a look at the video:

#RheaChakraborty issues a statement on the advise of her lawyers. She says she won't comment on the case since the matter is sub-judice and that she has immense faith in the judiciary. #SushantSinghRajputDeathCase

Last week, Sushant's father KK Singh filed a case against actress Rhea Chakraborty and six others, including her family members back in his hometown in Patna, Bihar. According to the report, the case has been filed under various sections, including abetment of suicide.

Sushant Singh Rajput was found dead on June 14 in his sixth-floor apartment in Bandra (West). SSR's colleagues and friends from the film and television industry expressed their shock and sorrow over his death on social media.

Next Story : Sonu Sood shares a picture on his physical transformation from 1997