The film is titled 'Bawaal' too and stars Janhvi Kapoor opposite the actor. Dressed in a blue shirt and grey trousers, Varun is all beefed up for his role 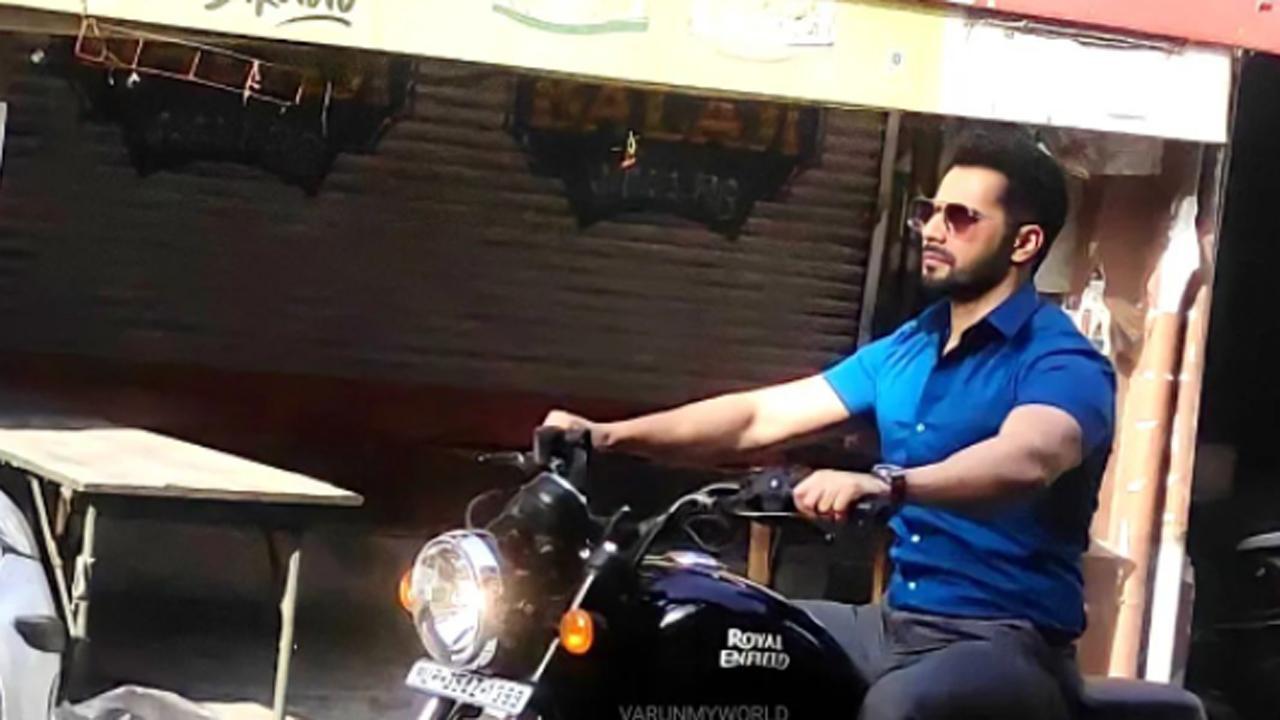 
Monday turned out to be a special day for actor Varun Dhawan's fans as his first look from the upcoming movie 'Bawaal' surfaced online. In one of the viral images, Varun is seen riding a Royal Enfield Bullet in Lucknow.

Dressed in a blue shirt and grey trousers, Varun is all beefed up for his role. He elevated his look by sporting a beard. Fans went gaga after seeing Varun's latest pictures. "Oh My God! Varun looks so dapper," a fan commented.

"He's so smart," another one commented. Helmed by Nitesh Tiwari, 'Bawaal' also features Janhvi Kapoor. The film is currently being shot in Uttar Pradesh. Later, the project will be shot in five European places, including Paris.