Why did Alia Bhatt invite Shah Rukh Khan for a manicure session? 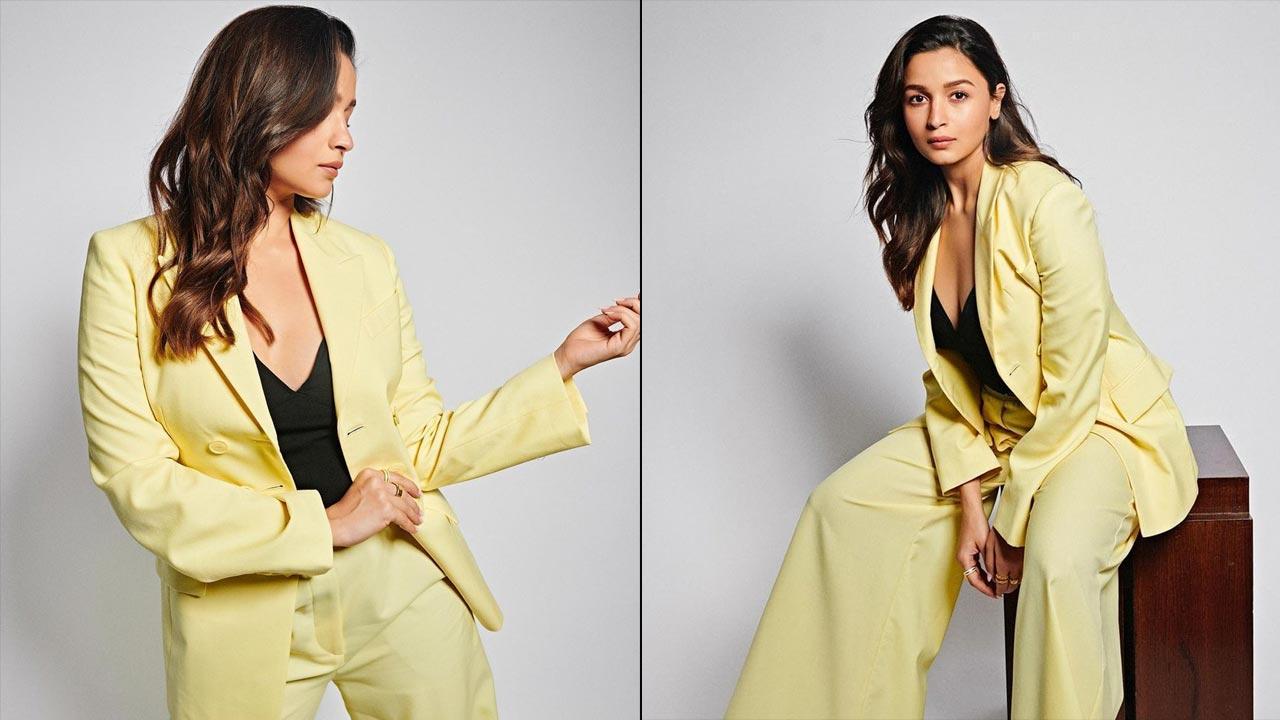 
Shah Rukh Khan and Alia Bhatt brought smiles to their fans' faces with their warm Twitter exchange recently. On Monday, Alia, who co-produced 'Darlings' with Shah Rukh Khan's Red Chillies Entertainment, unveiled the film's trailer and wrote about how 'excited, nervous, thrilled, emotional' she was as the project marks her debut as a producer. "My first film as a producer!!! So excited nervous thrilled emotional to share it with you!!!! DARLINGS TRAILER OUT NOW," she had tweeted.

Shah Rukh noticed Alia's tweet and responded to her post, saying he is also anxious and "will be biting" his nails till the film releases. "Lil one I am also so anxious that u shared the responsibility of Eternal Sunshine Productions' first film with me...that I will be biting my nails till it releases. But I feel we have a lovely film and u r the soul and sunshine of all things Darlings," he tweeted.

Lil one I am also so anxious that u shared the responsibility of Eternal Sunshine Productions first film with me…that I will be biting my nails till it releases. But I feel we have a lovely film and u r the soul and sunshine of all things Darlings. https://t.co/bYB9EC0nR6

Alia also replied to SRK's sweet note that he penned for her on social media. Apart from praising SRK, Alia also said that she and Shah Rukh Khan can both get a manicure and pedicure after the release of the film. "And you are my eternal favourite actor/person/producer ever! Thank you for doing this with me ... and post the release we can both get a manicure and pedicure since all the nails will be bitten haha! Love you the most," Alia replied.

Fans enjoyed the Twitter exchange between Alia and SRK. "Awww...so cute," a social media user commented. "They are adorable," another one wrote. For the unversed, Alia and Shah Rukh have starred together in 'Dear Zindagi', which was released in 2016. Shah Rukh played the role of a psychiatrist called Dr. Jehangir Khan. While treating Alia Bhatt in the film, Shah Rukh's character gave important life lessons to the audience with his powerful dialogues. The film emerged as a hit at the box office.

Now it's to see how people react to SRK and Alia's co-production 'Darlings', which will be out on Netflix on August 5.

Next Story : Sonakshi Sinha to play the lead in her brother Kussh S Sinha’s directorial debut ‘Nikita Roy and The Book of Darkness’