Yami Gautam on 'Bhoot Police': We were shooting under tough weather conditions

The film 'Bhoot Police' is a horror-comedy that is directed by Pavan Kirpalani, produced by Ramesh Taurani, Akshai Puri and it also stars Saif Ali Khan, Arjun Kapoor, Jacqueline Fernandez and Jaaved Jaafery 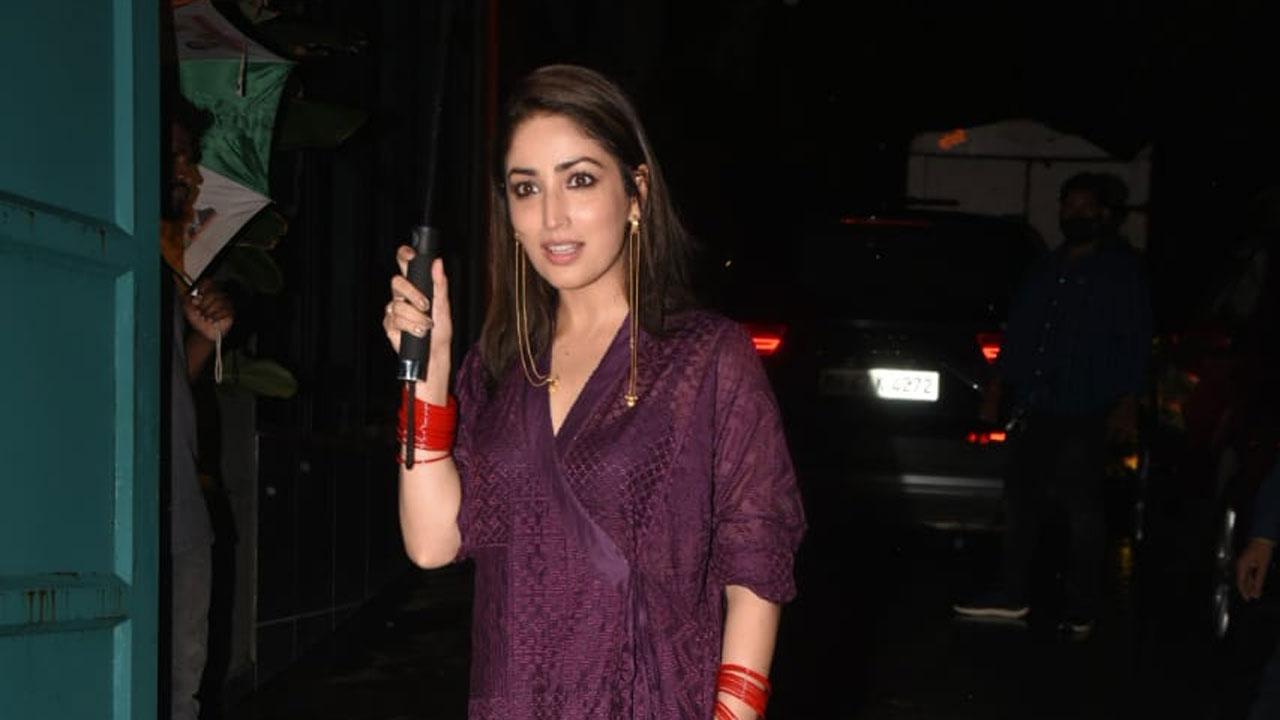 
Actress Yami Gautam got a chance to extensively explore her home state of Himachal Pradesh during the shooting of her latest film 'Bhoot Police'.

Yami told IANS: "We were shooting under tough weather conditions because the cold was bitter. There were a lot of outdoor sequences and keeping the light and weather in mind, we had to pack a lot within a day, every day. But I was ready to battle all that because whenever I am in Himachal, I feel a sense of belonging...when I see the sunrise, those snowcapped mountains and realise the fact that I am born in Himachal...this is my birthplace, it really gives me goosebumps!

"It feels so spiritual for me that I feel if there is God, He exists there...in the silence, in the mountain, the snow and I feel that I get the best hug from Mother Nature. You know every day, after finishing our shoot, when I would looked outside the window from my car, even though I was exhausted and even though I know I had very few hours of sleep...when I would looked at those mountains all through my drive from the film set to our hotel, I felt recharged."

The film 'Bhoot Police' is a horror-comedy that is directed by Pavan Kirpalani, produced by Ramesh Taurani, Akshai Puri and it also stars Saif Ali Khan, Arjun Kapoor, Jacqueline Fernandez and Jaaved Jaafery.

The film was shot last year when the 'Unlock' process started and following the Covid protocols, the cast and crew had to live in a bio-bubble. Due to the same reason, Yami had a working birthday as well as Diwali.

However, she said instead of regretting not visiting her family during Diwali, she took a chance to celebrate with the team of 'Bhoot Police'.

"I arranged for traditional 'Pahari' food, our 'Pahari Dham', that we eat during Diwali and it was like my chance to share the joy and our 'Pahari' culture to all my co-stars and crew members. I must say, Saif is a foodie and he enjoyed all our traditional food the most. We celebrated Diwali in a 'Pahari' way. On my birthday, which was a working birthday, Jacqueline took the effort of giving me a surprise party and brought some beautiful gifts from the local shop...I found that a very warm gesture," shared Yami.

The 'Vicky Donor' actress further added, "I was born in Himachal, brought up in Chandigarh. But I always visited Himachal because my relatives live there. This time, during the entire shooting of our film, somewhere my connection with Himachal has got re-established and I feel proud to be a Himachali, a 'Pahari'! I am not exaggerating when I am saying, I belong to the mountains."

Next Story : Yami Gautam: I am my own godfather