Avengers: Endgame incorporates beloved elements from earlier outings while adding texture and complexity to the inter-galactic drama envisioned as homage to the never-say-die superhero spirit. 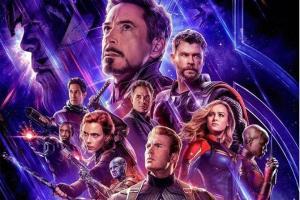 Avengers: Endgame, undoubtedly the most anticipated film of recent year's, lives up to most expectations. This film is a befitting finale for the decades-old, 21 films, Marvel Cinematic Universe that heralded the likes of Iron Man, Captain America, Thor, Hulk, Black Widow and Hawkeye. Together they formed the original Avengers team while the newer allies and villains added more power to subsequent outings. This may not be a non-stop action spectacle. Instead, what we get is a well- proportioned, engagingly structured narrative that spreads out its content and thrills in momentous expansiveness, End game basically posits a finale worthy of the superhero characters it promotes. Marvel's time-travelling sci-fi adventure saga throws up a few surprises too along the way.

The story is rather basic - After the devastating events of Avengers: Infinity War (2018), which ended with Thanos getting all of the six Infinity Stones and then using them to wipe out half of existence, including beloved heroes like Black Panther, Star-Lord, and Spider-Man. The surviving heroes go through a period of self-recrimination, hopelessness, heartache and self-doubt before they take the necessary steps to reverse Thanos' actions, they're fatalism keeps us grounded.

The script by Christopher Markus, Stephen McFeely among others, is surprisingly inventive, fraught with emotion and funny. The performances live up to the iconoclastic expectations of the fans while the CGI and effects lend whole new meaning and dimension to quantum physics and chaos theory. The film is a sort of nirvana for the thousands of people who sweated night and day to make such a unique and unprecedented experience come good. Endgame has a much slower, deliberate pace allowing for deeper character development and strong motivations while developing intensity and attachment all the way through. A major portion of the action happens only towards the last half hour of a nearly 3-hour runtime – yet, doesn't feel bloated or unnecessarily expanded.

This film incorporates beloved elements from earlier outings and recalls character beats, origins, and sub-plots while adding texture and complexity to the inter-galactic drama envisioned as homage to the never-say-die superhero spirit. Alan Silvestri's amazing background score elevates the intensity and involvement. The helming by the Russo brothers is also quite remarkable – creating a well-sprung of entreaty that is truly an event!

Also Read: Critics review Avengers: Endgame, say it's 'everything you want it to be and more'

Next Story : Will Avengers: Endgame open at Rs 50 crore in India?