This is the kind of film that could put you off your food for years but then fans of horror thrillers might just go the opposite way and gorge their ways to satisfaction. It’s original no doubt, has the makings of technically top grade cinema but it’s also in terribly bad taste 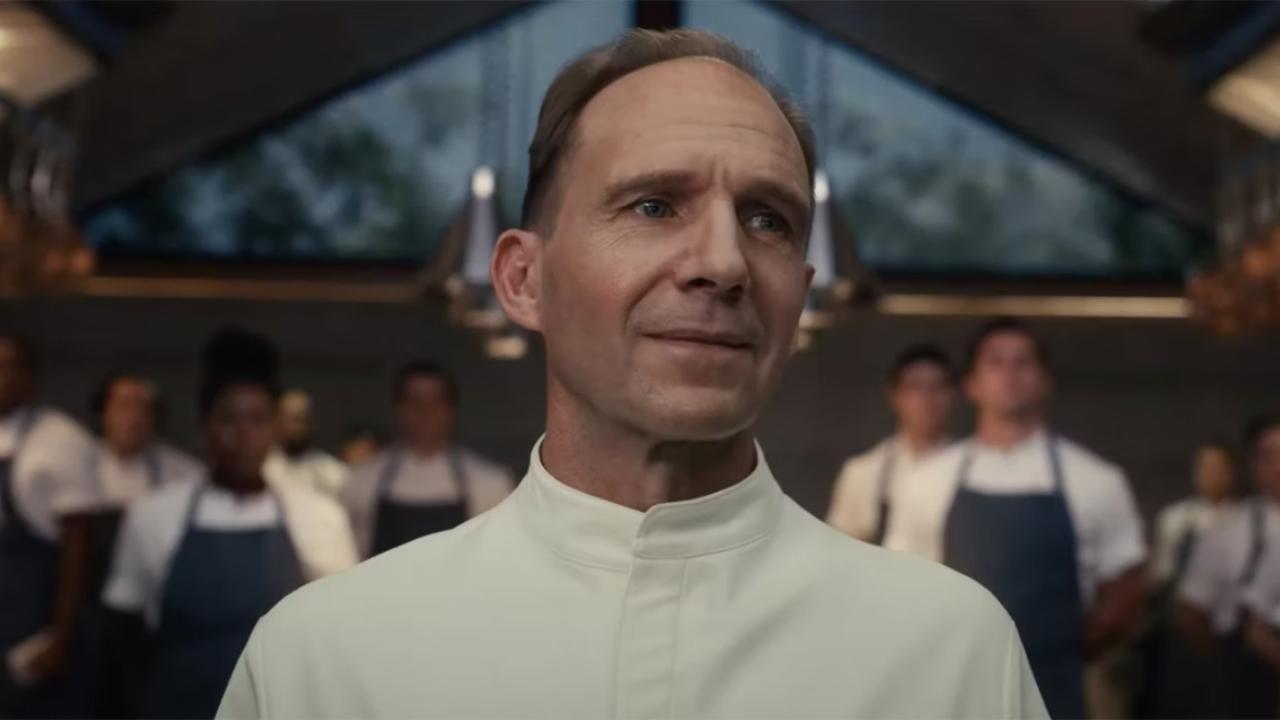 Still from The Menu

If you are looking for one-of-a-kind gourmet food presented in the form of exquisite culinary art, worth dying for, it’s on ‘The Menu’ here. This film starts off as a satire – a sort of black comedy before it veers off into thriller-horror mode. Mark Mylod’s film is an attention grabber but it may not be to everyone’s taste and may not have the right ingredients to satisfy deep-seated hunger for an orgasmic gourmet experience – unless you are a fan of the horror genre. So unless you have a fortified iron-clad stomach and wouldn’t mind accessorizing your food with macabre fetishes involving human blood and gore, you are most likely to be vomiting beside the aisle. That’s how impactful this film could be to your senses.

A rich foodie Tyler (Nicholas Hoult) takes his new girlfriend Margot (Anya-Taylor Joy) on an invitation-only trip to a world-famous, secluded island restaurant named Hawthorne - ultra-exclusive and pricey. Besides the couple, there are 10 other guests taking the exclusive ride.

The island looks pretty foreboding with dead trees killed by saltwater on the eroding beach. But who can stop the Richie- rich and the entitled from becoming prize bait for a unique experience?

The restaurant itself is modern but minimalist in design, the culinary staff are trained to be disciplined and made to follow Julian Slowik (Ralph Fiennes) the restaurant’s renowned chef’s every command. It’s a kind of cult experience which the rich are only too willing to pay top-dollar for. The number of guests invited for this ‘Last Supper’ includes a bitter food critic (Janet McTeer), her companion (Paul Adelstein) a fading actor (John Leguizamo), regular Anne (Judith Light) with her husband and, financial stooge Soren (Arturo Castro) among others. The guests, following a tour of the facilities, are greeted and commandeered by the mysterious manager Elsa (Hong Chau) as she escorts them into the dining room with an open kitchen aesthetic, where they will indulge in a multiple course 4.5-hour meal. Thankfully, this movie is not that long…

The Chef has some shocking surprises in store. Slowik is out for revenge on that morally corrupt elite who have belittled his art because despite paying top-dollar for the food, they can barely recollect what they ate the next day. Margot is the only one unaccounted for. She was a last-minute replacement and she is the one whom the so-assured Chef is troubled by.

This is the kind of film that could put you off your food for years but then fans of horror thrillers might just go the opposite way and gorge their ways to satisfaction. It’s original no doubt, has the makings of technically top grade cinema but it’s also in terribly bad taste. It takes the concept of a ridiculously over-priced, pretentious high-concept restaurant to vicious, violent extremes.

The script by Seth Reiss & Will Tracy is sharp and witty to start with…and then goes wicked and demented. We get to know each of the personalities as the plot makes inroads into their individual tastes and weaknesses. This deliciously macabre endeavor with attention-commanding tone and terror may be darkly humorous but is also thoroughly perverse and disturbing with its cadaverous twists and turns.