Several pictures have surfaced online in which Aamir is seen watching Laal Singh Chaddha with SS Rajamouli, Nagarjuna, and Chiranjeevi. Chiranjeevi's son Naga Chaitanya, who plays a special role in the film, also attended the screening 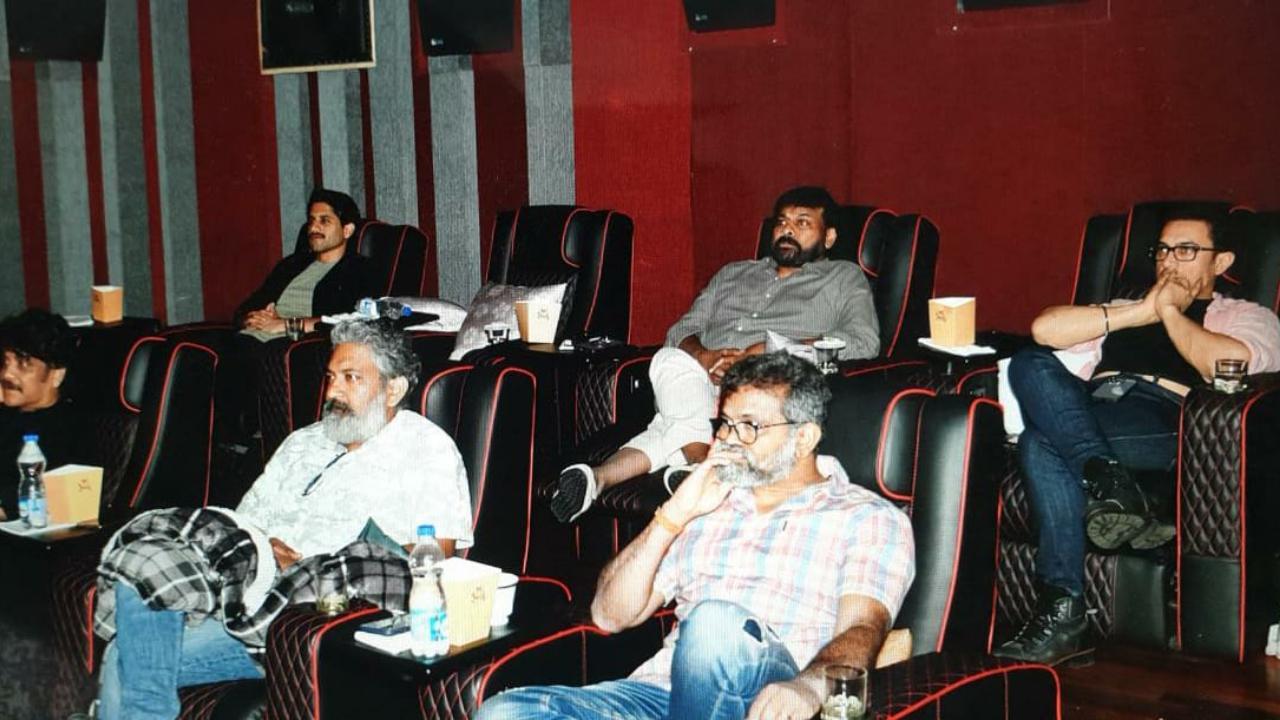 Helmed by Advait Chandan, 'Laal Singh Chaddha' is an official Hindi adaptation of the Academy Award-winning 1994 film Forrest Gump, which had Tom Hanks in the lead role. It is scheduled to release on August 11 this year.

Kareena Kapoor Khan and Mona Singh are also a part of the film. A few weeks ago, Aamir unveiled the film's trailer which took viewers on a joyride of emotions. The almost 3-minute-long trailer gave a glimpse into the fascinating and innocent world of 'Laal Singh Chaddha', the film's protagonist.

His slow-witted approach and childlike optimism are the driving force of the movie. In the trailer, Aamir's calming voiceover and his eyes-wide-open look gave flashbacks to his mannerisms from Rajkumar Hirani's 'PK'.

It showed multiple picturesque locations, exhibiting the Indian heritage in its tranquil form. Aamir's cute chemistry with Kareena is great and Mona Singh also looked seamless in the role of the protagonist's mother.