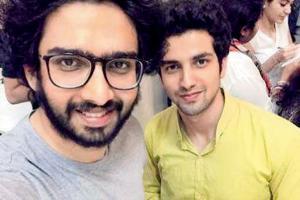 
Music director Amaal Mallik has turned mentor for Indian Idol finalist Ankush Bhardwaj. When he first heard the reality show contestant, he felt he was one of the most promising singers. He found him to be soulful, honest and hardworking. Ankush has assisted Amaal on Badrinath Ki Dulhania, Chef and Golmaal Again last year as well as on Sonu Ke Titu Ki Sweety. Amaal is hoping he bags the title.

Indian Idol 10 has selected its finalists, and the result will be out soon. While Manish Paul helms the show, Neha Kakkar, Anu Mallik, and Vishal Dadlani are the judges of Indian Idol 10.

Amaal Mallik has lent his voice to some famous Bollywood tracks like Sau Asmaano Ko from Baar Baar Dekho, Kar Gayi Chull from Kapoor and Sons, Sab Tera from Baaghi 2, to name a few.