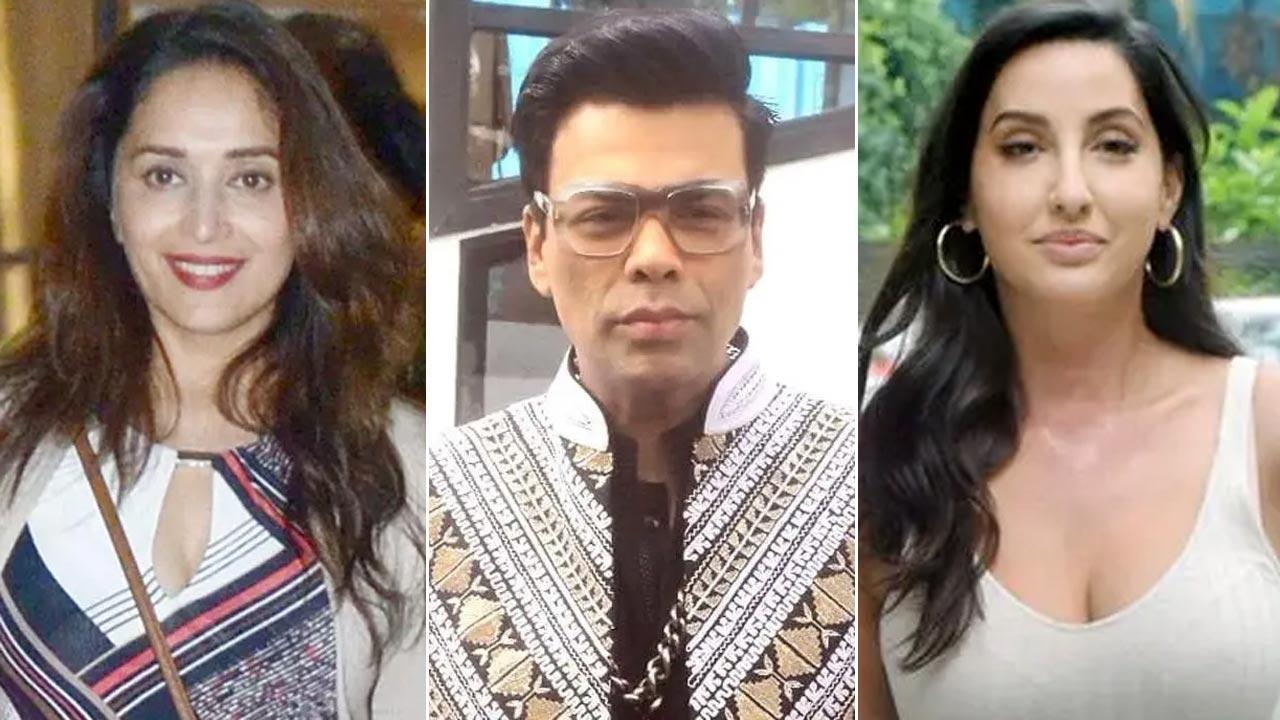 
Popular dance reality show 'Jhalak Dikhhla Jaa' is back after a gap of five years and it will be judged by Madhuri Dixit, Nora Fatehi, and Karan Johar. Excited to be a part of the judging panel, Madhuri said, "Jhalak Dikhhla Jaa is a huge platform for all the celebrities to connect with their fans and showcase their unseen dance avatars. I have witnessed many non-dancers evolve into great dancers on the show and have an incredible transformation journey. Having judged four seasons in the past, this show holds a very special place in my heart, and it feels like a homecoming to me. With Karan Johar and Nora Fatehi joining in, it is going to be a house on fire, and I am eagerly looking forward to it."

Karan, too, expressed his excitement. "Nothing gives me more joy than to be a part of a show that is a one-stop destination for impeccable dance, glamour, and entertainment. 'Jhalak Dikhhla Jaa' has been one of the most beloved dance reality shows of our country. It is my first reality show as a judge and has been a huge part of my television journey. I am excited to return on this show and join Madhuri and Nora on the judges' panel. Brace yourselves, as this upcoming season promises to flood your screens with fabulous performances and endless entertainment," he said.

"Life has come full circle for me as I take on the role of a judge on 'Jhalak Dikhhla Jaa' after being a former contestant. It is every artist's dream to share the screen with the epitome of dance and grace - Madhuri Dixit and it still feels surreal that I will be joining her on the judge's panel along with Karan Johar. I have great respect for Karan Johar, whether it's his filmmaking or his style and therefore it's wonderful to share a platform with him. It is definitely an exciting new chapter that I am incredibly elated about and looking forward to," Nora added.

'Jhalak Dikhhla Jaa 9' premiered on July 30, 2016. The series then was hosted by Manish Paul and judged by Jacqueline Fernandez, Karan Johar, Ganesh Hegde and Farah Khan.

Next Story : Simran Kumar Puri: Working with Disney has been a dream come true