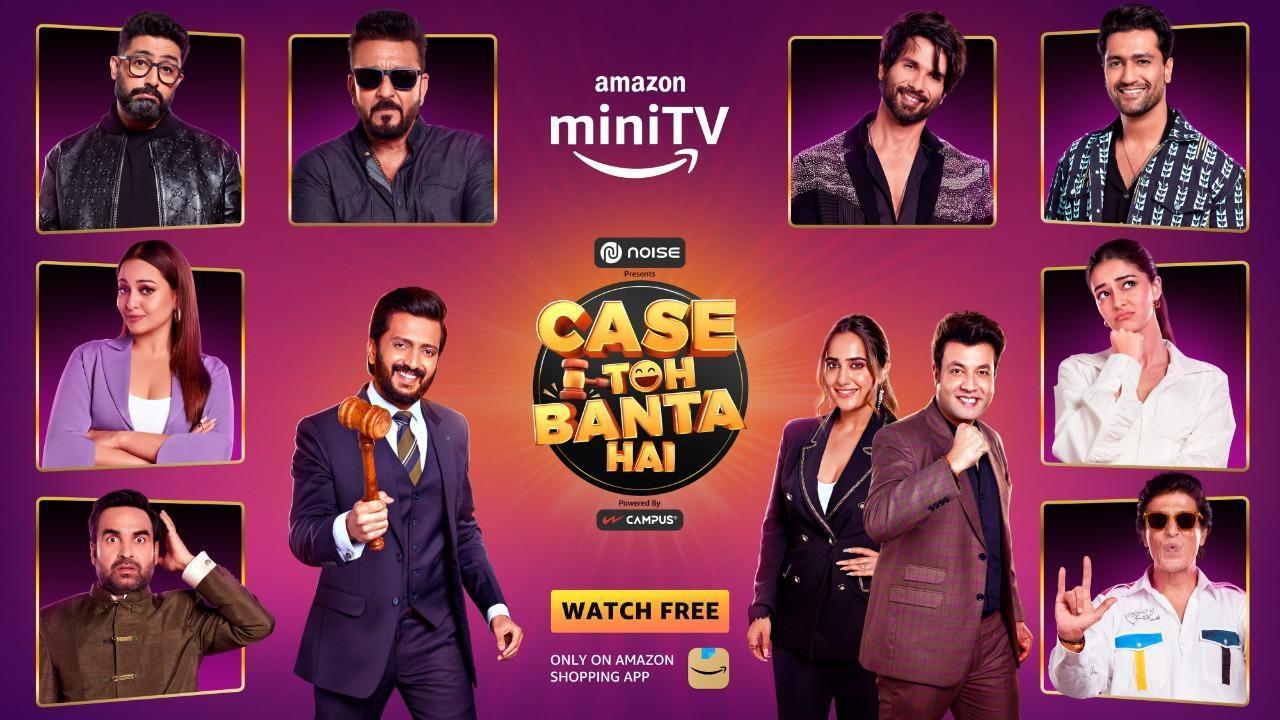 
Amazon miniTV, on Saturday, unveiled the next set of celebrities that are going to be part of their weekly courtroom comedy show 'Case to Banta Hai.' After receiving an overwhelming response to the recent trailer unveil and for the initial episodes starring Varun Dhawan and Anil Kapoor launched recently, the free streaming service has today revealed the names of the next set of celebrities who will grace the show. These include Sanjay Dutt, Vicky Kaushal, Shahid Kapoor, Abhishek Bachchan, Ananya Panday & Chunky Panday, Pankaj Tripathi and Sonakshi Sinha.

'Case Toh Banta Hai' is a combination of various formats including light-hearted roast, talk show and sketches. The show features popular artists Riteish Deshmukh, Varun Sharma and Kusha Kapila and is currently streaming absolutely free on Amazon miniTV. Sharing his experience working on the show, Riteish said, "I have done many projects in the past which fall under the comedy genre, but 'Case Toh Banta Ha will always remain one of the most special projects of my career. The mere idea and concept of this show put the biggest celebrities of our country in a spot, that makes them and us laugh the whole time. It's one dhamakedaar case with a lot of masala."

"My love for atrangi comedy is well known among audiences and the industry. Nothing could have excited me more than getting together with Riteish and Kusha and then having fun with the most popular and admired names in the film fraternity", said Varun Sharma.

"When I was approached for Case Toh Banta Hai, I was like are you sure, 'you want me to be the judge?' I'd never thought they will trust a content creator with a role like that but once I sat in my judge chair and got to hear the hilarious accusations that were levelled on celebrities-like names and be a part of that contagious energy on set, I knew that I was a part of something truly 'hatke'. As much as I tried to be a tough taskmaster, I was the one to laugh the loudest on a joke so this judge appreciates good humour if anything," she shared.

Next Story : Urfi Javed hospitalised as she neglected her health severely