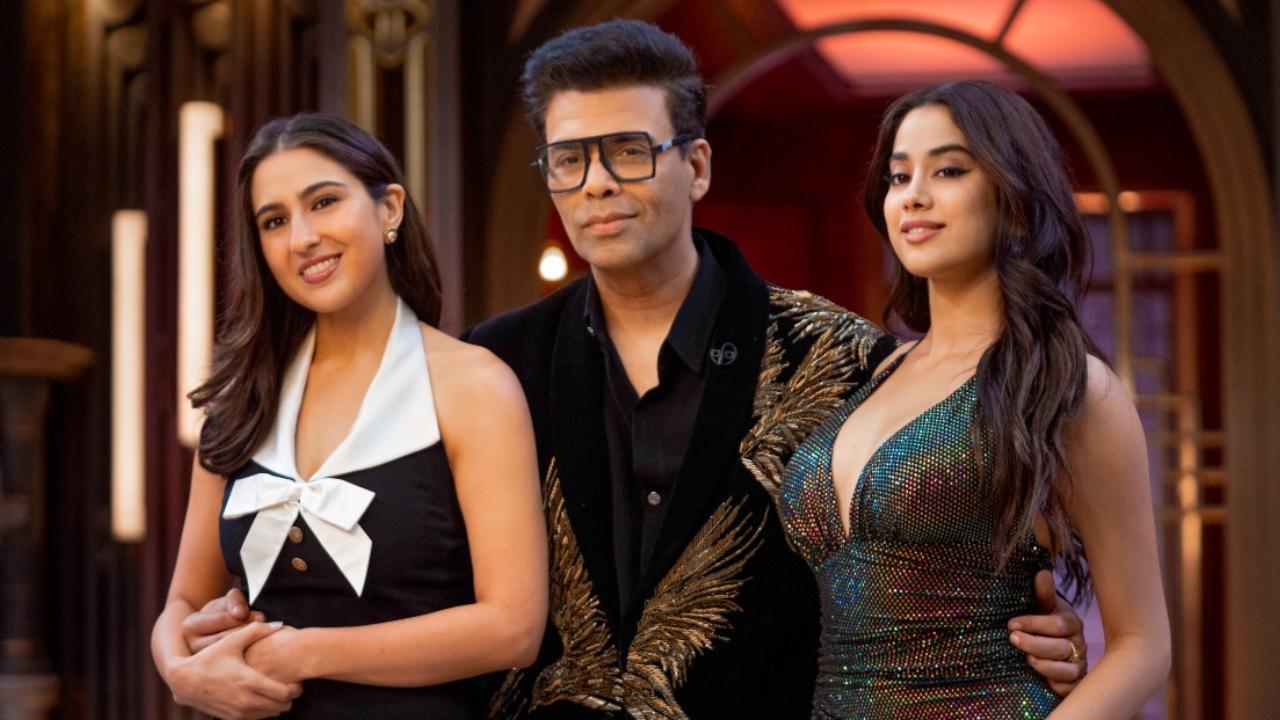 
The much-awaited Koffee With Karan Season 7 is back with stirring cups of steamy confessions, secrets, and manifestations. In the season’s second episode, sizzling Bollywood besties and screen favourites – Janhvi Kapoor and Sara Ali Khan grace the couch with stories about their style, wits, and adventure. As the show’s iconic host Karan Johar prods them about life, work and love; names and incidents get revealed by the dynamic duo. While the duo did do some name-dropping, there were some non-name-dropping revelations, that have left netizens in an intricate game of 'Guess who?'

Sara Ali Khan and Janhvi Kapoor's fans were left curious after watching the latest episode of 'Koffee With Karan 7'. In the episode, host Karan Johar revealed that the two divas once dated two brothers. "I am tracking back to before the pandemic. I don't know the level of your friendship today, but I don't remember there being any. I remember that you both have dated siblings before," Karan said while talking to Sara and Janhvi on the show.

Sara and Janhvi were surprised after Karan revealed details about the actresses' dating life on a national platform. Sara asked Janhvi if she knew Karan was going to do this, and the latter said she didn't. Karan then said, "I mean it was the past. You both dated two brothers. And the commonality between the three of us is that they both used to live in my building."

In no time fans donned the stalker's hat and dug out a few pictures that apparently prove that Sara and Janhvi dated siblings at one point in time. Many of the fans suggested that the brothers Sara and Janhvi dated were Veer Pahariya and Shikhar Pahariya respectively. Veer and Shikhar are the maternal grandsons of Sushil Kumar Shinde, the former Chief Minister of Maharashtra.

"For everyone whose wondering which brother duo janhvi and sara dated, it's these two brothers called veer (sara) and shikhar (janhvi) pahariya, both maternal grandsons of the former chief minister of Maharashtra! THANK ME LATER," a netizen tweeted.

"I did not know about this," another one wrote.

Seems like Sara and Janhvi dated the Pahariya brothers before making their debut in Bollywood. Reportedly, Sara has also dated Kartik Aaryan in the past. The two fell in love with each other during the shooting of 'Love Aaj Kal 2'.

Next Story : 'The Lord Of The Rings: The Rings Of Power' new teaser trailer released