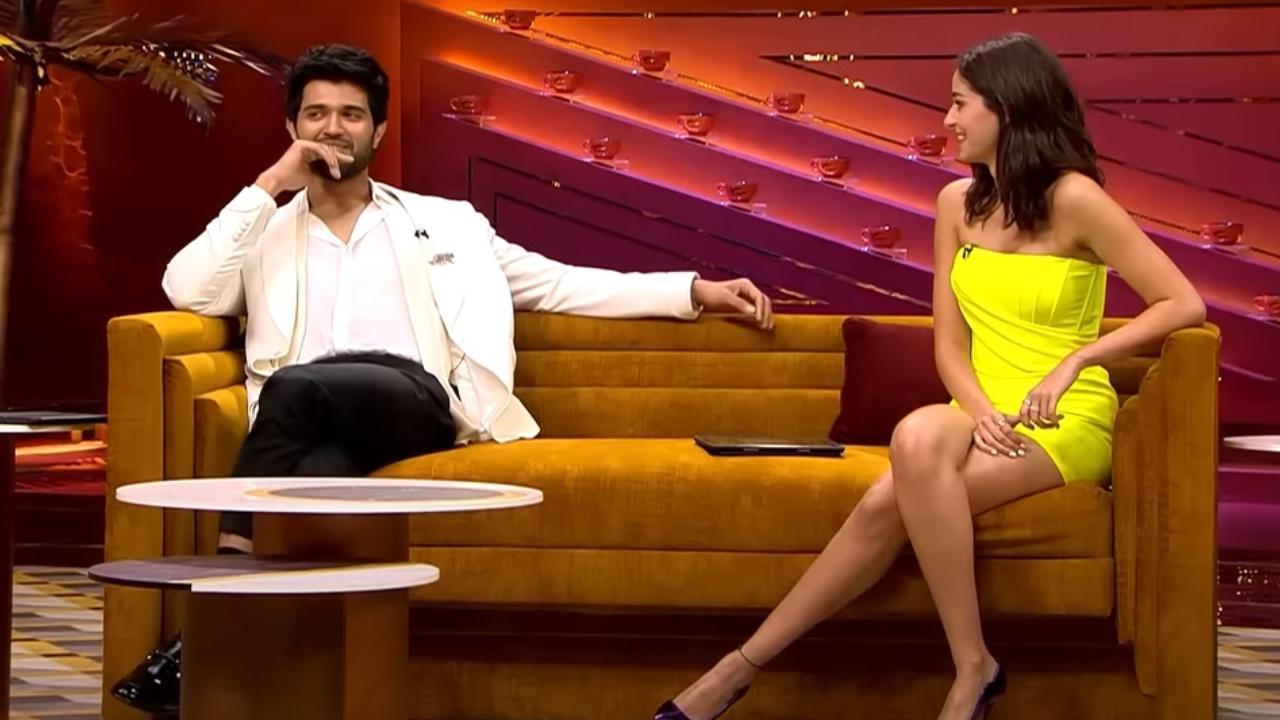 Screengrab from Koffee With Karan 7 promo


It’s a brand-new week of Disney+ Hotstar’s Koffee With Karan Season 7 with the couch gracing two sizzling new guests of Indian entertainment – Vijay Deverakonda and Ananya Pandey. The promotional video of the show’s fourth episode sends hearts fluttering as Vijay Deverakonda’s cool, suave vibe compliments Ananya Pandey’s fun and lively aura. The two actors come together for an exciting episode of laughter and secrets as they discuss being co-stars, new love interests, and facing the challenges of fame.

Also Read: 'Liger' star Vijay Deverakonda reveals what happened before his shot that broke the Internet

The cheese in the room (hint: Sara Ali Khan and Janhvi Kapoor in episode 2) also gets addressed as a skeptical Vijay Deverakonda says, “I am scared about where this is leading.” But worry not, for the superstar does foray into never-before-spoken waters like disclosing his love interests, becoming India’s heartthrob and much, much more.

In this episode, the show’s iconic host, Karan Johar, also stirs the pot of heart matters by asking Ananya Pandey what’s brewing between her and Aditya Roy Kapur. The answer to this rumoured match and many other revelations, conjectures, and manifestations lie in this fun episode.