Sara Ali Khan is seen in a unique avatar, donning the commando uniform, stepping into the shoes of a Veerangana and performing vigorous drills 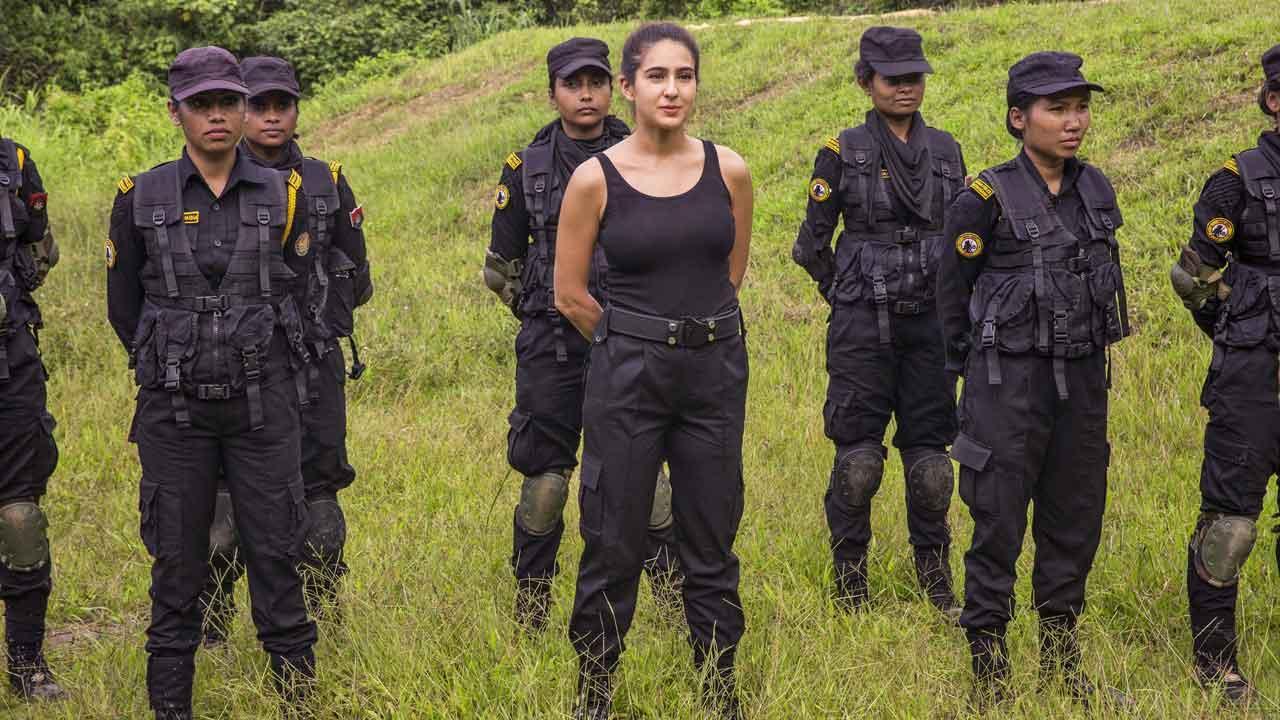 
After the great success of the first chapter of 'Mission Frontline' with Rana Daggubati, discovery+ has launched the most-anticipated episode of 'Mission Frontline' with Sara Ali Khan. The show gives the audiences a glimpse into the lives of the Veerangana Force, an all-women commando unit of India, while shining light upon their inspiring stories of bravery. Sara Ali Khan is seen in a unique avatar, donning the commando uniform, stepping into the shoes of a Veerangana and performing vigorous drills.

This show is a dedication to the Veerangana Force and is bound to evoke a deep sense of appreciation for these unsung heroes. To tackle grave issues against the women of the country, the Assam Police launched a commando unit in 2012 called the Veerangana Force. This special platoon was raised to check violence against women on the streets of Assam. The Veerangana force learns to handle weapons in sensitive situations, maintaining control during domestic violence, and executing hand-to-hand combat. Training with the unit has given these women the strength to move forward and protect other women facing a similar fate.

In the special episode, Sara Ali Khan is seen experiencing the difficult life of a Veerangana to see what these commandos go through as they prepare for duty. Starting with the drill training, the actress is seen learning Krav Maga, an Israeli self-defense form during the practice. Followed by rock climbing, an essential training that prepares soldiers to move through terrains. She is also seen getting familiar with weapons for tactical firing. The last part of the training involves the simulation mission of saving girls being held hostage in a human trafficking racket.

Talking about her experience, Sara Ali Khan said, “As an actor, I have always believed in reinventing myself and try to take up diverse roles and different kinds of physical activity. Training with this unit is one of the toughest challenges I have taken up until now. The kind of vigorous drills they go through daily is truly commendable and watching them do it so effortlessly left me startled. I am not a hero, but I did have the honour and privilege of training with a few because they are indeed the true heroes of our country. I salute the women's force. Jai Hind!”

Talking about having Sara train with the force, Bhaskar Jyoti Mahanta IPS, Director General of Police, Assam,  said, “The Veeranganas lead a tough life and undergo vigorous drills on a daily basis. It was great to watch Sara Ali Khan stepping into the shoes of a Veerangana warrior by training with the unit and pushing herself to accomplish the strenuous tasks.”

Next Story : Karan Johar says if he were a 'Bigg Boss OTT' contestant he'd always be overdressed