Craving for biryani? These Mumbai restaurants will make you drool 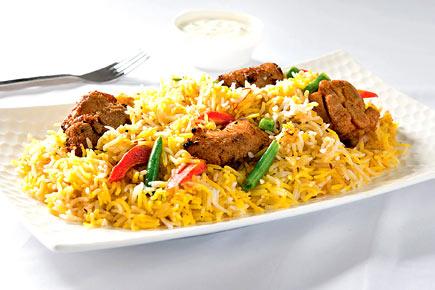 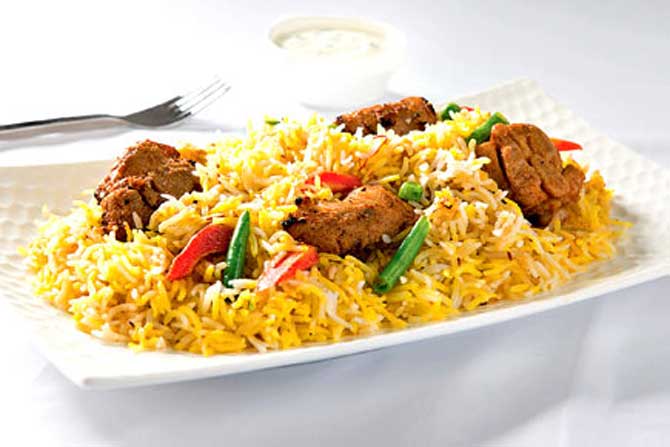 Although Mumbai specializes in Maharashtrian cuisine along with Konkani flavours, yet the city shares an intrinsic bond with Hyderabadi and Lucknowi delicacies. Biryani forms an intrinsic part of north Indian food and Mumbai simply did justice in bringing the flavour of north to the heart of west. Here is a list of 10 Mumbai restaurants that serve lip-smacking biryani that are worth giving a shot. Take a look at the names:

1. Lucky Restaurant: One of the oldest restaurants in Mumbai, Lucky Biryani became a popular name across households with time. Started way back in 1938 by Sayed Ali Akbarul Huseini, Lucky’s delectable biryani provides a deeper insight into Mughal cuisine. The freshness, the taste, the aroma, the portion and definitely the variety make Lucky’s one of the most sought after biryani joints in Mumbai.
Where: Bandra, Oshiwara
What to order: Boneless Mutton Biryani, Tandoori Chicken Biryani, Fish Tikka Biryani 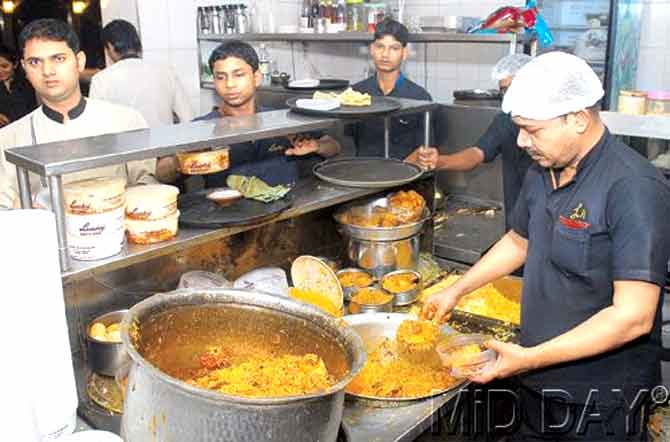 2. Papa Pancho Da Dhaba: This small eatery serves awesome biryani in town. The restaurant serves Punjabi style biryani fresh from the oven and is a must have if you are a non-vegetarian. Papa Pancho Da Dhaba’s Chicken Biryani is an all time favourite amongst rice lovers. However, do not skip their Mutton Biryani, because it is equally delicious. Its dhaba-style decor harmonises well with the taste of food. So, get a feel of Punjab’s Dhaba in Mumbai’s Bandra.
Where: Bandra East, Pali Hill (Bandra West)
What to order: Chicken Biryani, Mutton Biryani

3. Urban Tadka: This restaurant's biryani is also close to what you can call authentic Punjabi biryani. Though this celebrated rice delicacy does not hold its root to the Punjabi community, yet it holds a predominant position in Punjabi cuisine. The biryani at Urban Tadka is mild yet tasty and an absolute delight to taste buds. The portion solves the purpose of making tummies happy.
Where: Ghatkopar, Kandivali
What to order: Jhinga Di Biryani, Mutton Biryani, Murgh tadka Biryani

4. Cafe Noorani: If ambience does not matter, but food does, then drop in to this legendary Mumbai restaurant. Here, you will not only get the regular chicken and mutton biryani, but also unique ones like Surmai Biryani, Fish Tandoori Biryani, Mutton Tikka Biryani, to name a few. Spice infused meat gravy topped with white rice, is what biryani at Cafe Noorani looks like. The quantity can overload you while the taste can simply make you drool.
Where: Tardeo
What to order: Mutton Biryani, Chicken Tikka Biryani, Arabian Biryani 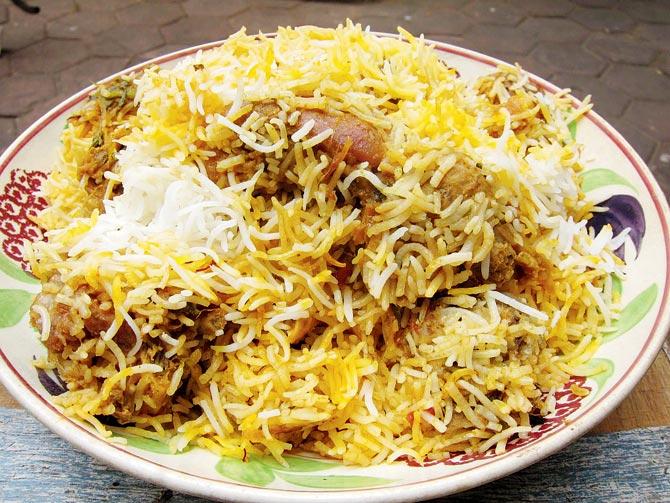 5. Delhi Darbar: As the name suggests, the restaurant represents the royal culture of Indian heritage in terms of food as well as ambience. The Indian cuisine prepared with authentic spices will remind you of the Mughal era. Out of a multitude of Indian dishes offered in the menu of Delhi Darbar, biryani occupies the predominant position. Tender meat, finely cooked rice, and, perfect mix of spices make the it delicious and satiating meal.
Where: Colaba
What to order: Paneer Tikka Biryani, Chicken Tikka Biryani, Chicken Biryani

6. Persian Darbar: Yet another Mughal style restaurant offers one of best biryanis in Mumbai. The biryani here is yummy in taste and superb in quantity. Do drop in to this reputed Mumbai restuarnts if you wish to pamper your taste bud with biryani cooked in the style of Mughals.
What to order: Chicken Biryani, Fish Biryani, Mutton Tikka Biryani.
Where: Andheri (East), Bandra (West)

7. Hangla’s: Kolkata and biryani walk hand-in-hand. While it is very difficult to find Kolkata style biryani, better known as Lucknowi biryani, outside the City of Joy, Hangla’s paid attention to the need of food lovers and came up with the same variant. The restaurant has a very small menu and offers only the basic chicken and mutton biryani. The presence of potato at Hangla’s biryani make it a typical Kolkata biryani that Bengalis love to eat.
Where: Chakala, Powai, Oshiwara, Bandstand, Kandivali, Lower Parel, BKC.
What to order: Chicken Biryani, Mutton Biryani

9. Kakori House: Though known for succulent kebabs, Kakori House is also one stop destination for biryani lovers. The biryani is luscious, spicy, and meat in it is perfectly marinated, that give the dish an unforgettable taste. Along with a plate of succulent kebabs, do not forget to order a bowl of juicy biryani too.
What to order: Dum Murgh Biryani, Mutton Biryani, Dum Ghosty Lucknowi Biryani
Where: Mahim, Sakinaka, Oshiwara, Grant Road, Bandra (West) 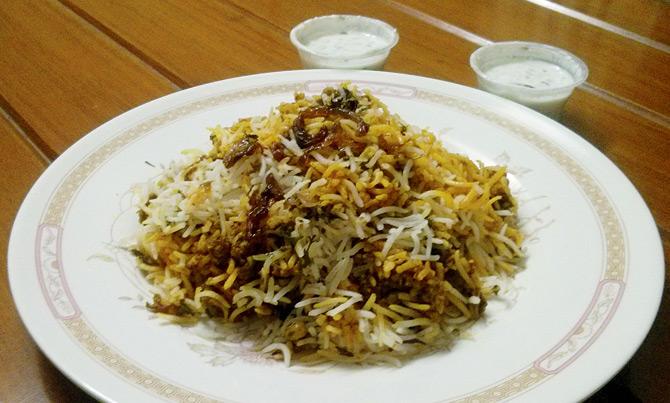 10. The Brothers’ Biryani House: It is few of those Mumbai restaurants where you can chat over a plate of biryani. Moist chicken, aromatic spices, dum flavour and fine cooked rice give the dish a delicious taste and drooling look. You will definitely not feel the hole in your pocket here.
What to order: Chicken Dum Biryani, Lucknowi Mutton Dum Biryani, Egg Dum Biryani
Where: Powai

Next Story : Mumbai Food: Kamala Mills in Lower Parel is a haven for foodies