Inside the museum's operation theatre

CSMVS is home to over 50,000 exhibits that require constant TLC. Walk with mid-day's second edition took 10 readers for an all-access experience into their no-access conservation lab. 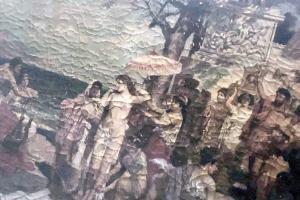 A section of a European painting before

The excitement among the 10 mid-day readers to get on with the tour was palpable as they waited for the gates of Chhatrapati Shivaji Vastu Sangrahalaya (CSMVS, formerly Prince of Wales Museum) to open. The second edition of Walk With mid-day was going to be different from the first, since there was a walk as well as an experience of how the team at the Conservation Centre restores objects from its treasured collections.

The 95-year-old baobab tree was where the group assembled. Here, Fiona Fernandez, Features Editor of mid-day gave them a detailed introduction of the architectural and historic relevance of the landmark. She discussed the 38-tonne Rifled Muzzle Loader canon, probably one of the city's largest that was discovered and restored while creating the Children's Museum last year. 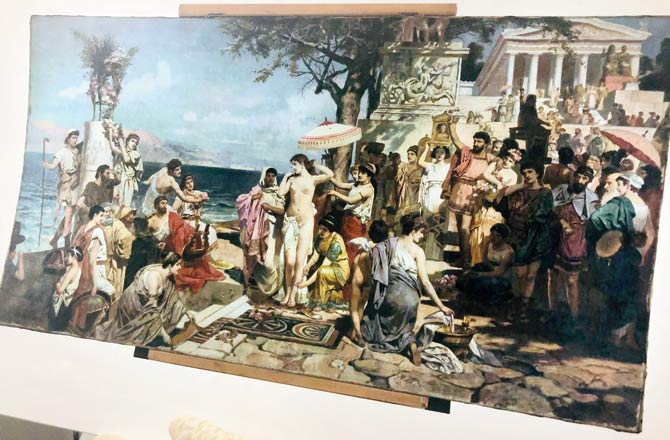 After it was restored

Nikhil Ramesh, assistant curator (photographic, paper and conservation management) from the Conservation Centre, joined the group and took over as they headed into the Indo-Saracenic building. While speaking about the workings of the centre, he shared that only 20 per cent of the museum's collection is on display at any given time. The first halt was at the Sculpture Gallery, where the Sheshashayi Vishnu exhibit (7 AD) sourced from Aihole, was discussed to show how a seepage problem in the wall that held it was addressed easily and smartly by a 2-inch gap between the relief and the wall.

The second halt was at the Pre-Historic Gallery, where storage jars from the Harappan period were preserved in a tableaux setting to recreate life in that era. The third stop was at the Indian Miniature Painting Gallery, where participants were introduced to the importance of research in correct chemical compositions of materials. He shared a curious fact: Artisans who used the India yellow pigment fed mango leaves to cows, and dried their urine. The last stop before the centre was the Himalayan Art Gallery. Here, he used the Bodhisattva Maitreya display from Nepal, dating back to 13 AD, as an example to explain the advancements made in laser technology to minimise intervention. Satiated with information on how displays are showcased, the group headed to the Conservation Centre. 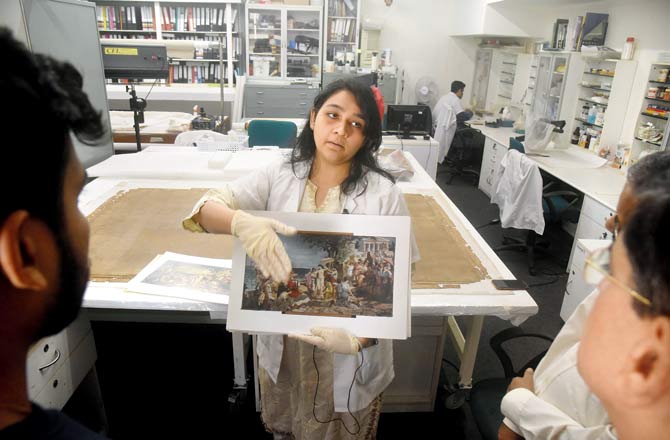 Here, scientist B Pownthurai introduced the group to a hand-held XRF analyser that tracks the quality of any given metal; it drew high interest from the group, with everyone waiting for the results as one of the participants offered his gold chain for testing. The group stepped inside, and held on to every word shared by conservator-restorers Madniya Mozawala and Swapnil Sutar, who offered insight on techniques to restore a European painting and a Rajasthani jewel box, respectively. The final halt was a scene straight out of a traditional darzi shop in the old lanes of Kanpur. A raffu (darning) expert, A Salam Ali, patiently restored a piece of fabric that left everyone in a state of awe, possibly long after they left the building. 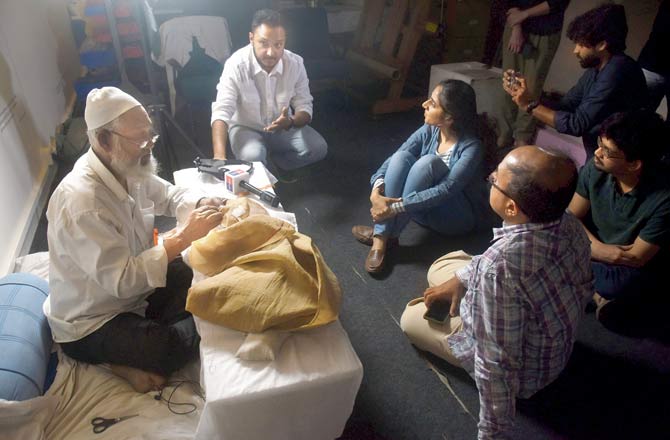 Ninad Phatarphekar, Entrepreneur
It was a great idea to give us insights into the finer details of conservation inside CSMVS. The team's effort is commendable. It was educational for me, personally.

Gauri Devidayal, Restaurateur
This experience by mid-day and CSMVS gave the museum a whole new meaning for me, from so many perspectives. I look forward to the next walk.

Hashim Mirza, Entrepreneur
This session offered a rare peek into the conservation section, where we had a first-hand experience of the work and effort that goes into preservation of the past for future generations. 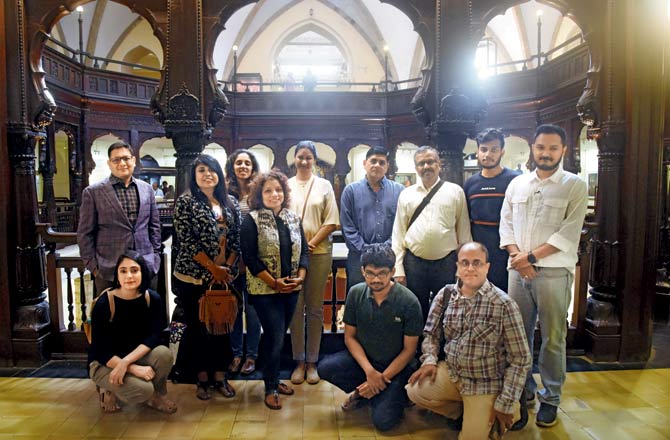 The group of mid-day readers inside CSMVS. Pics/Atul Kamble 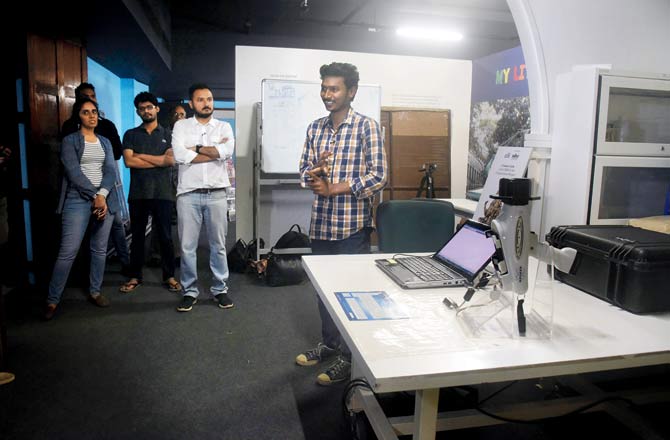 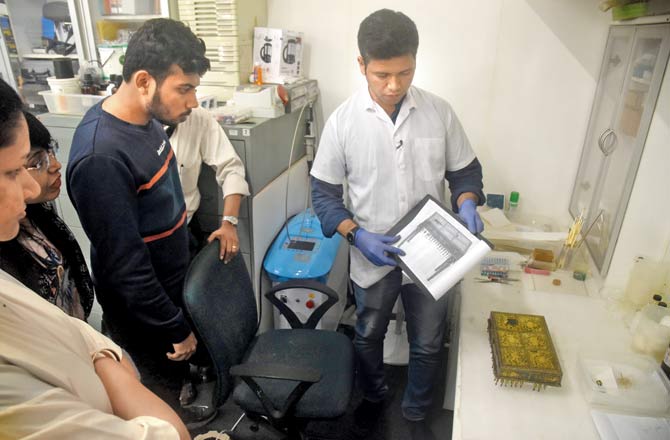 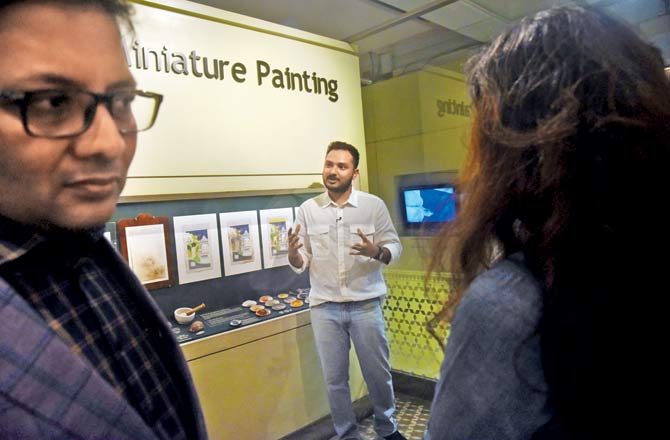 Next Story : Hang on to these words