1993 Mumbai blasts: After being on the run, Gujarat ATS apprehends four accused with fake passports

Thirty years after they escaped the country—and justice—four Mumbai blast accused nabbed in Ahmedabad while trying to renew their fake passports; question is: how did they get away for so long? 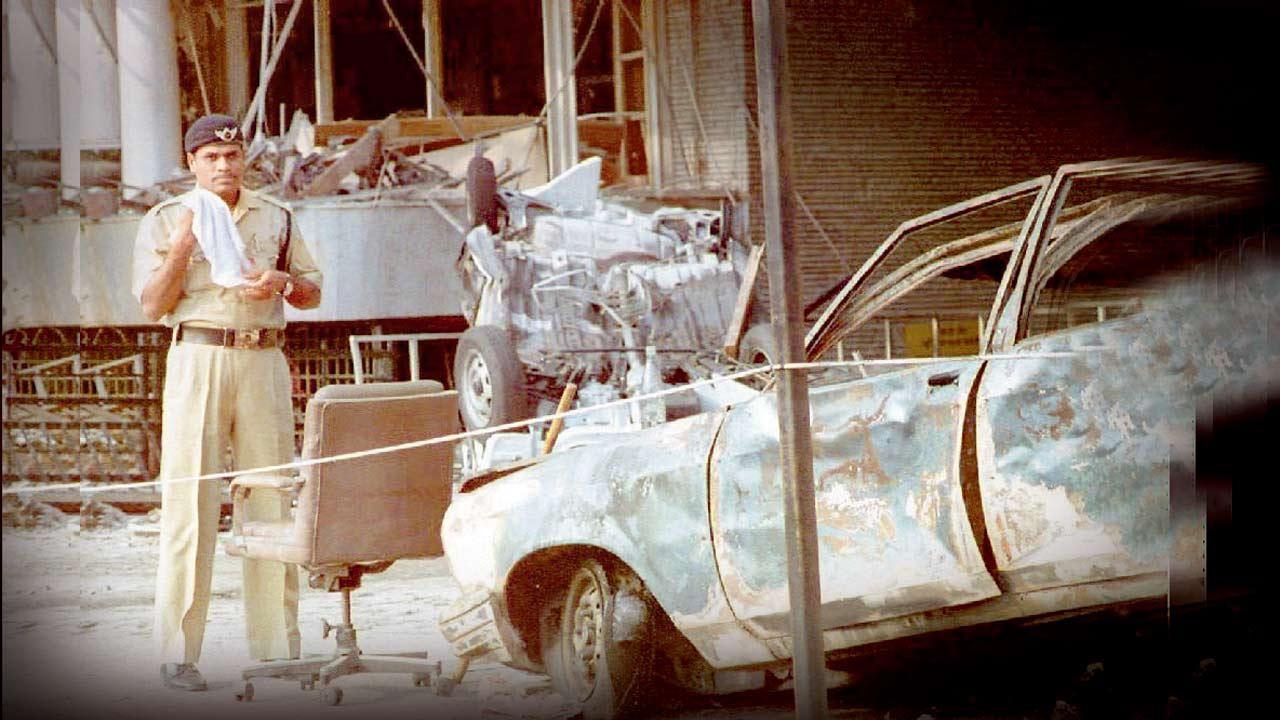 A cop stands next to a charred car outside the Air India building, on March 14, 1993. Pic/AFP


Thirty years after the deadly serial blasts in Mumbai, the Gujarat Anti-Terrorism Squad (ATS) has apprehended four wanted accused with fake passports in Ahmedabad. The men, absconding since the 1993 bombings, were living in the Middle East under a different identity and had come to India to renew their passports, said officers.

The Gujarat ATS suspects the accused were frequently travelling in and out of India, as one of them [Shoeb Qureshi] had come to Bengaluru in 2000 to renew his passport and even visited Mumbai. But he managed to dodge the probe agencies using his fake identity and returned to their hideout in the Middle East. 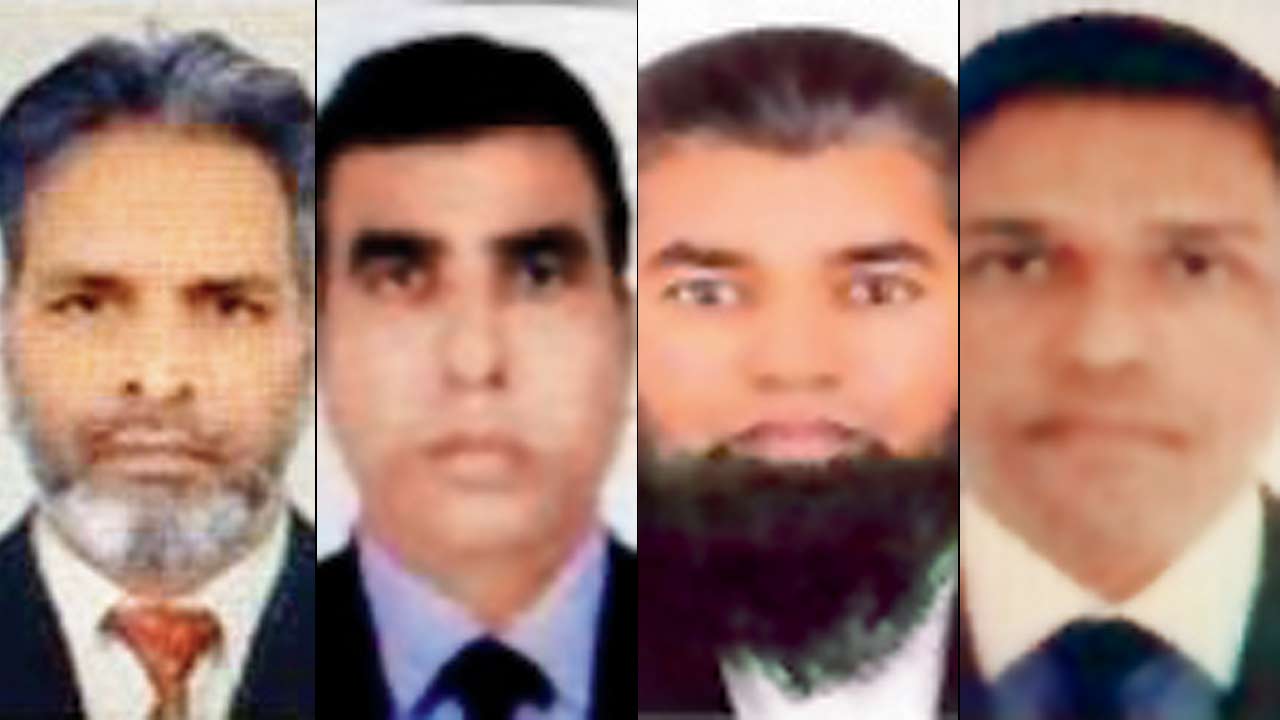 The four were apprehended from Sardarnagar in Ahmedabad, on May 12, after Deputy Superintendent of Gujarat ATS Kanubhai K Patel received an intelligence input. The accused are in their custody for eight days.

“The four individuals were found in possession of Indian passports procured from Bengaluru and Chennai. The initial information was about them being in possession of Indian passports obtained with the help of fraudulent documents. However, during the course of investigation over the past five days, we found out their real identity, based on which we got their records. They were absconding in the deadly 1993 serial blasts in Mumbai,” Deepan Bhadran, deputy inspector general, Gujarat ATS, told mid-day. 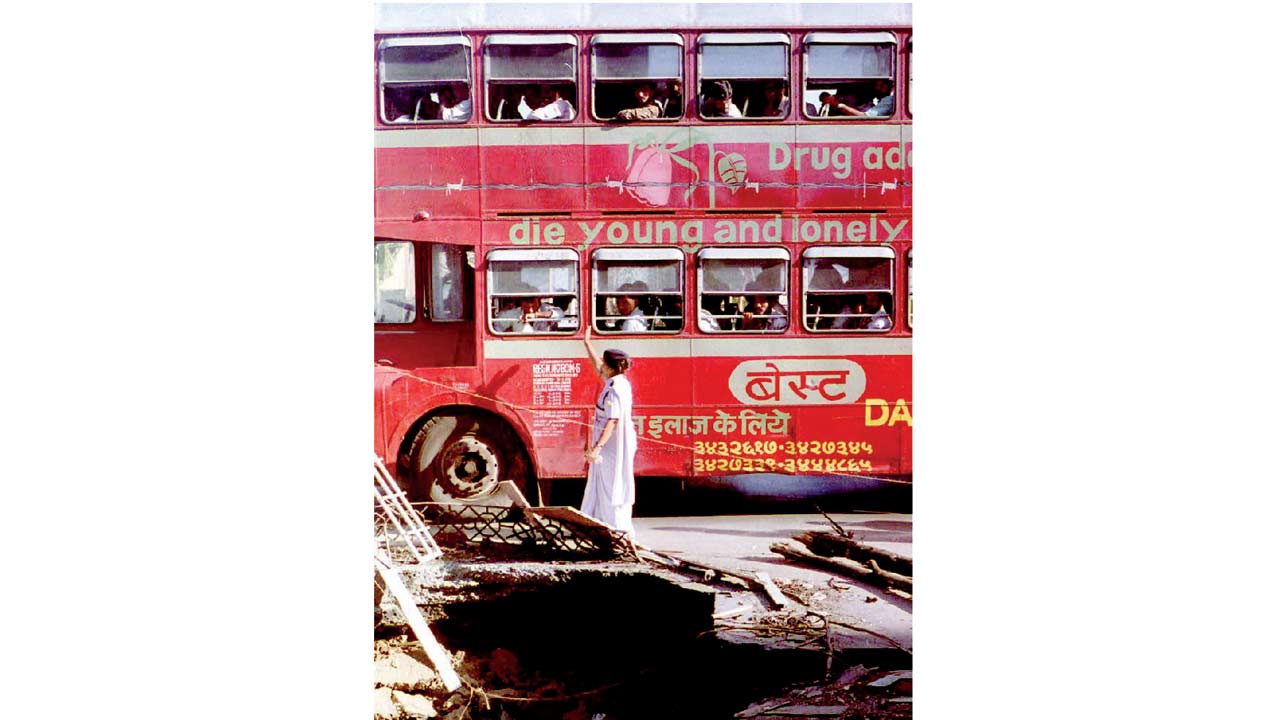 “After verifying their travel documents, we learnt that they made multiple visits to Saudi Arabia, Oman and also Bangladesh. Upon verification, it was found that passports were obtained with fraudulent documents,” he said, adding that they have been booked under various IPC Sections and under the Passports Act.

We also found red corner notices, issued by the CBI, against the four, Bhadran said. “Their passports were to expire next year, so they came to India to apply for renewal,” said an officer from the Gujarat ATS. “We are also probing how they procured passports with fake documents despite the existence of red corner notices against them. Possibilities of the involvement of insiders cannot be ruled out,” the officer added.

The Gujarat ATS has sent their passport to the forensic team and has also written to the passport offices of Bengaluru and Chennai for details of identification and issuance. After the investigation into the fake passport case is complete, the Gujarat ATS will hand over their custody to the Special Task Force of the CBI which is probing the 1993 blasts. 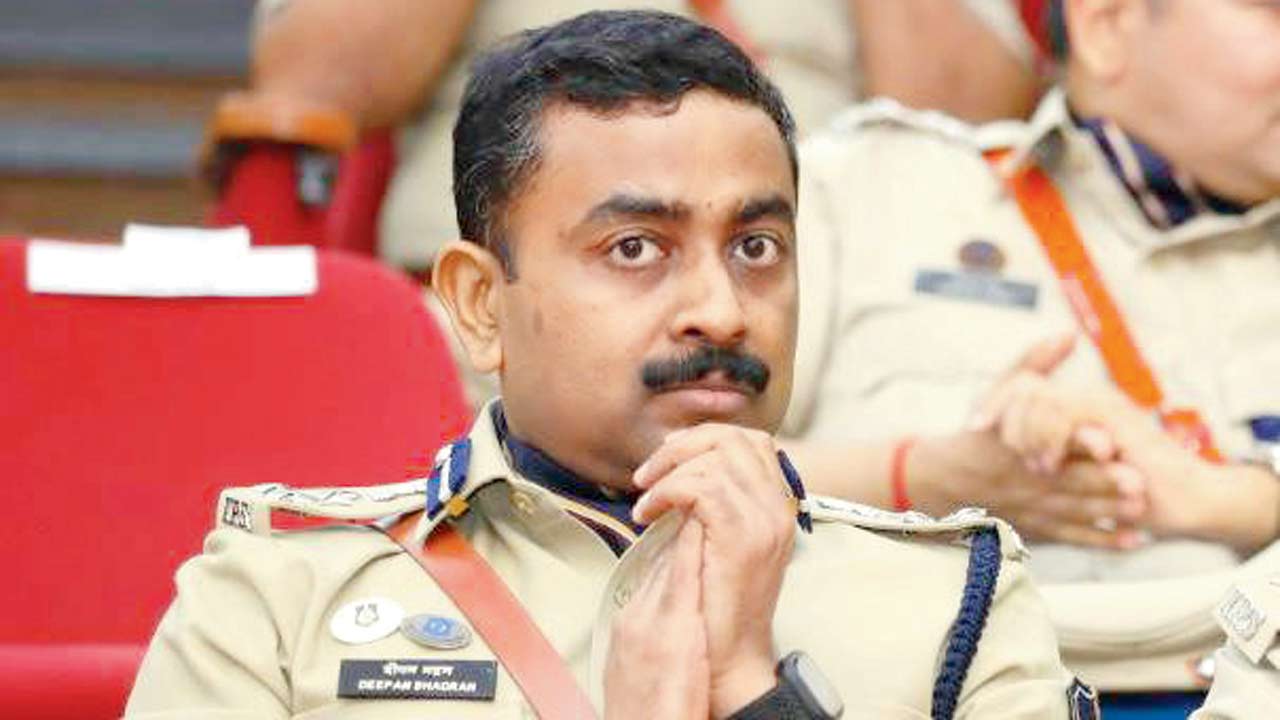 “This Gujarat ATS operation that led to the arrest of the four absconders of the Bombay blasts is by far the highest in terms of number of accused arrested, ever since the case had been charge sheeted by the investigating agencies and this operation further highlights the untiring efforts of the Indian government to pursue absconders in a case that shook the country nearly three decades ago,” Gujarat ATS statement read.

A series of bomb blasts from 1.30 pm to 3.40 pm rocked the city on March 12, 1993, killing 257 people and injuring over 700 others. Properties worth Rs 27 crore were destroyed. The Maharashtra police initially investigated the incident and later the CBI took over. On November 4, 1993, a charge sheet was filed against 189 accused, including various absconders, and after the trial, the designated court convicted 100 people in September 2006 for their role in the blasts. The investigation revealed the acts of terror were committed by various underworld elements owing allegiance to the gang of Dawood and were actively aided and abetted by the ISI.

The initial probe by the Gujarat ATS had ascertained that the four men were from the gang of Mohammad Dossa and Mustafa Dossa, who was an associate of fugitive underworld don Dawood Ibrahim. While Mustafa was convicted in the 1993 blasts and died from a heart attack in 2017, Mohammad Dossa is still at large. According to the Gujarat ATS, the four men were in the meeting that took place in the Middle East ahead of the blasts. They had also gone to Pakistan to undergo weapons and IED training. Dossas ran a smuggling gang and the four were part of it. “These accused persons were associated with individuals who had conspired to organise and commit acts of terrorism and destruction in India at the behest of Inter-Services Intelligence (ISI) of Pakistan and associates of Dawood Ibrahim Kaskar, a UN designated global terrorist,” read a statement from the Gujarat ATS.

The initial probe by the Gujarat ATS had ascertained that the four men were from the gang of Mohammed Dossa, who was an associate of fugitive underworld don Dawood Ibrahim. Dossa  was convicted in the 1993 blasts and died from a heart attack in 2017.  According to the Gujarat ATS, the four men were in the meeting that took place in the Middle East ahead of the blasts. They had also gone to Pakistan to undergo weapons and explosives training.