Inside dope on the offshore drug raid: How NCB infiltrated cruise-liner party

Officials claim they planned op for more than a week and even sent six officers undercover on board vessel; but yet have little to show in their haul 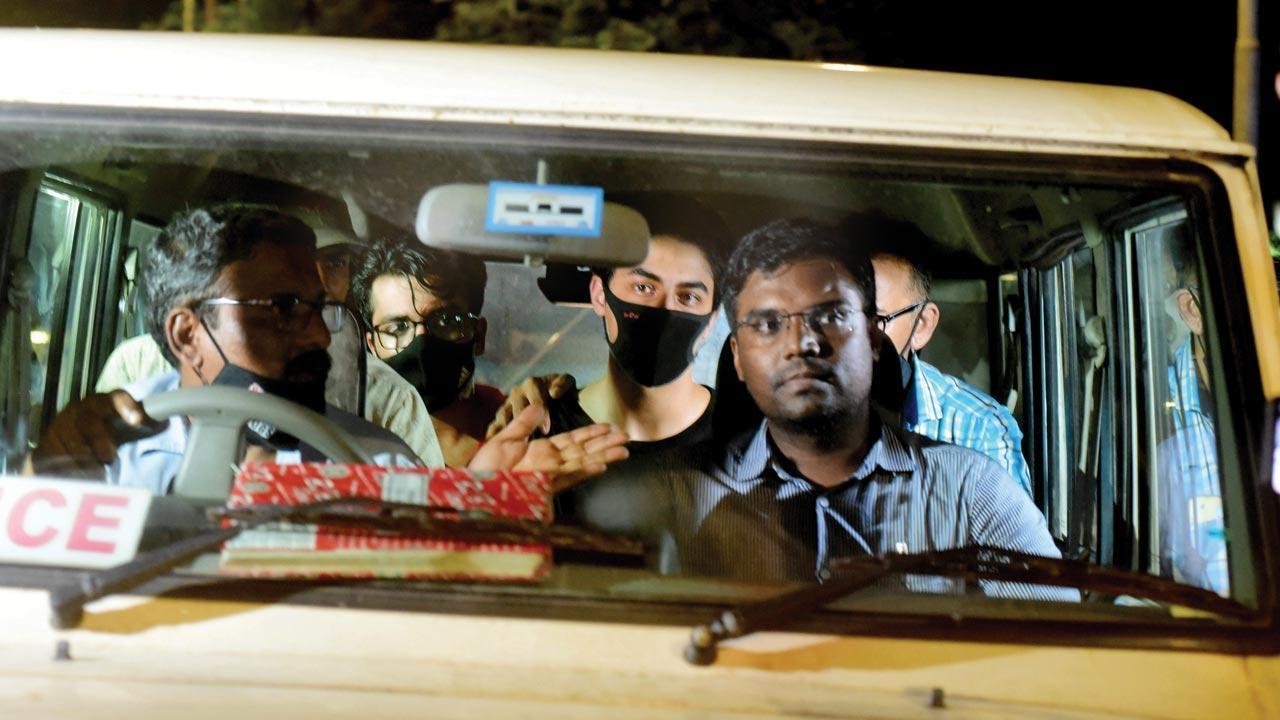 
It took a week of elaborate planning for the Narcotics Control Bureau to bust a drug party that unfolded on a cruise mid-sea and arrest actor Shah Rukh Khan’s son Aryan on Sunday. The NCB pressed 25 of its officers on the job and six of them got on board the vessel in partywear. Sources said Aryan looked nervous during the security check, raising the NCB’s suspicion.

A week ago, the NCB got a tip that some kids from affluent families were looking for drugs that they could carry for a mid-sea party, said sources. As officers dug more, they found out that the drugs were supposed to be used onboard the newly launched Cordelia Cruises that operates between Mumbai and Goa. “Till this time we had no clue about who these kids were,” said an NCB officer requesting anonymity as he is not authorised to speak to the media. 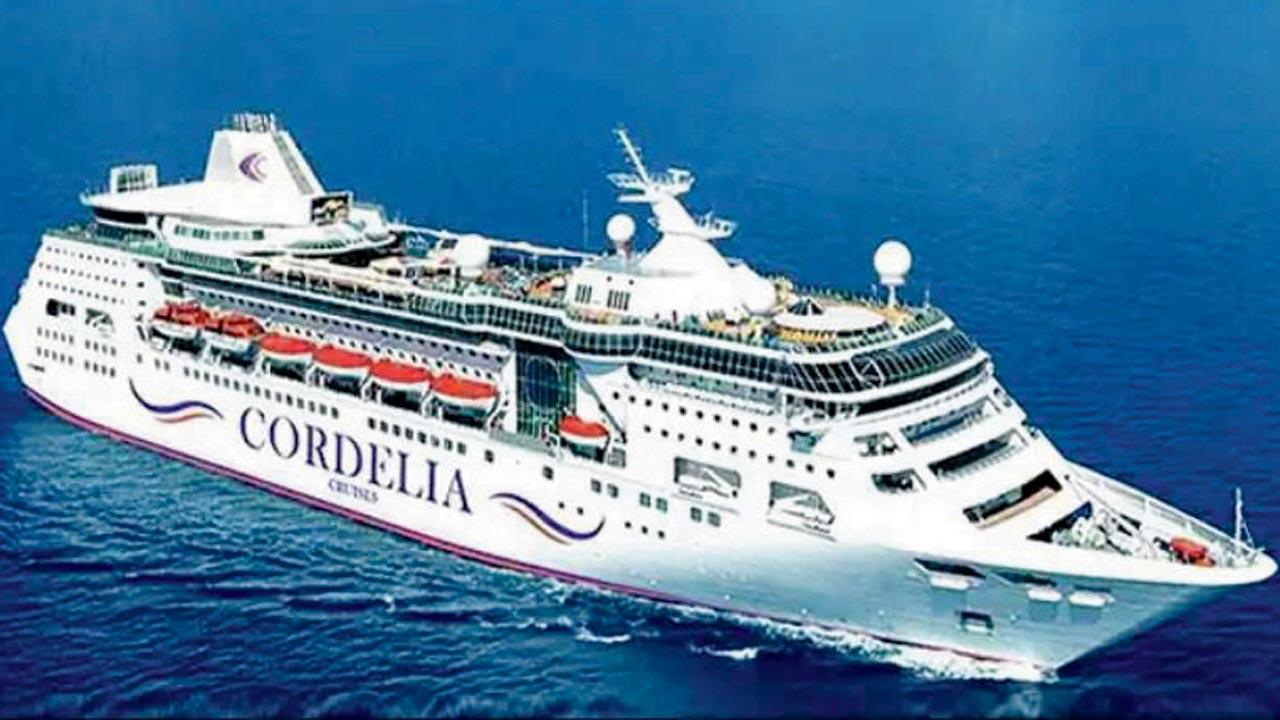 Cruise liner Cordelia where the party was busted

The planning took off on that piece of information. “It was decided that NCB officers would pose as partygoers as it was the only way to catch the users red-handed,” he said. But there was a huge concern. “In many drug busts, culprits are often alerted even before the raiding party reaches them. The drugs are disposed of and it gets very tough in the court to substantiate the case,” said the senior officer.

NCB readied six officers to infiltrate the luxurious cruise liner as revellers. It paid Rs 80,000 for each ticket. To avoid suspicion, it booked the tickets in three lots online.

As the agency could not divert more officers for the operation, it roped in the Central Industrial Security Force (CISF) in case it was to carry out a mid-sea raid. To be on the safer side, it had also kept six boats on standby. Some of the officers had also studied the route of the cruise liner in anticipation of such a situation. 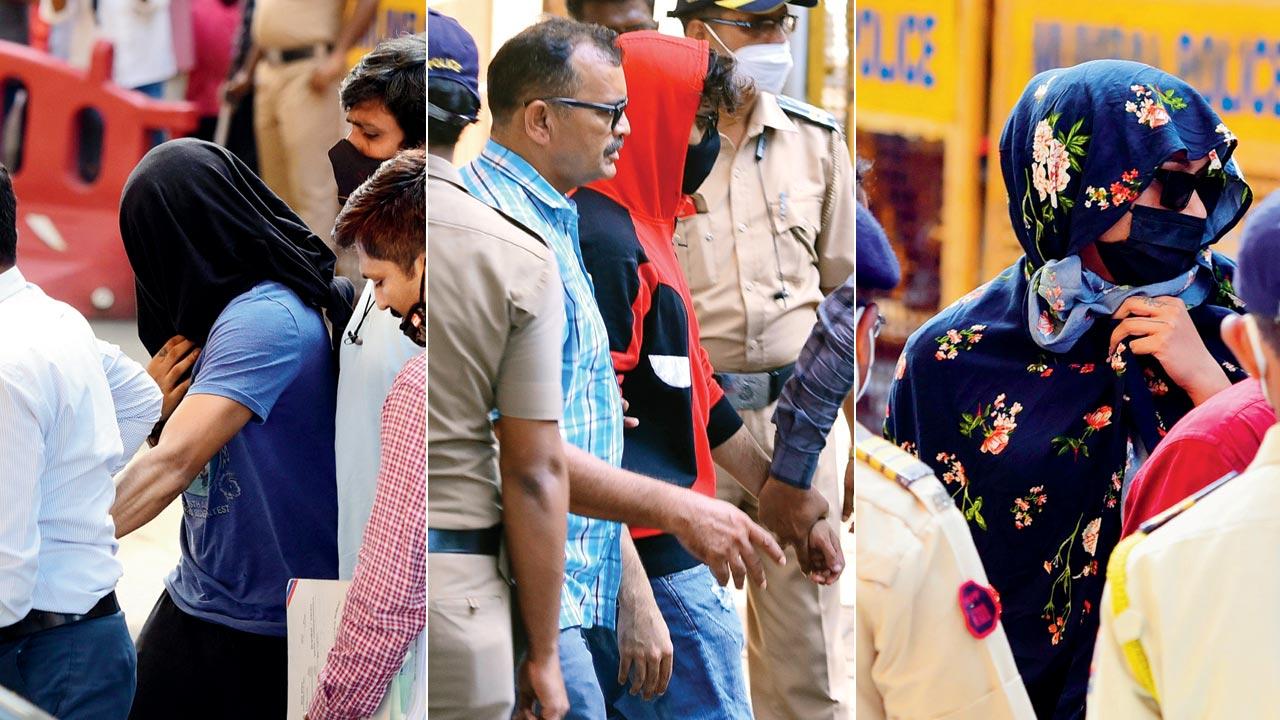 A drug peddler being escorted by officers to NCB office on Sunday; Arbaaz Merchant in the custody of the anti-drug agency; Munmun Dhamecha was among the 8 people involved in the high-profile party. Pics/Shadab Khan

Sources said passengers started trickling in from 10 am onwards on October 1. The undercover officers entered the vessel through the Green Gate in south Mumbai, while a team lay in wait on the shore. “The team kept a close watch on the invitees. We studied their body language at the entrance to ascertain if they are the ones we were looking for,” said an officer.

Once most of the guests were on board, some staff from the cruise requested the CISF to make a free passage for some “VIP” guests so that they could avoid the queue. The CISF agreed to allow them in on the condition that they would be subjected to mandatory checks.

“Soon Aryan Khan and Arbaaz Merchant came inside as VIP guests, their I-cards were checked. As their belongings were being scanned including Arbaaz’s shoes, Aryan got nervous and it alerted the NCB officers. They smelled a rat and thoroughly checked the shoes and found drugs in them. Arbaaz and Aryan were then detained for questioning,” said the officer. The duo told the NCB that they were part of an 8-member group and the rest of them had already boarded the cruise.

“It was at this moment that we decided to conduct our operation before the cruise left the dock. Those who had gone inside were identified and searched. Eventually, we took them into custody,” the officer added.

Another NCB officer told mid-day, “When the NCB started the raid inside the cruise, some people who were at the entry point went back from there itself. Zonal Director Sameer Wankhede was around the Green Gate during that time. As soon as the drugs were recovered we informed him and he entered the cruise.”

22 pills
No of MDMA pills seized