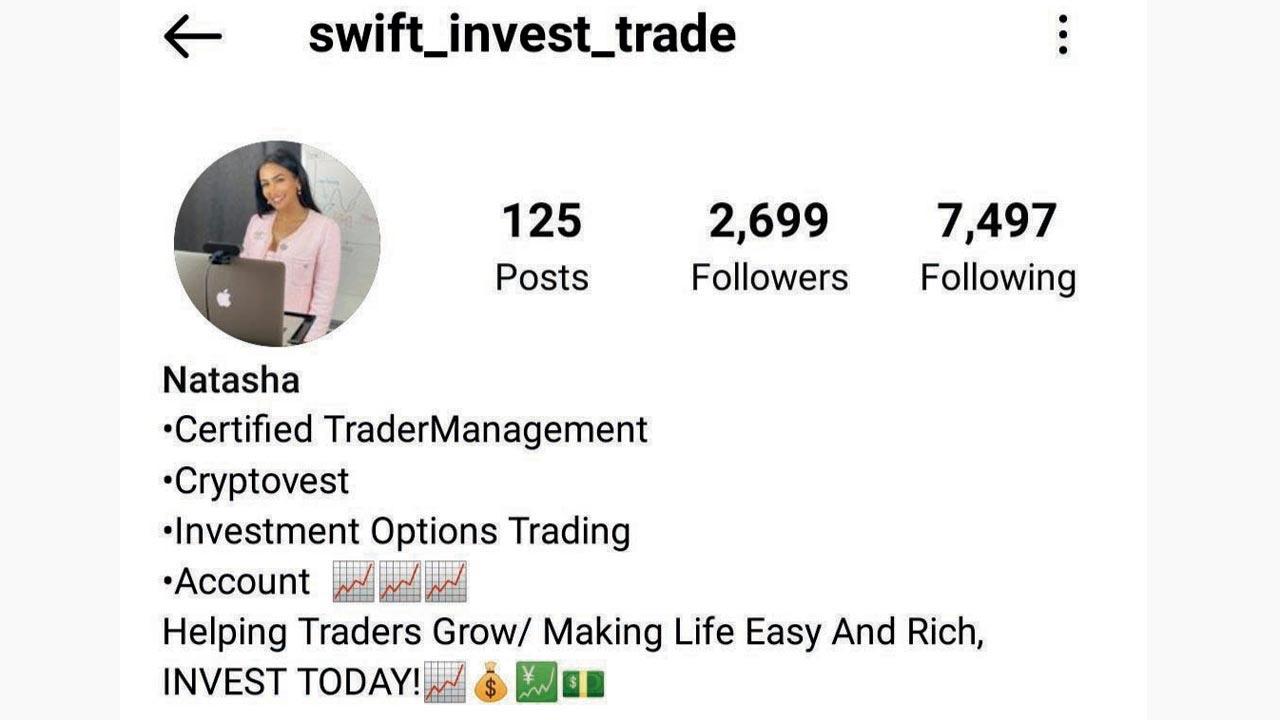 
In a unique case of online fraud, a bank official was cheated of Rs 1.50 lakh by scamsters, who promised him huge returns on investment in cryptocurrency, on Instagram.

The complainant, Raj Kudhle, 25, on August 6 came across a story by a college friend on the platform, claiming that instant profits were to be made by investing in cryptocurrency.

Kudhle then messaged his friend, asking whether the story was genuine and after being reassured, the youth proceeded to message the handle. A person who called herself Natasha replied.

“I was then told to download the ‘Binance’ app from the Play Store. When I did, I was asked to purchase bitcoin worth Rs 50,000 via the app. I did this on August 7 and, as per Natasha’s directions, transferred the bitcoin to the website swiftlytrade24.com,” said the bank official.

“On August 11, I received screenshots from the trader claiming I had earned Rs 8 lakh from trading,” he added.

When Kudhle asked how to transfer this amount into his bank account, he was asked to pay Rs 75,000 in order to upgrade his account. But on doing so, he was asked to shell out Rs 70,000 as fees to the trading company. When Kudhle said he didn’t have that much money, the scamsters asked to send whatever amount he had at the time.

Kudhle paid Rs 25,000 via UPI. But his ‘earnings’ were not credited to his account.

“Finally, I called my friend and asked whether she had really profited from investing in bitcoin, but I was shocked to learn that her Instagram account had been hacked in the past few days. Many people on her friend list had told her about seeing a story about crypto,” said Kudhle.

“I messaged the account to get my money back but they refused. In fact, a friend sent me a screenshot of the same cryptocurrency story being shared by my Instagram account,” he said.

Kudhle rushed to the Byculla police station and registered an offence against an unknown person under Indian Penal Code sections 419 (cheating by personation) and 420 (cheating) and IT Act 2000.

“We will carry out a technical analysis to learn where the money was transferred to and from where it has been withdrawn,” said Ashok Khot, a senior inspector of the Byculla police station.

Rs 50k
The initial amount the victim was swindled of

Next Story : Mumbai police get threat of '26/11-like' attack; one detained