Thanks to W-beams, it will take Western Railway four months to erect structure as opposed to typical two years for concrete walls 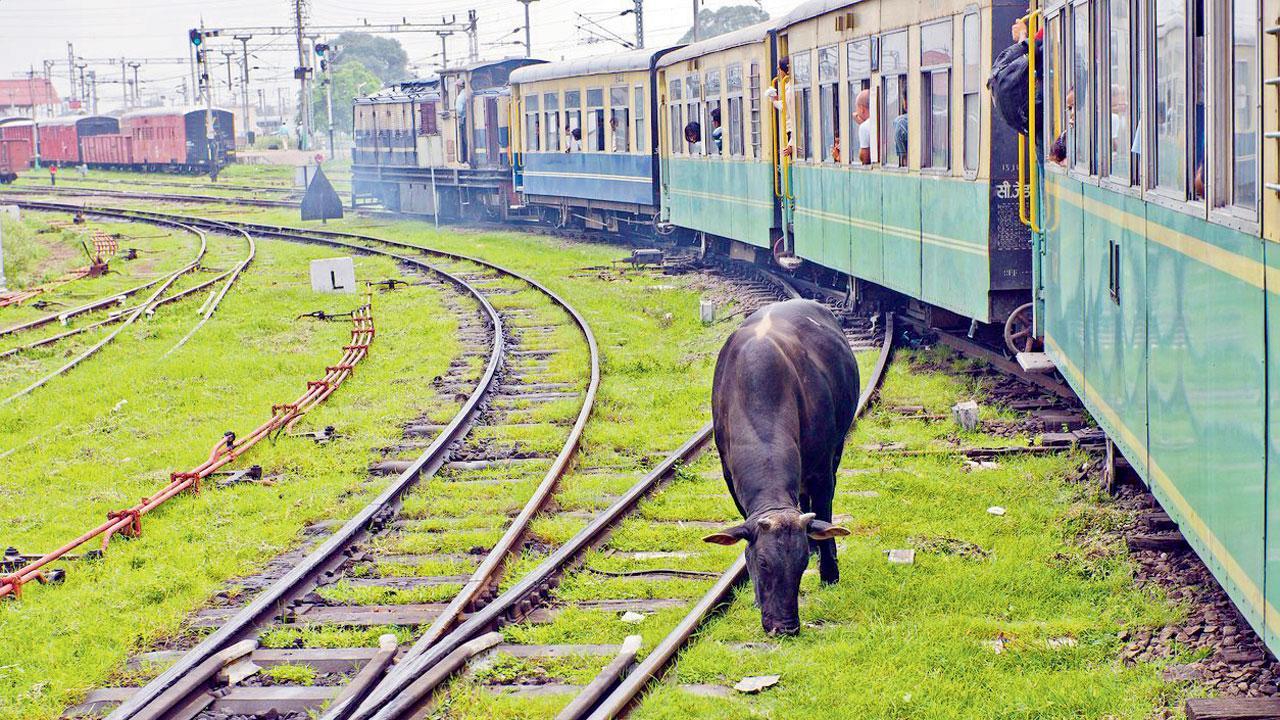 The incidents of cattle being run over affected 200 trains across India in the first nine days of October 2022. Representation pic


Western Railway will be setting up a 400-km fence between Mumbai and Ahmedabad to keep cows and trespassers at bay in light of several instances of trains hitting cattle. The special wall will comprise W-beams to keep cattle in line. It will be 1.5 metres tall from ground level and 5.5 metres away from either side of the tracks. The cost of this wall is Rs 45 lakh per kilometre. A concrete wall of equal length would cost around R65 lakh. W-beam guard rails are common on expressways and highways to prevent vehicles from straying from roads, causing accidents.

“Conventional boundary walls have not been able to keep solve the problem of cattle getting run over by trains. They end up affecting the villagers around the area. So we looked at two specific and different designs. We have approved one, which is a sturdy wall,” an official said. The wall, if made of concrete, would have taken two years to be built, but thanks to W-beams, it can be set up in four months. The deadline for the project is 2023. If the design proves effective, the Railways will utilise it across the nation.

As per national Railway statistics, incidents of cattle being run over affected 200 trains in the first nine days of October 2022. As many as 4,000 trains have been affected so far this year, according to the official ministry data. The nose of a Mumbai-Ahmedabad Vande Bharat Express train, which was launched on October 1, was damaged owing to three incidents where it ran over cattle, in the first nine days of the month.

Till now, the Railways had been erecting concrete walls along tracks, which has not gone down well with the locals and even a little gap in such boundaries poses a big risk. The fencing work will be funded by the Rashtriya Rail Sanrakshana Kosh, which is a Rs 1 lakh crore special safety fund.

Next Story : Mumbai: Cops trap conman who fled with woman’s phone in June