Whatever anger they (Maharashtra government) have against us should not be taken out on the city. Jungles and the environment need to be protected, climate change is upon us," the leader said 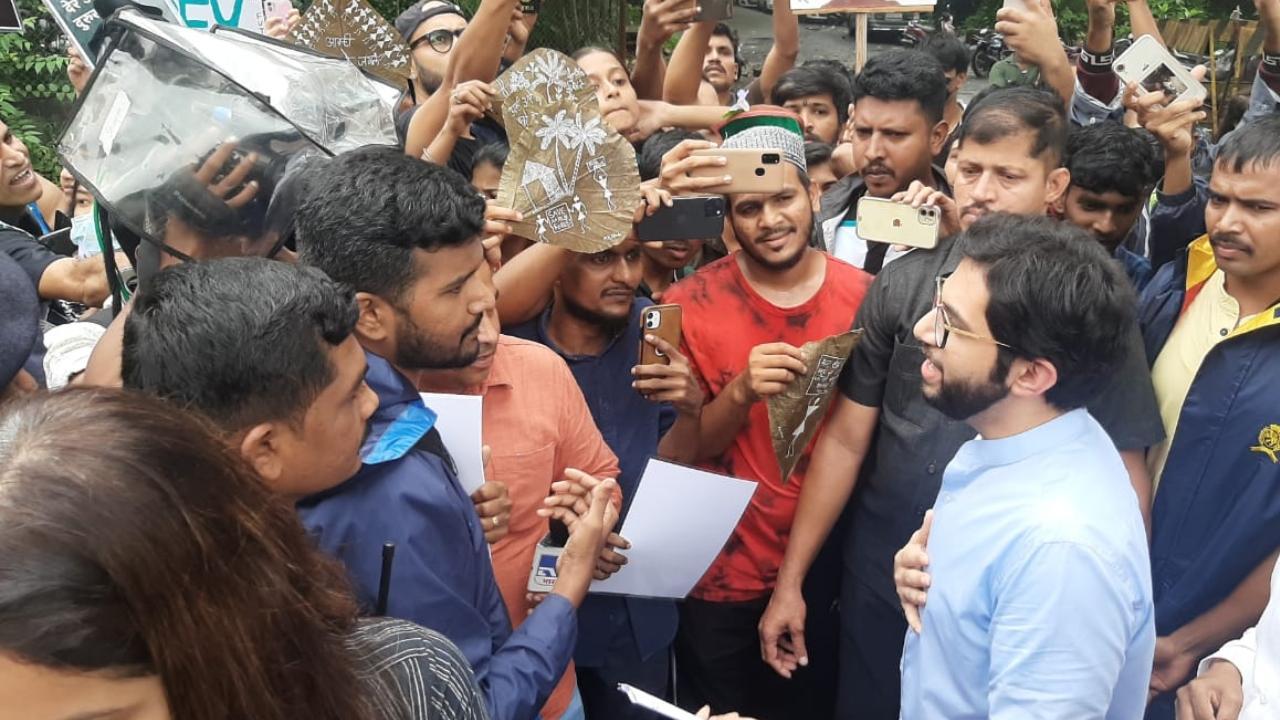 
Shiv Sena leader Aaditya Thackeray on Sunday said he has requested the Maharashtra government to construct a veterinary hospital at the construction site of the Aarey metro car shed.

"Whatever anger they (Maharashtra government) have against us should not be taken out on the city. Jungles and the environment need to be protected, climate change is upon us," the leader said.

He further said, "We had proposed construction to be turned into a veterinary hospital for jungle".

Mumbai Metro Rail Corporation announced its plan to cut down over 2,700 trees from the Aarey colony to build a car shed for the Metro. The colony, spread over 13,000 hectares, is home to over 27 Adivasi villages and has various animal species.

The Bombay High Court in September 2019, verbally directed the Mumbai Metro Rail Corporation Limited (MMRCL) and the state government not to cut any trees in the Aarey forest area for the construction of a metro car shed, to which they agreed.

Later in October 2019, the High Court dismissed all petitions against the proposed cutting down of over 2,500 trees in Aarey Colony of Mumbai to make way for a Metro car shed.

However, the Maharashtra government had stayed the order for the Aarey metro car shed project following massive public agitation in the city.

In 2020, the then Maharashtra Chief Minister Uddhav Thackeray announced that the state government had withdrawn cases registered against people who were protesting against the proposed metro car shed in Aarey.