Even as they fight the Metro carshed, locals have to deal with perilous travel situation due to uneven roads at Aarey Milk Colony 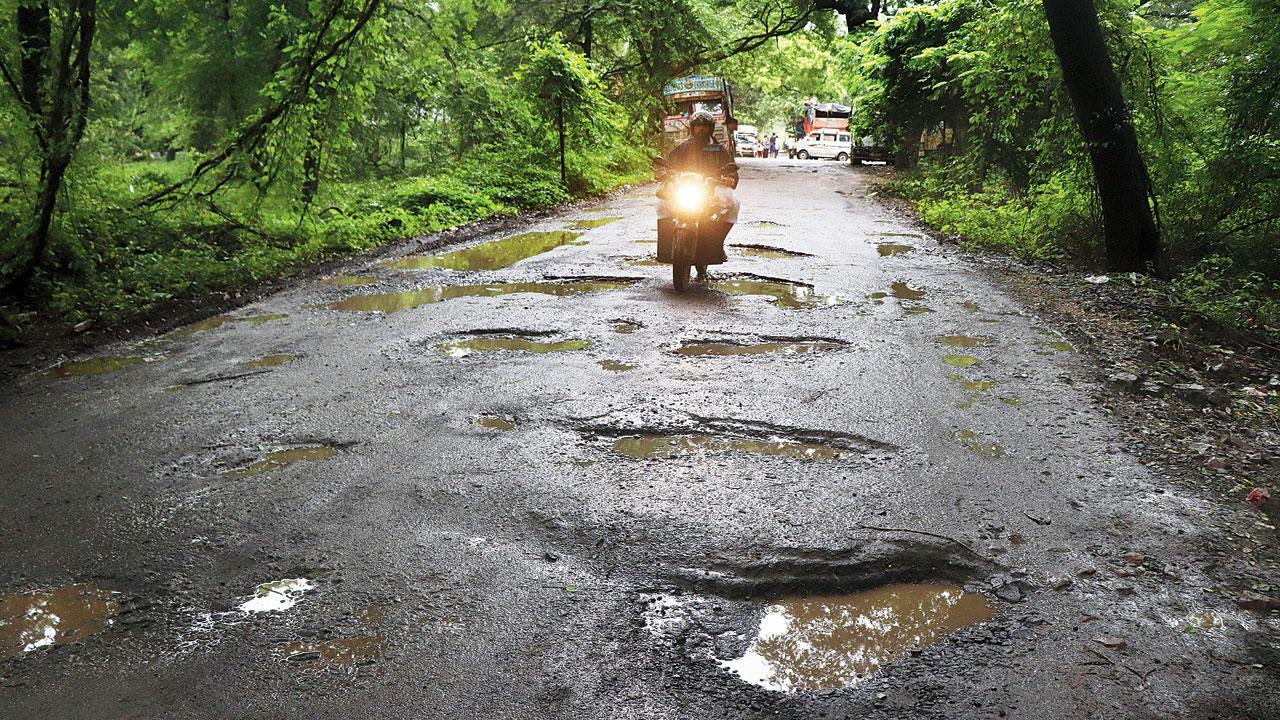 A bike moves gingerly on the roads at Aarey. Pic/Anurag Ahire


Even as the spotlight has turned to potholes on the arterial roads in Mumbai and MMR, the situation of the internal roads at Aarey Milk Colony has gone from bad to worse. At some spots, the roads are pockmarked enough for two-wheeler riders to skid and risk serious injury. “No one is talking about the pathetic condition of pothole-ridden internal roads at Aarey.

For how many more years will we have to face this nightmare,” said Aarey resident Shailendra Dubey. When this reporter visited the stretch between New Zealand hostel and Goregaon check naka, he found that the road was not just pothole-ridden, but also uneven.

Aarey has more than 40 km of internal roads connecting 28 tribal hamlets. In the year 2019, some stretches of roads were repaired, just like it’s done every year before the monsoon, but there has not been any permanent solution to the problem.

Another resident Amit Pathak said, “Are the people staying in Aarey Milk colony not human? The 45-km long internal road stretch will not have less than one thousand potholes. It’s high time that the authorities take serious note about this and repair the potholes on priority before an accident occurs.”

During heavy rain, water accumulates in the potholes and because of the unevenness, riders often risk accidents. The roads are dangerous for pregnant women and senior citizens who have no option, but to use these roads, say residents.

The Brihanmumbai Municipal Corporation has claimed that 5,161 potholes were filled since June 2022. According to the BMC road department, there were nearly 3,000 less potholes compared to those last year between the period of April to July. “BMC has made special squads to fill potholes. Although there is a deadline of 48 hours to fill potholes after receiving complaints, we are trying to fill it in 24 hours,” said Additional Municipal Commissioner P Velrasu.